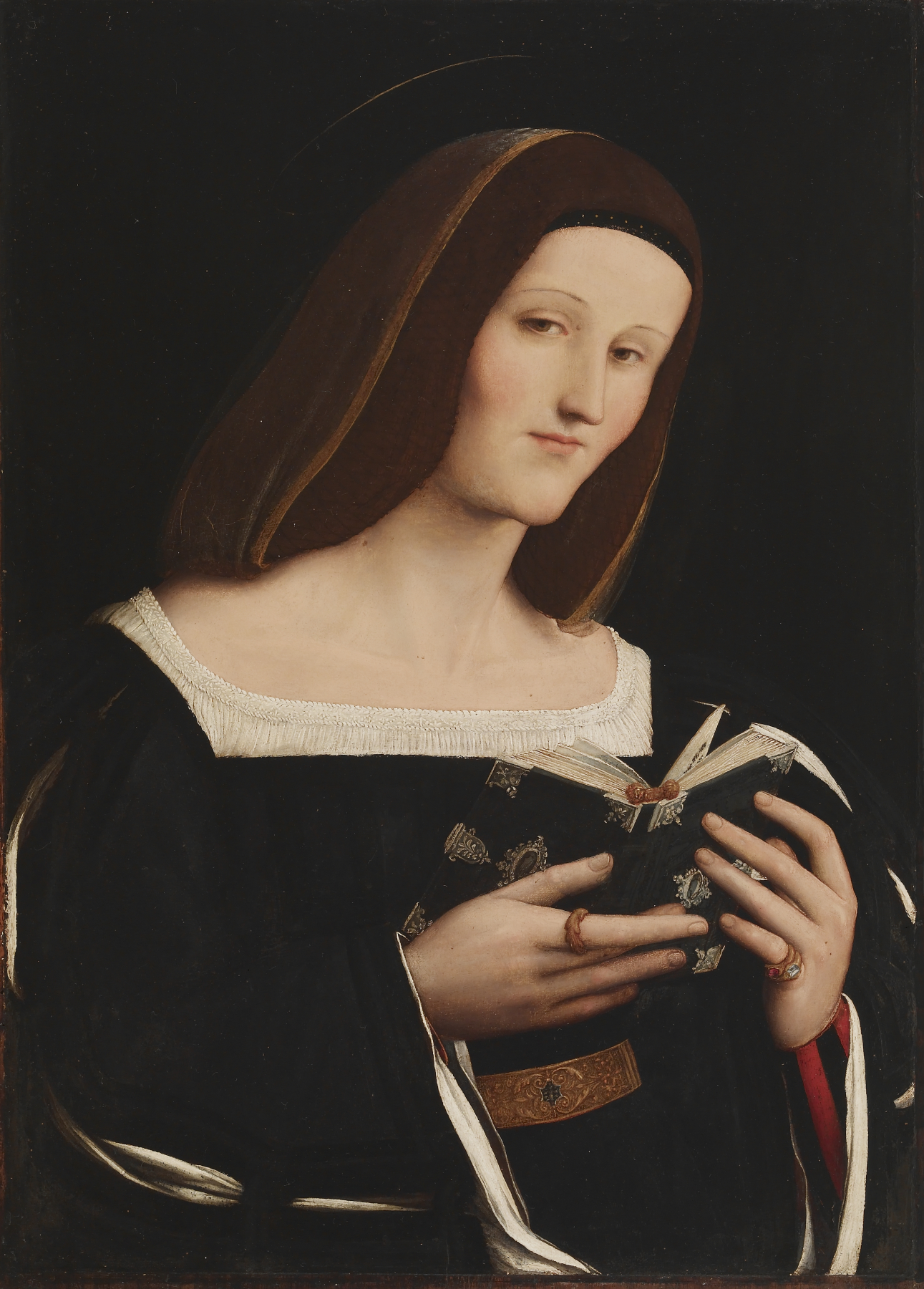 Portrait of a Young Woman as a Saint

The specificity of the portrayal of this young woman and her contemporary attire in combination with the faint remains of a halo indicate that either this is a depiction of a saint based on a close study of a living model to give force to the rendering or it is a portrait of a young woman in the guise of a saint as an expression of piety. Given that there are no further attributes to identify the woman as a particular saint other than her book, surely to be understood as a prayer book, this is most likely a portrait of a young woman of Bologna, the northern Italian city where Aspertini was active. In terms of style, the characterization of the young woman is quite close to similar figures in Aspertini’s Altarpiece with the Virgin and Child, Saints Lucy, Nicolas of Bari, and Augustine (1510) in the church of San Martino Maggiore, Bologna.

[Inscription] Painted in black on reverse: C B B; [Seal] On reverse: red wax seal with coat of arms with fleurs-de-lys

Acquired by Henry Walters, before 1922