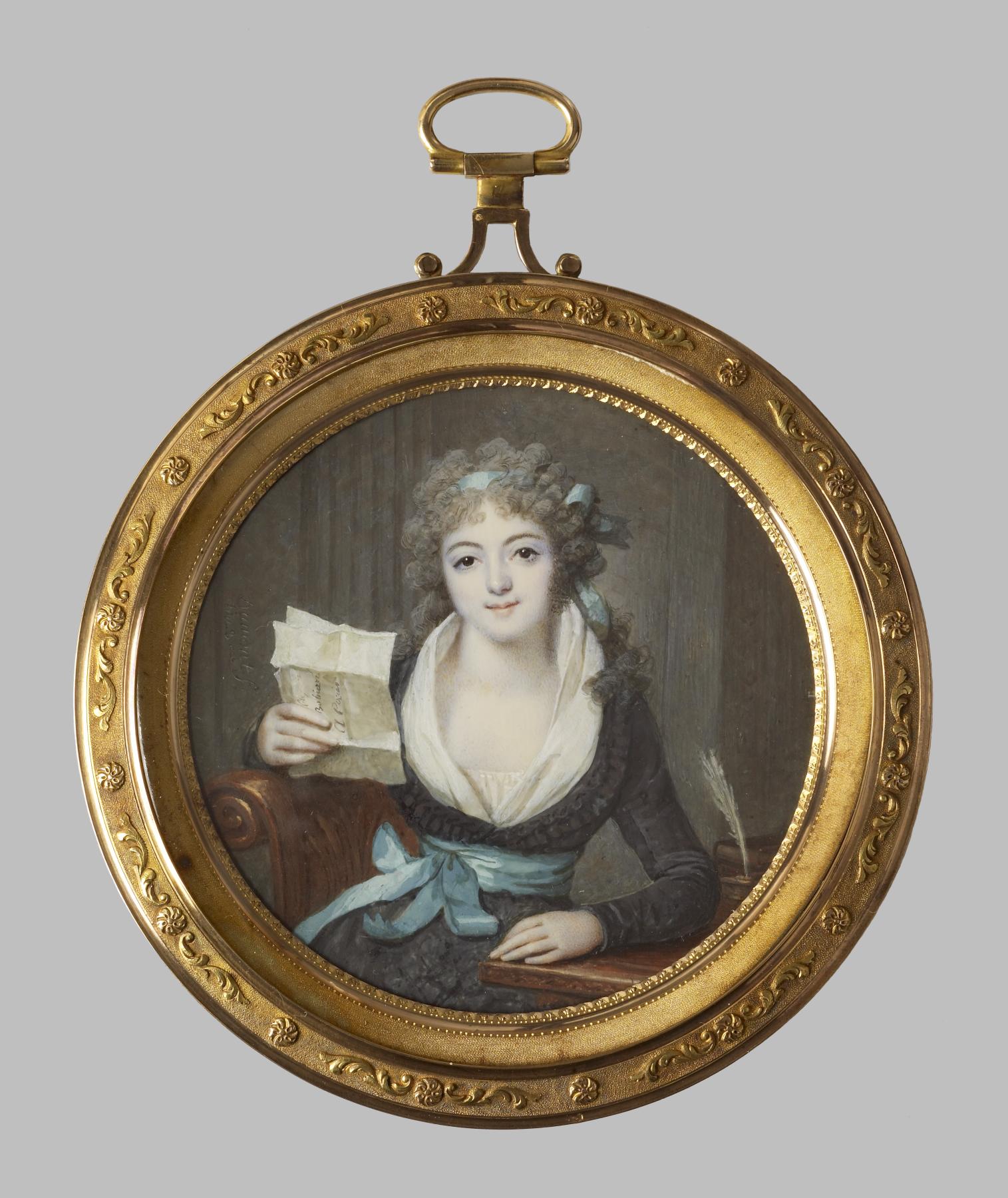 In this circular miniature, Mlle de Montbrizon looks up from her desk with a letter in her hand. Polite and expressive letter writing was a highly prized social accomplishment in 18th-century France. In Paris, the French capital, notes and letters crisscrossed the city; by the mid-century, there were up to nine deliveries of mail each day. Although the sitter in this miniature is shown with a quill and elegant writing furniture, we can tell from the way in which it is folded and addressed that she has received rather than written the letter she holds.