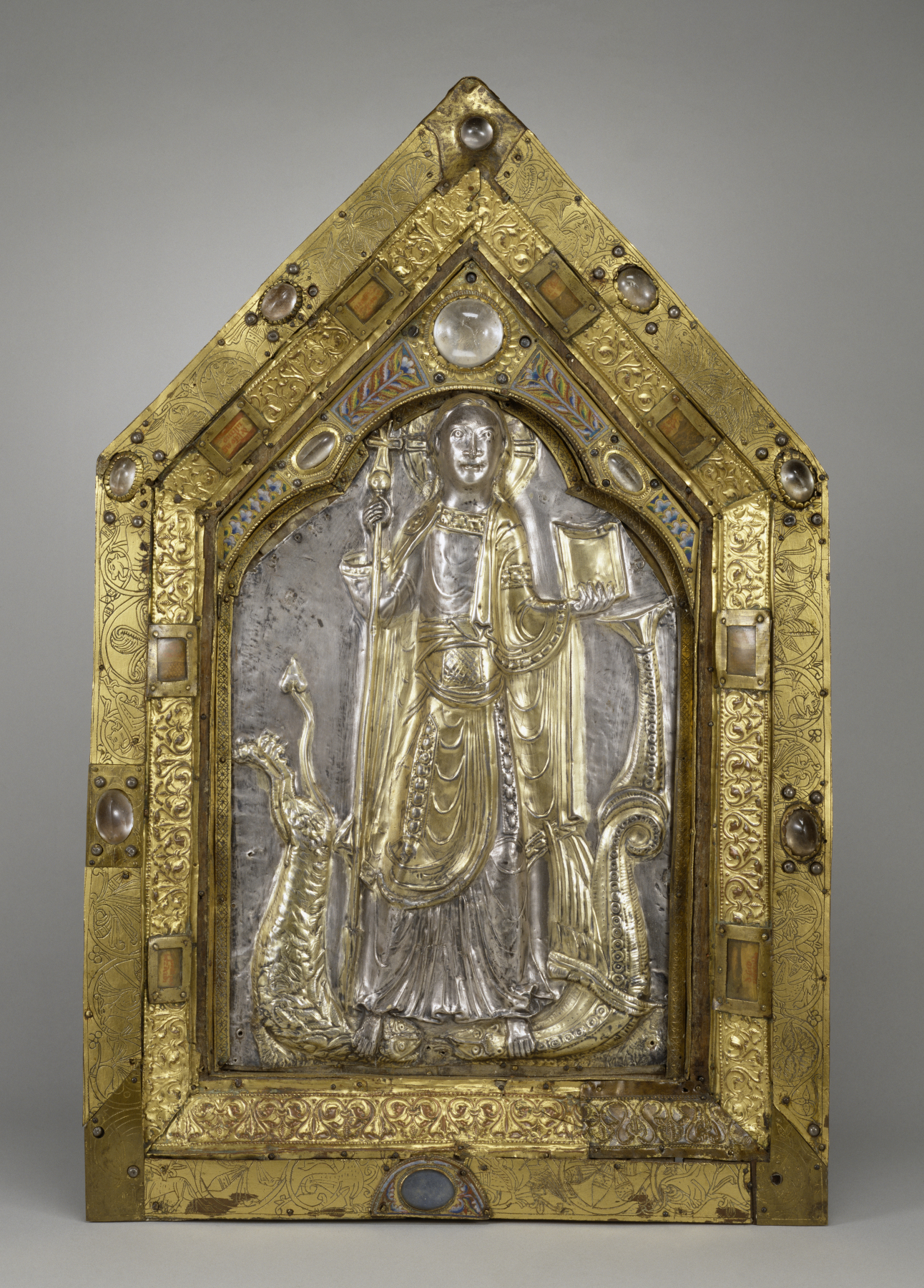 Reliquary Panel of the Triumphant Christ

This reliquary panel illustrates Psalm 91, verse 13, “You will tread on the lion and the adder, the young lion and the serpent you will trample under foot.” Christ, shown beardless, tramples upon evil, symbolized by the lion and the serpent. The panel is from the now lost, 11th-century shrine of St. Oda of Amay. It was mounted in its present frame in the 13th century, and relics were placed under the pieces of translucent horn. The only other surviving panel from this shrine is in The British Museum in London.