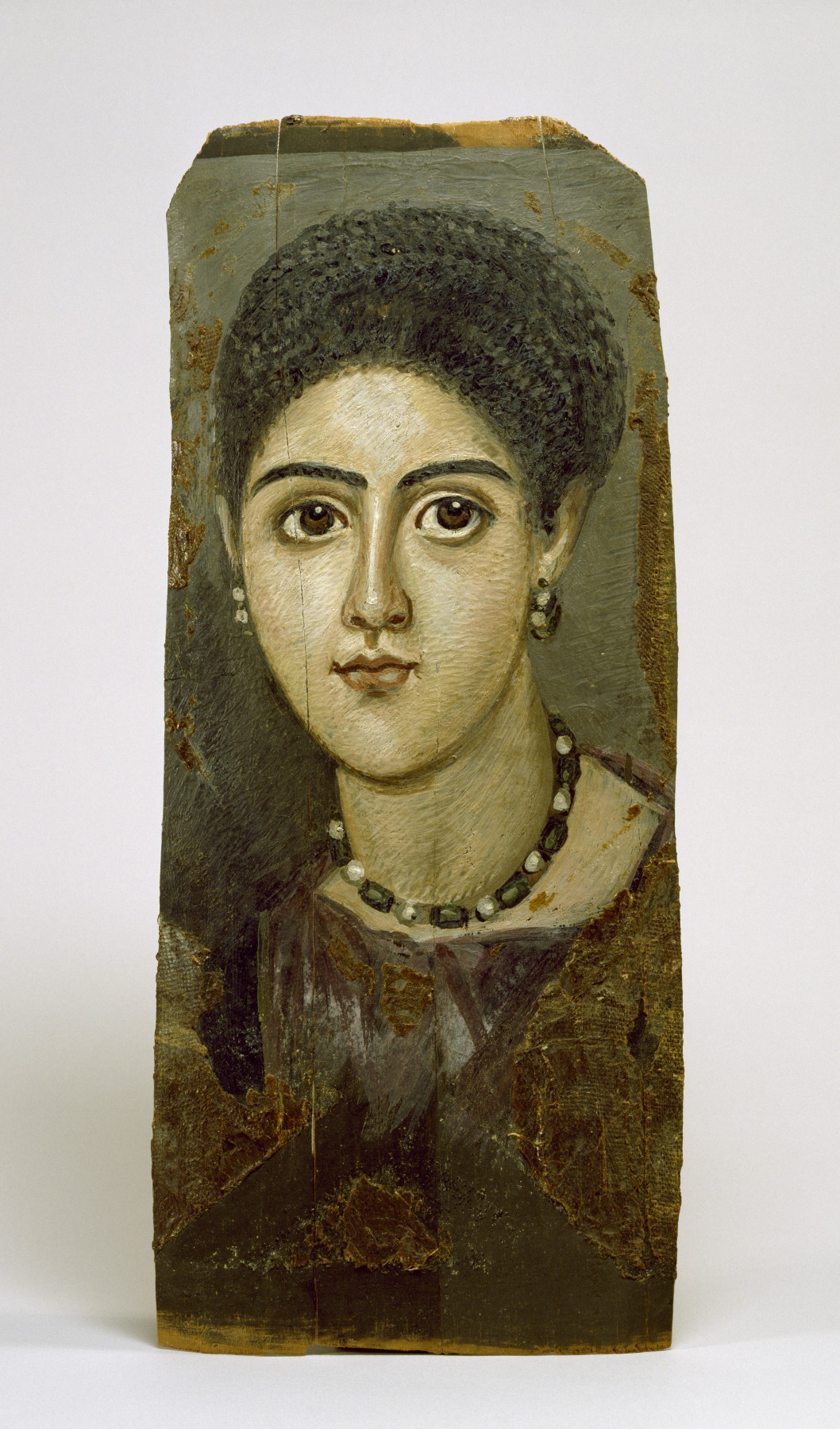 Panel Portrait of a Woman

In Roman Egypt (30 BCE-324 CE), artists adapted naturalistic painting styles to the ancient custom of making portrait masks for mummies. The portraits were often painted while the subject was in the prime of life and were hung in the home until the person's death. This practice continued in northern Egypt well into the Early Byzantine period. Hairstyles can be used to date female portrait masks. Here, the braids wound over the top of the head place the mask close to the period of the Roman emperor Trajan (AD 98-117). The painting of a portrait was an occasion for all finery to be displayed, and this woman is seen wearing a pearl and emerald necklace and earrings.