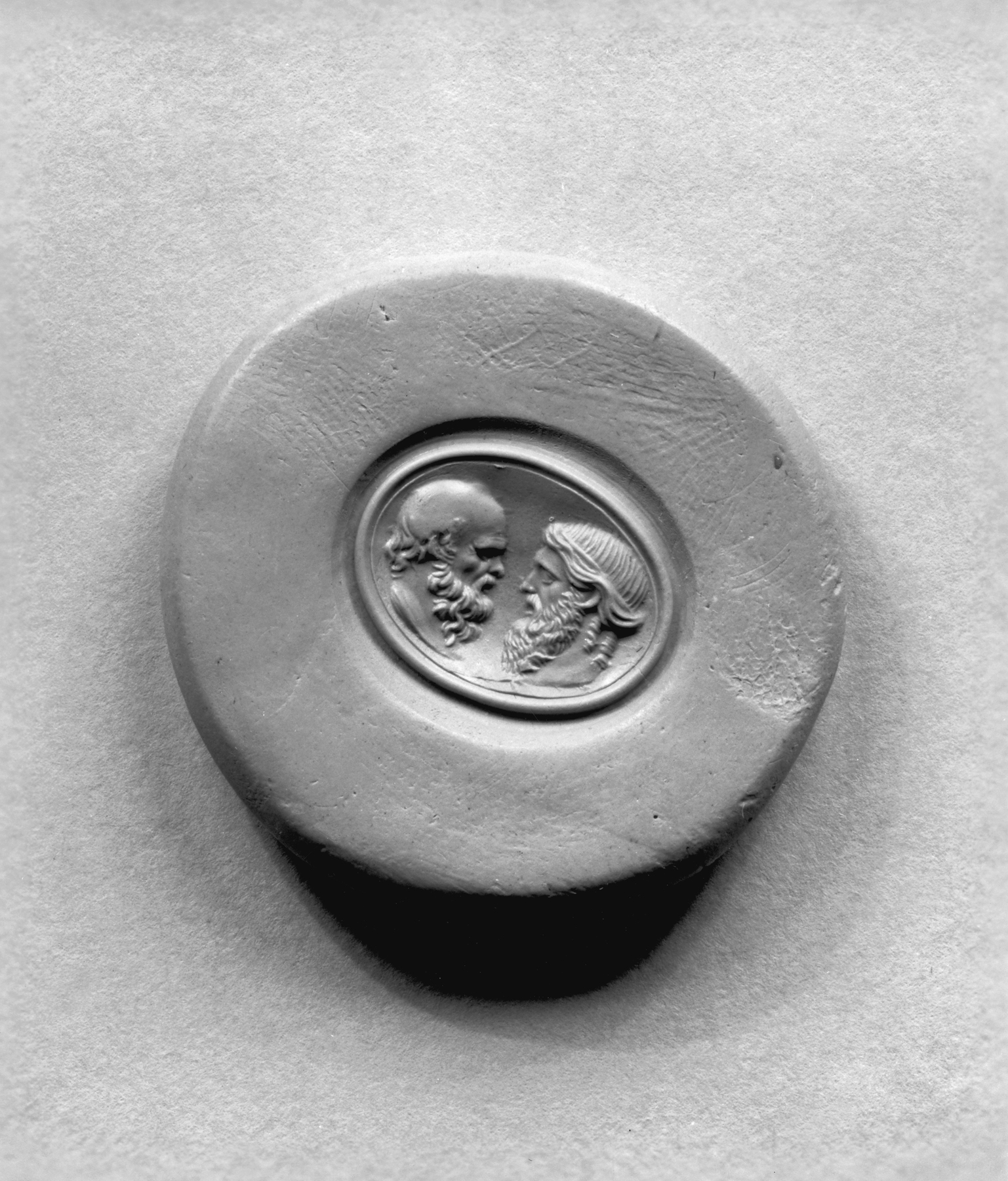 Intaglio of Bacchus and a Silen

The heads of Bacchus (Dionysos), on the left, and Silenus, on the right, are in profile and facing each other on this intaglio. Bacchus is wearing a fillet, and one of Silenus’ pointed ears is visible. The heads had traditionally been identified as the philosophers Socrates and Plato.