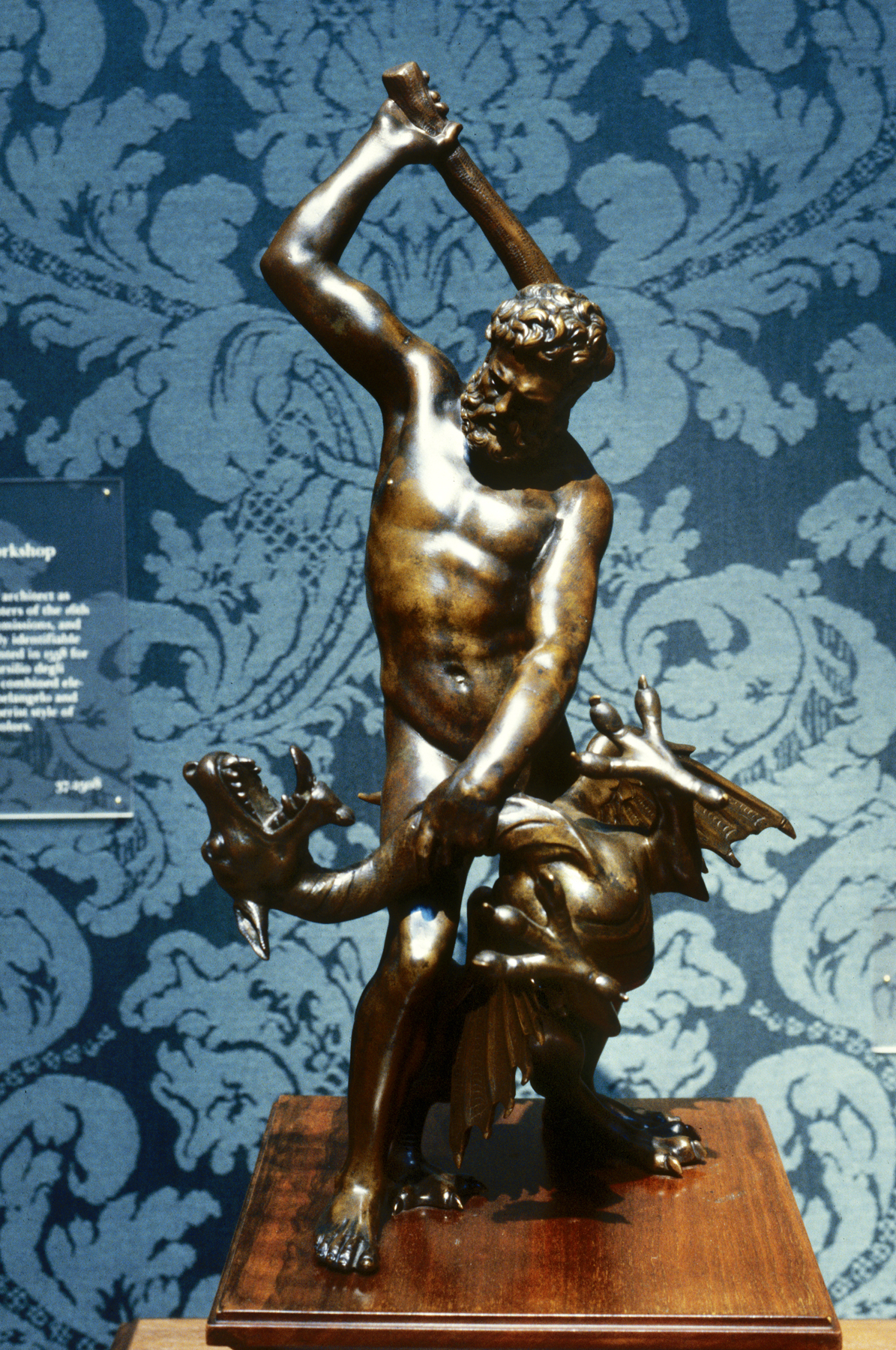 Hercules and the Dragon Ladon

The mythical Greek hero Heracles, known to the Romans as Hercules, was renowned for his great strength and the heroic deeds he performed, which were favorite subjects for painters and sculptors alike. Around 1580, Jean Boulogne (Flemish, 1529-1608), know as Giambologna, produced for Grand Duke Francesco I de' Medici (1541-87) of Tuscany a set of bronze statuettes of the Twelve Labors of Hercules, deeds which King Eurystheus ordered him to carry out, assuming them to be impossible.

These groups are characterized by highly dramatic poses, with the limbs of the figures spiraling outwards from center. The smooth surface of the bronze enhances the muscles of Hercules's imposing physique. These figures were extremely popular all over Europe and were replicated in great numbers, beginning in the artist's lifetime and continuing for decades. Individual casts are difficult to date, but this bronze as well as Walters 54.694 were surely made after the master's death. However, they preserve the character of Giambologna's originals and illustrate the refined taste of the Medici court towards the end of the 16th century.

The subject of this unusual and rare statuette is the killing of the dragon Ladon, which guarded the garden of the Hesperides, the nymphs who grew golden apples. Since stealing apples from a tree (the 11th Labor of Hercules) is not as dramatic as a fight with a dragon, this other part of the story was chosen by the artist.

J. + S. Goldschmidt, Frankfurt [together with Walters 54.694, part of a set of six, the other four in Salomon Collection until 1923, then dispersed]; Henry Walters, Baltimore, February 1926 [mode of acquisition unknown]; Walters Art Museum, 1931, by bequest.