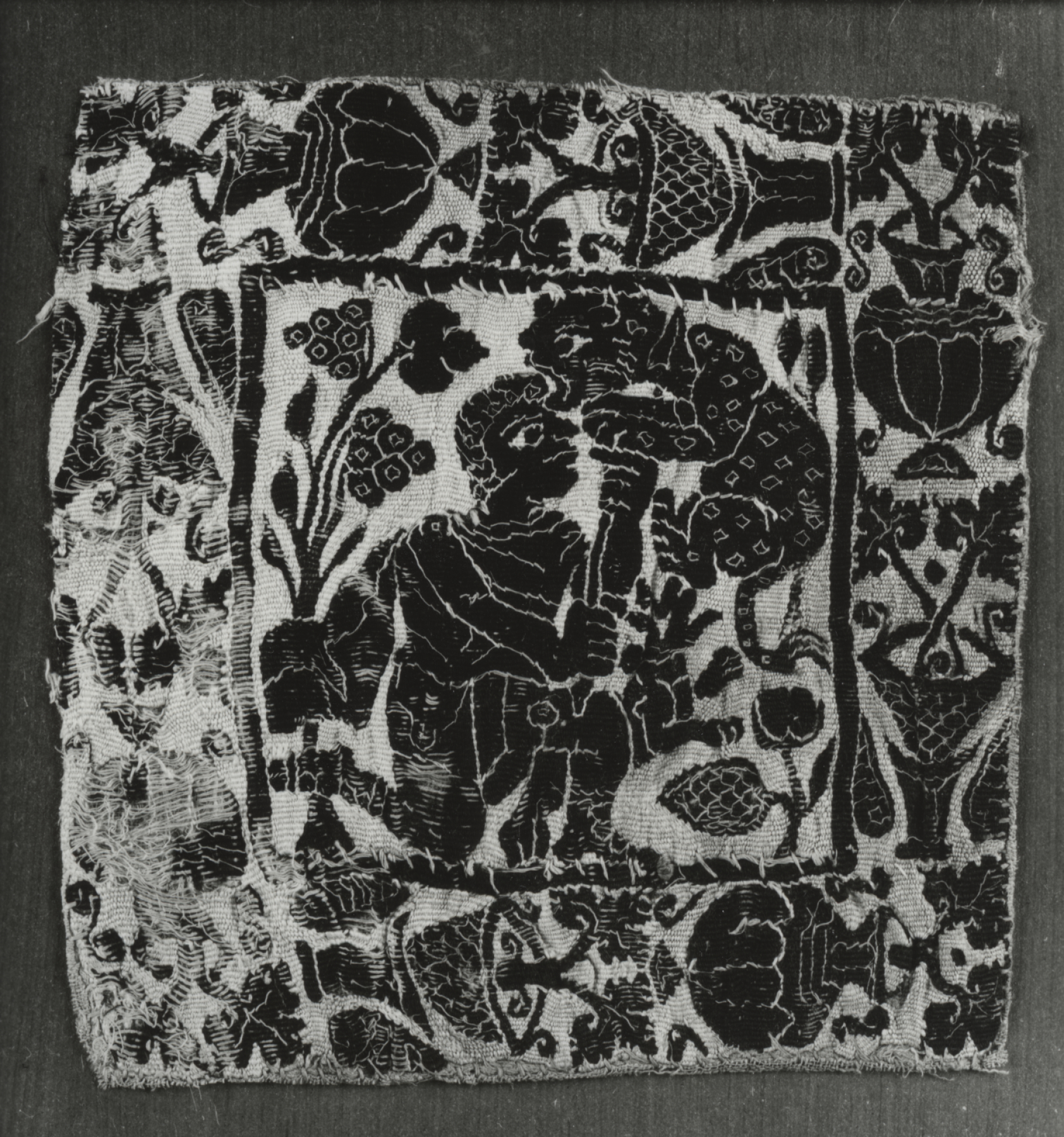 Hunt and hunting motifs constitute a group of 5th-century classical subjects, which frequently appeared in early Byzantine textiles. While the content of the scenes was frequently symbolic in wall hangings and other pieces of interior decoration, hunt scenes as they appeared on clothing were generally intended as purely decorative. Framing the central subject of this fragment is a border composed of wine jugs and grape vines, a probable reference to Dionysus, the god of regeneration and rebirth. 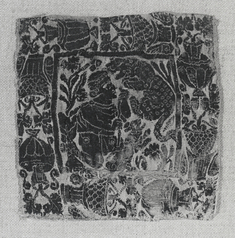