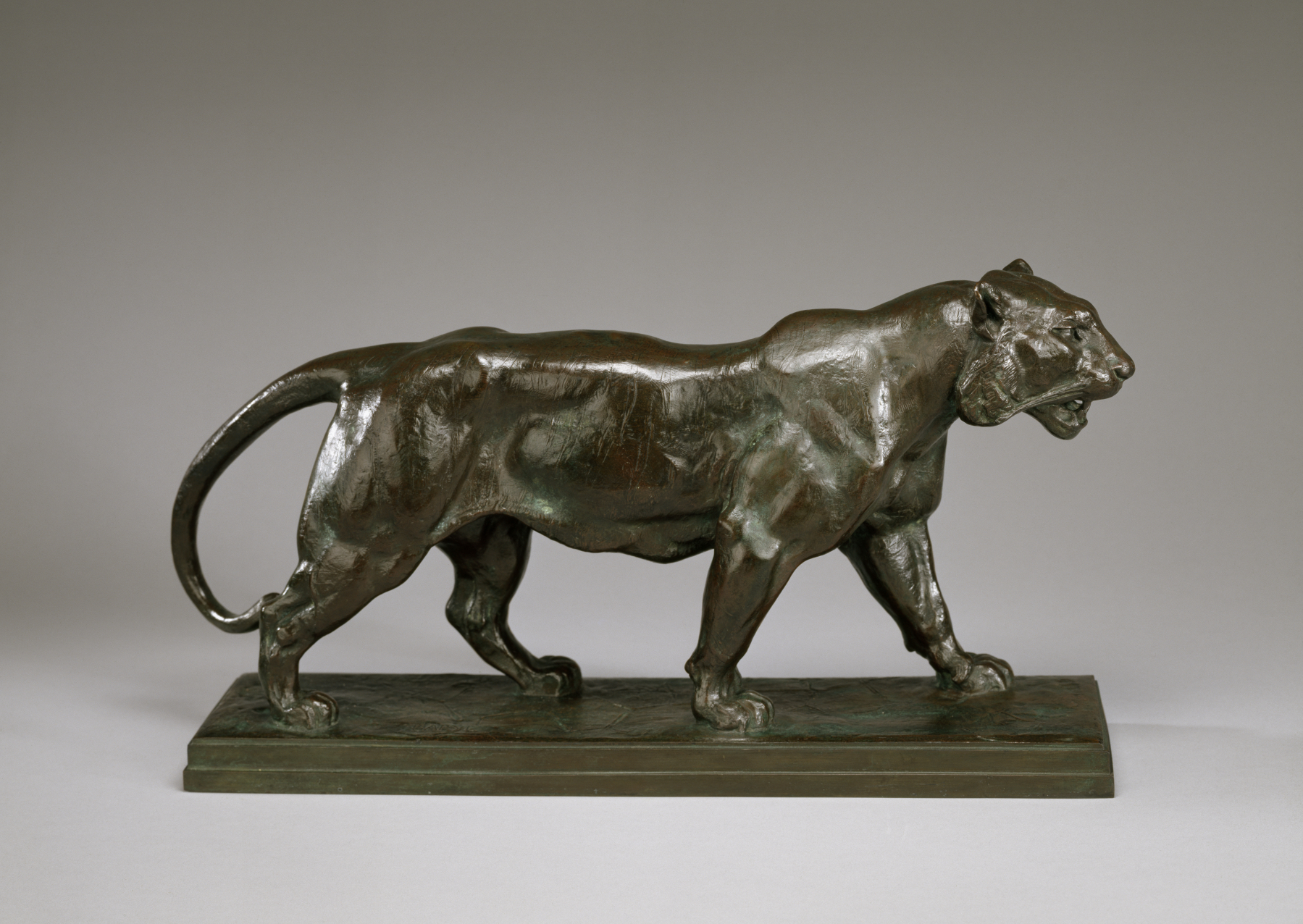 This striding cat was described as follows in the catalogue of Besse et Cie in 1844:
Here is the development of muscular force, and the absence of passion; it is the animal in all the beauty of its form, in its appealing nobility; it is a tiger, it is a lion, it is a fact of nature.

Relatively few casts of this subject was issued during Barye's lifetime, but it became extremely popular after his death and was issued in large quantities by the Barbedienne firm until World War II.

[Signature] Cast through from model: BARYE.