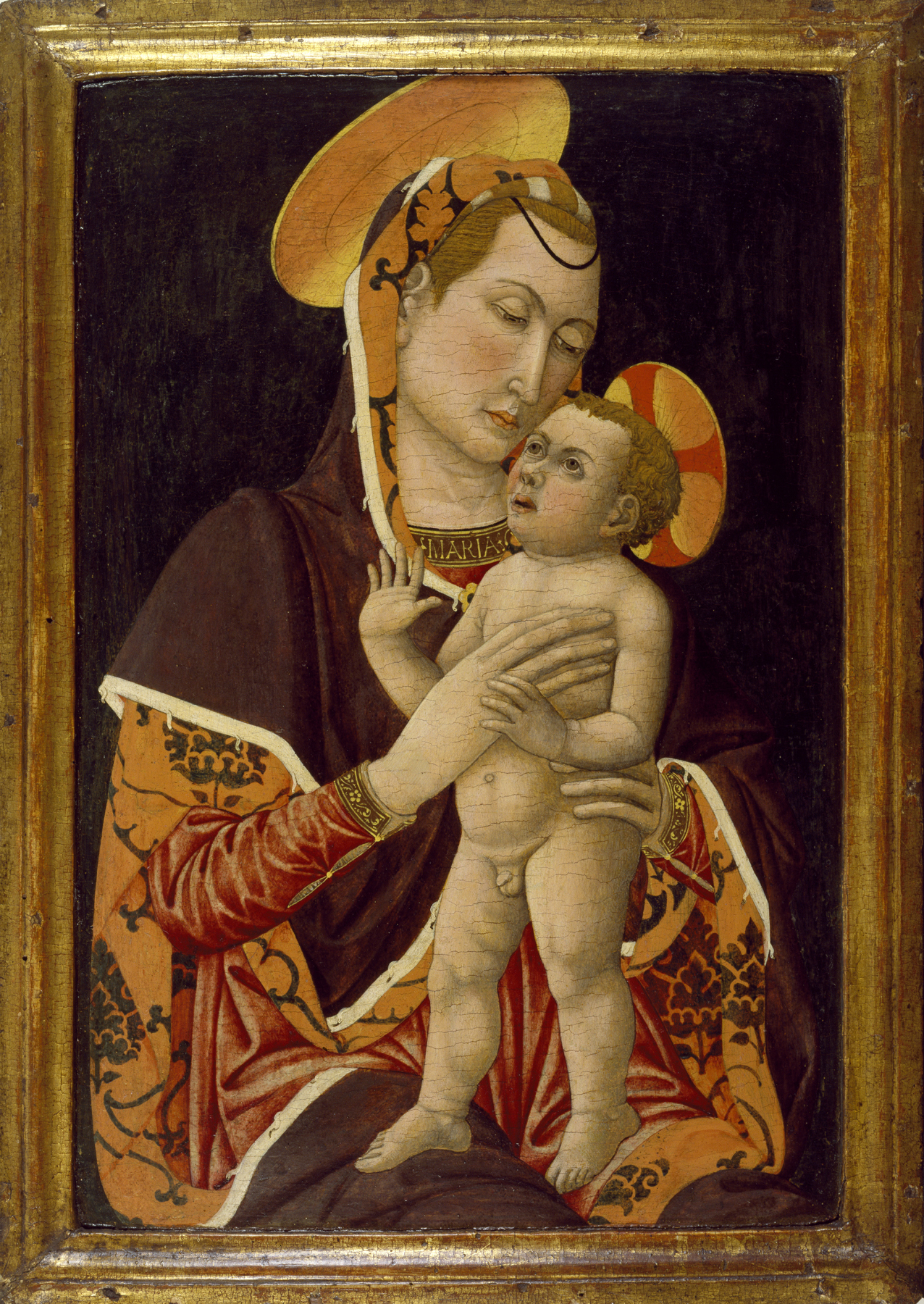 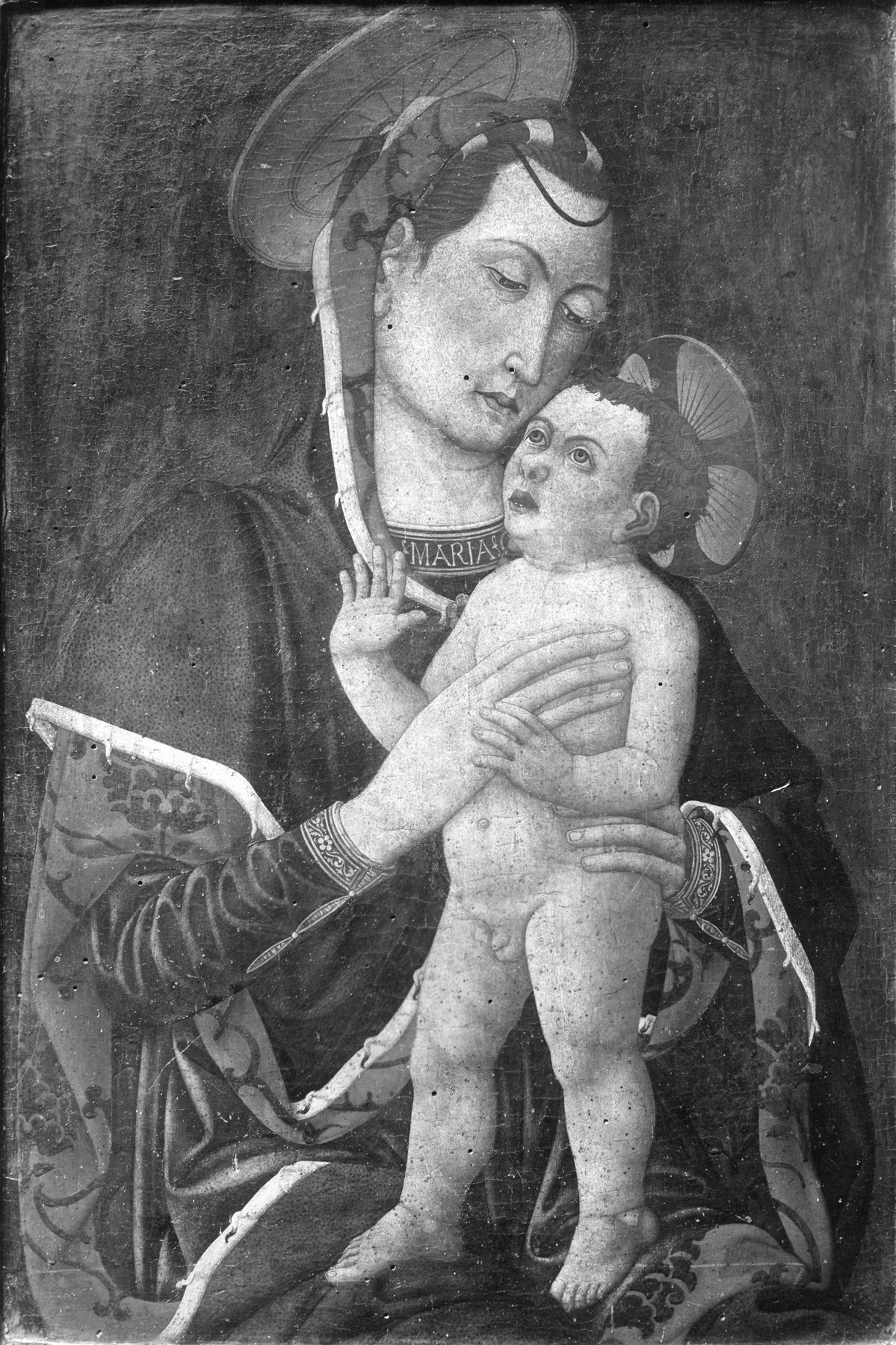 Personal devotions directed to the Virgin were a natural part of life for Christians in Renaissance Europe, so a painting of the Virgin and Child of this size and intimacy was most likely intended for the home. Giovanni Francesco da Rimini followed the conservative northern Italian tradition of painting that was only slightly affected by the illusionistic innovations of mid century. Although born in the town of Rimini, he was in Padua by 1441 to 1444, thus at the same time as Dario di Giovanni, the artist of the Walters' Abduction series (37.1178-1180). In the present work, which can be provisionally dated in connection with a signed and dated Virgin and Child in the National Gallery, London, to the later part of his career in Bologna, the Virgin and Child are treated in a more stylized way than the more naturalistic manner of the Virgin and Child from the same years by Giorgio Schiavone (who also trained in Padua). Here the focus is on Christ whose eyes are rapturously raised to heaven, as if in contemplation of his future Passion. As an encouragement to the viewer, the rim of the Virgin’s robe is inscribed with words from a prayer regularly addressed to her by the faithful: [Ave] Maria, g[ratia plena]. . . (Hail Mary, full of grace. . .).