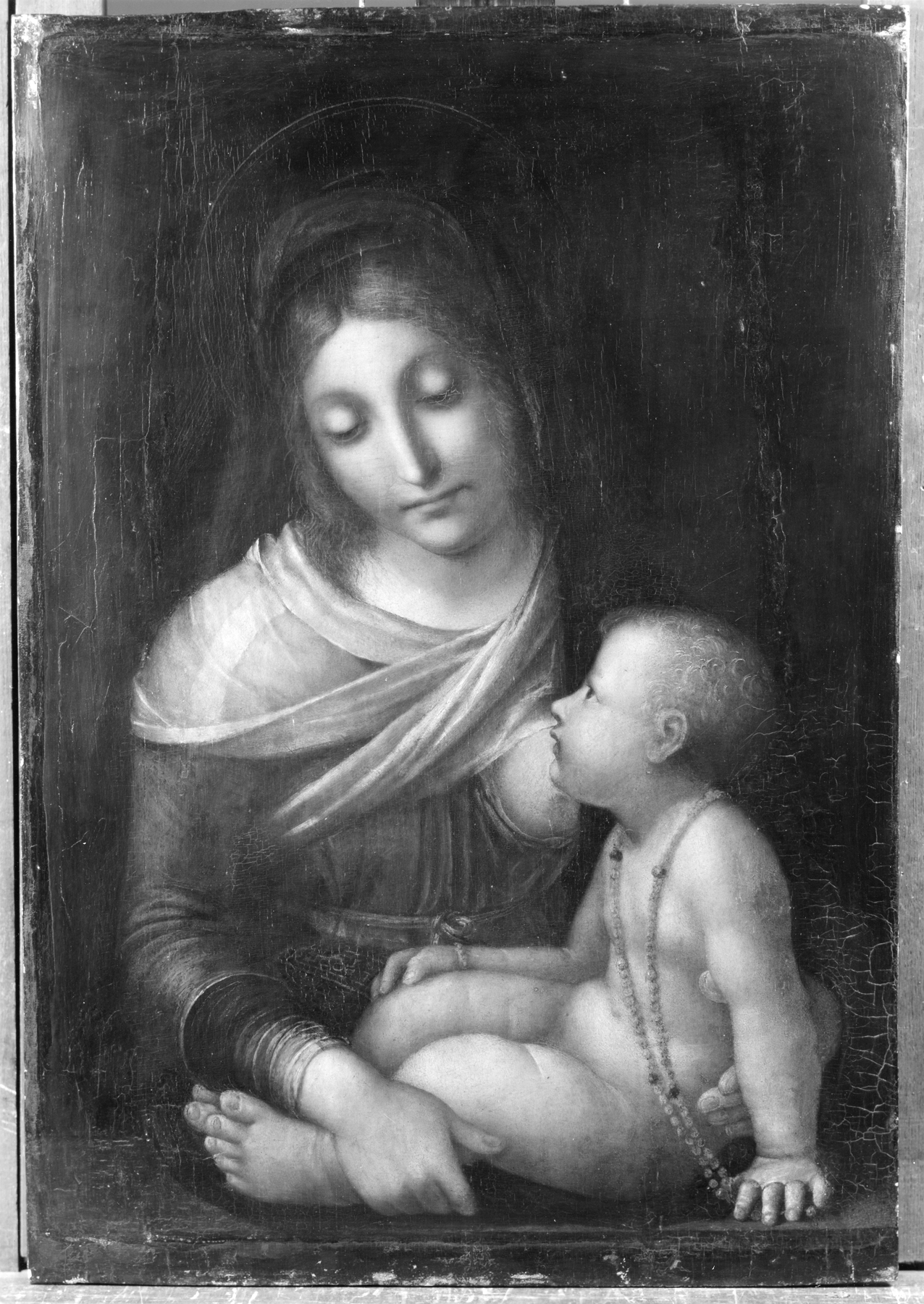 In this intimate image for a domestic interior, the Madonna is represented as a humble mother with her breast exposed, ready to nurse the Christ Child. She gazes downward with a melancholic expression, as if aware of her son's future death at the crucifixion. Around Christ's neck hangs a rosary punctuated with coral beads, linking the painted image with the personal prayers that would be said before it. .
The painting is a characteristic work by Bernardino Zenale, one of the foremost artists in Milan at the turn of the 15th century. Active as an architect as well as a painter, Zenale trained in the workshop of Vincenzo Foppa (see Walters 37.706) and later became acquainted with Leonardo da Vinci (1452-1519). Leonardo’s influence is visible in the Walters’ panel in the dark background which appears to envelop of the figures in a thick “sfumato” (Italian for “smoky”), a manner of shading in which lights and darks are invisibly blurred for atmospheric effect. See for comparison Zenale's signed Altarpiece with the Circumcision of Christ in the Louvre Museum, Paris.