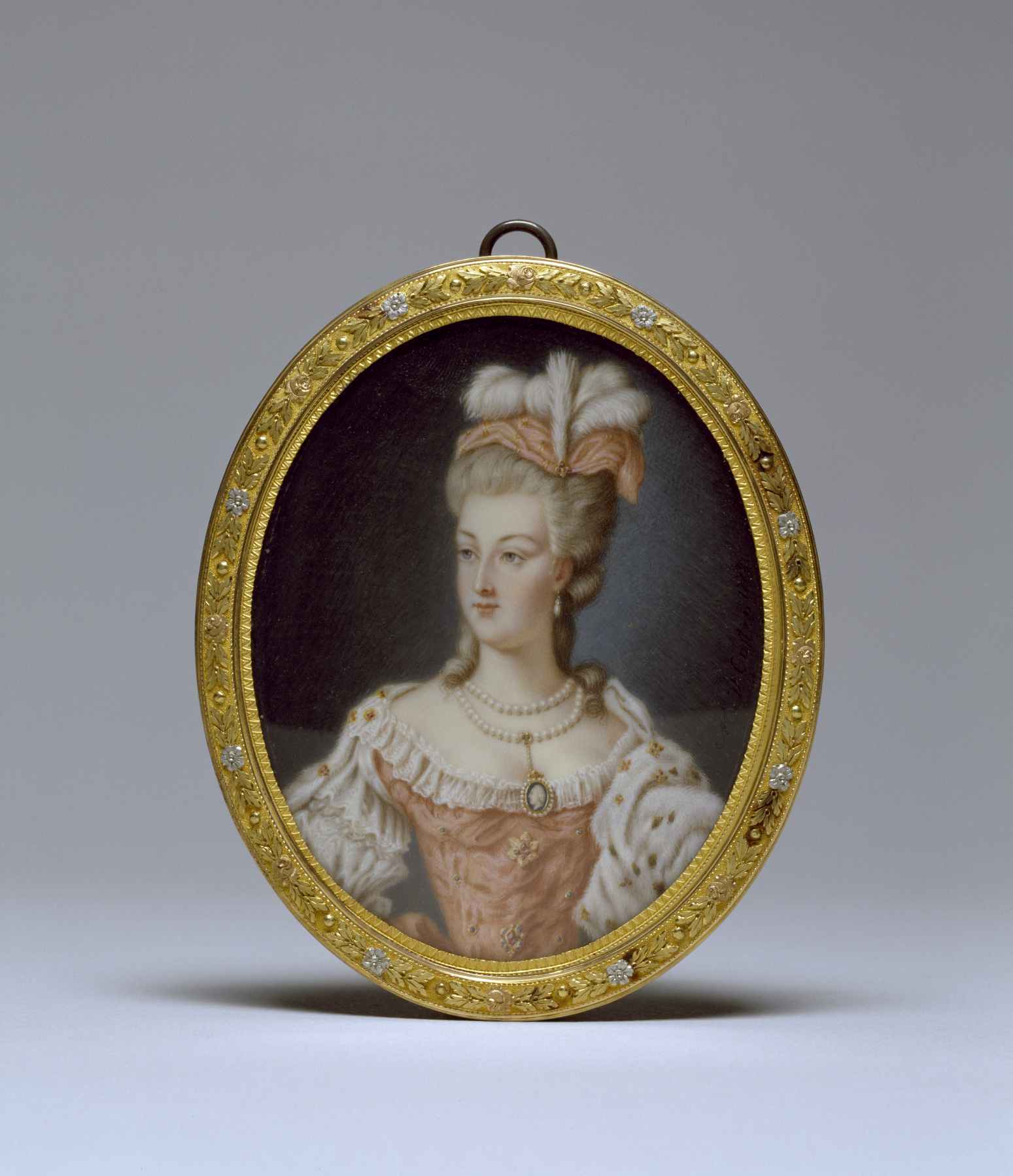 This miniature may be copied from a portrait of Marie-Antoinette by Anne Vallayer-Coster, who was one of the queen's favorite artists. Vallayer-Coster was celebrated for her still lifes, but she also received several important portrait commissions from the royal family, perhaps due to the favor shown her by the French queen. Vallayer-Coster's floral still-life miniatures are done with an exquisite technique that is different to that found in this portrait. For this reason, pending further research, this portrait miniature is only tentatively attributed to her.