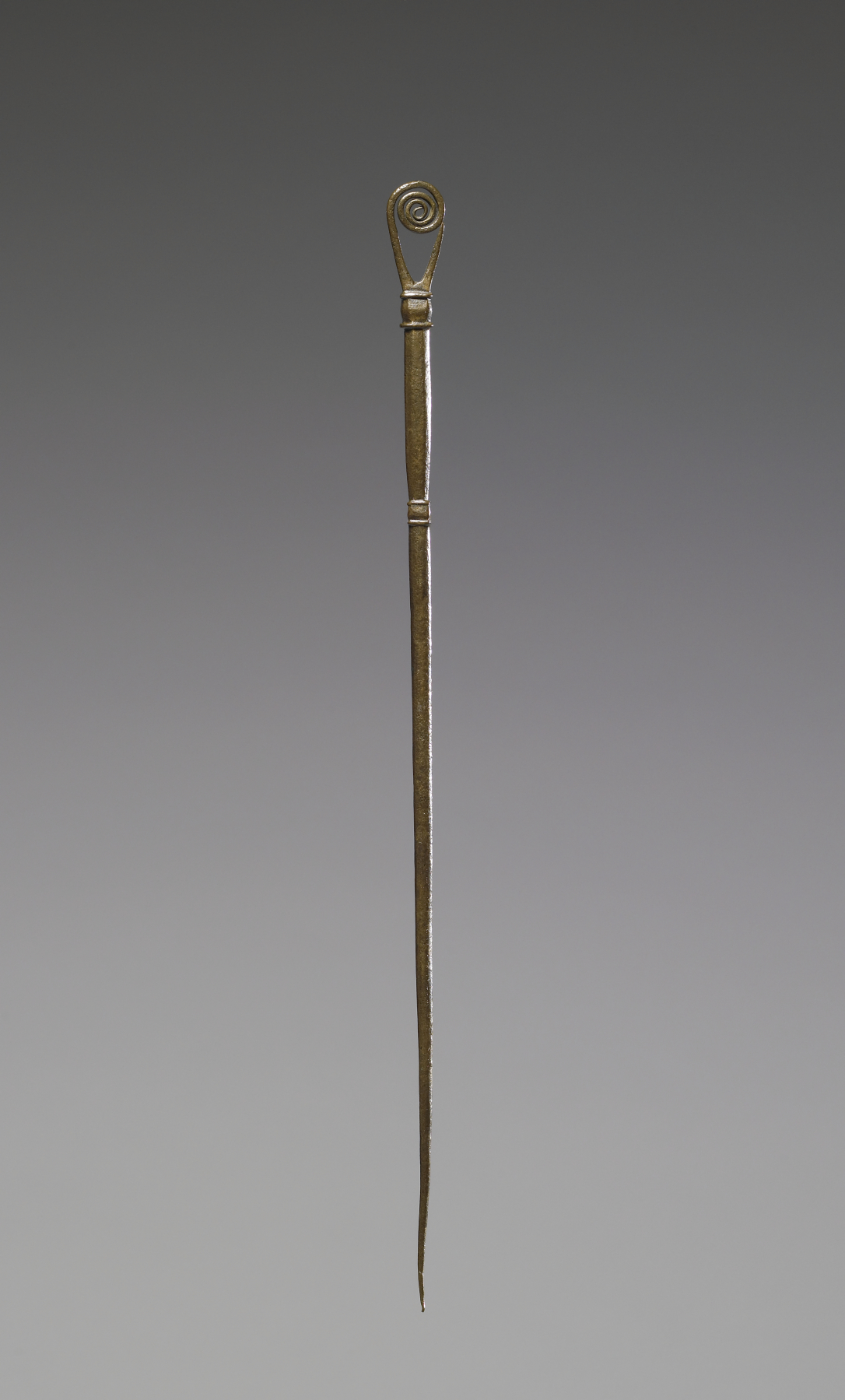 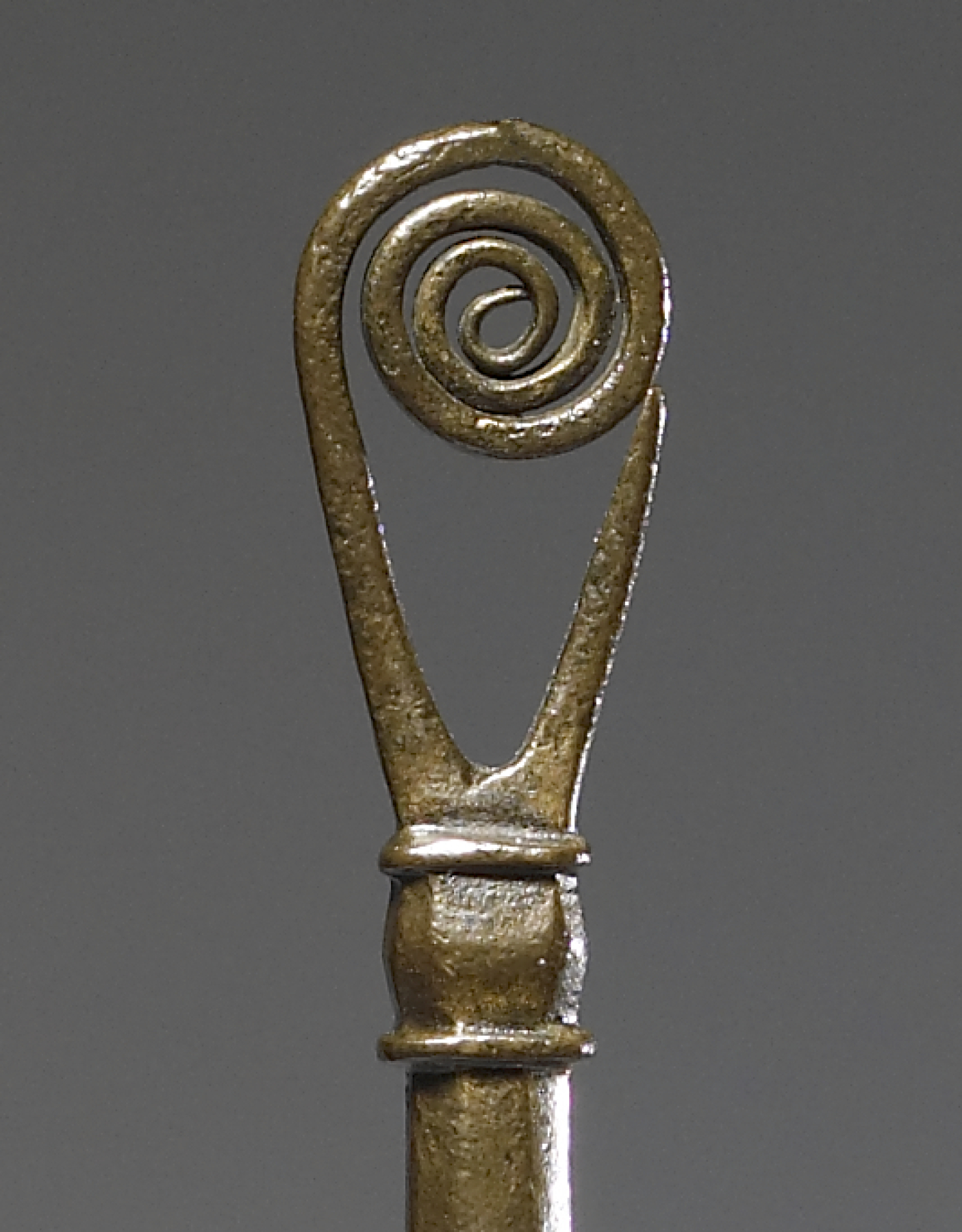 This elegantly tapering bronze pin has an unusual finial made by dividing the stem at the head and curving one stem backward into a spiral. Spiral-headed pins with two outward curling spirals have been found in Ireland and in 7th- and 8th-century Anglo-Saxon sites. This example was found at Armagh (Northern Ireland) in 1886. Armagh was an important royal site from pre-historic times into the Christian era and, from the mid-5th century AD onwards, the See of Saint Patrick, Ireland's patron saint.