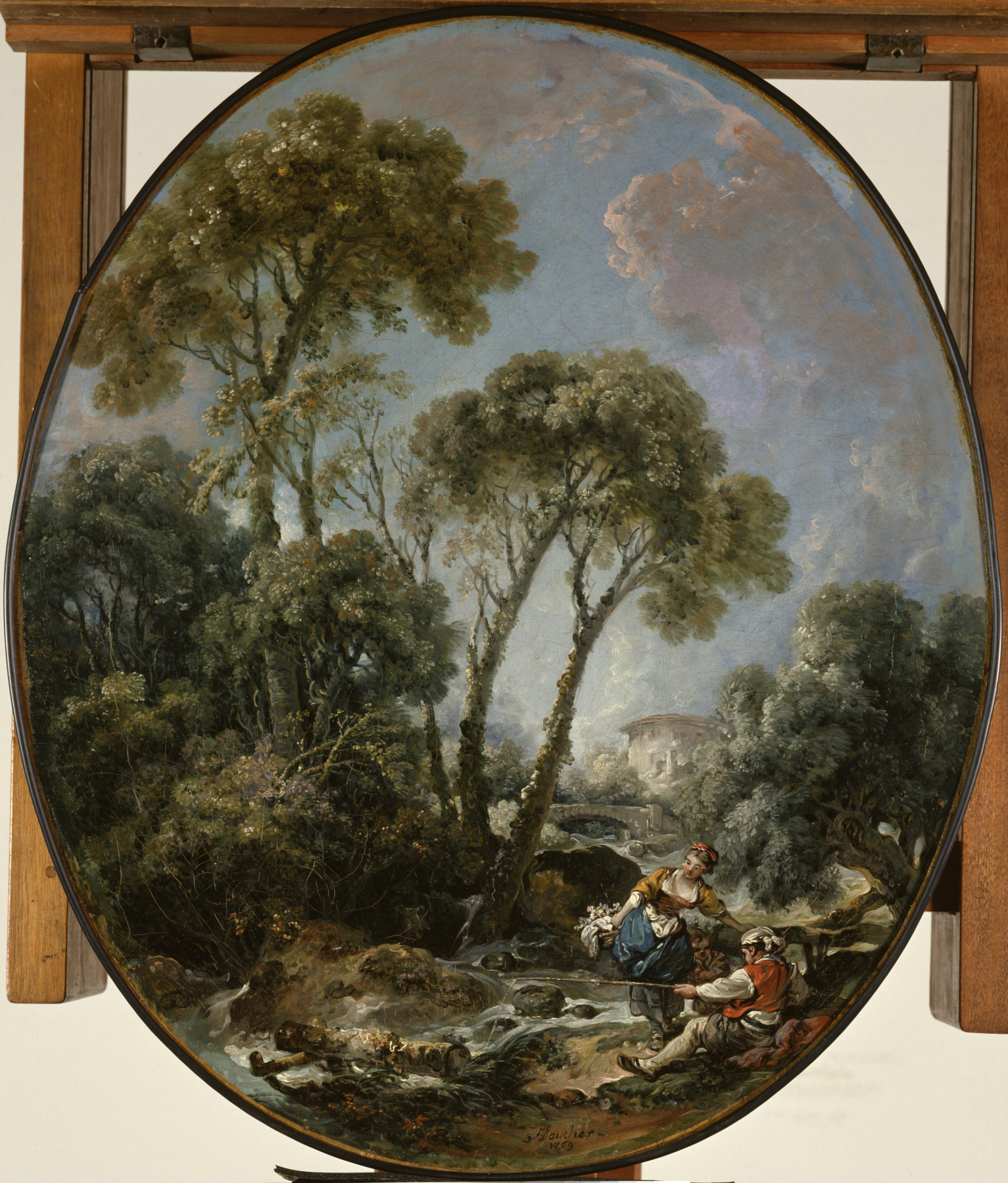 Landscape with Fisherman and a Young Woman

Boucher was one of the most widely admired and successful artists in mid 18th-century France, holding the positions of director of the Royal Academy of Painting and Sculpture and "First Painter to the King." He was responsible for decorating many of the royal residences, and his art has long been considered synonymous with the French rococo style.

This late work has traditionally been considered a pair with Walters 37.838, and the pieces may have belonged to the distinguished 18th-century collector, Jacques-Onésyme Bergeret de Grandcourt. However, there is no obvious connection between the two subjects or between their compositions. It is possible that the artist did not intend the works to be a pair and that a collector or dealer at some point in their history imposed the association. 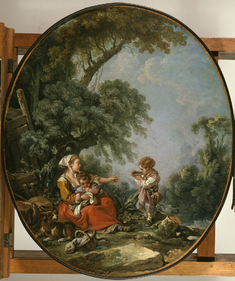