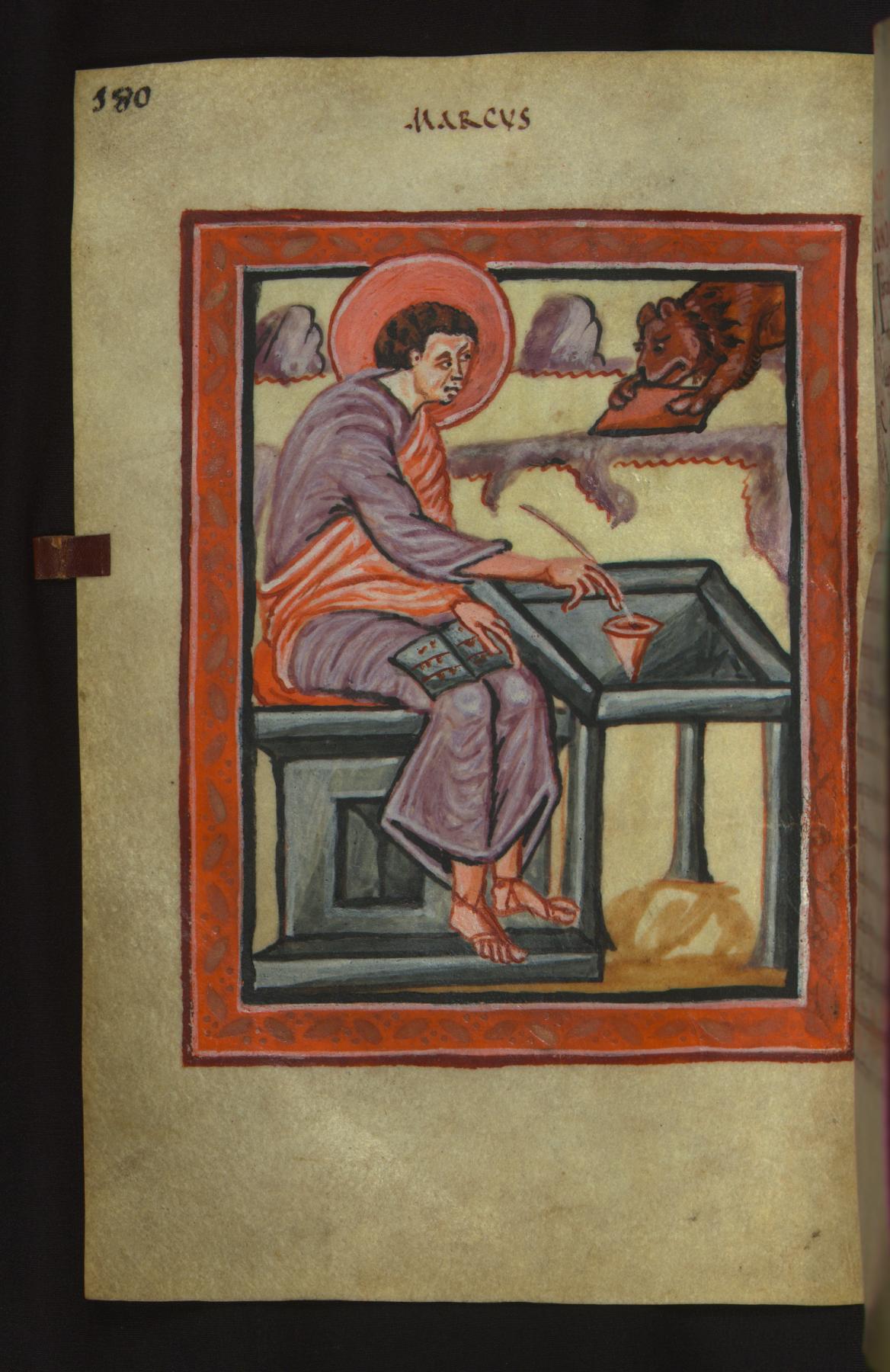 Mark is depicted seated at a heavy desk, dipping his quill pen in ink as he prepares to continue writing in the book on his lap. His appearance, dressed in drapery and sandals, recalls the classical tradition of author portraits. Mark looks at his symbol, the lion, in the upper right corner. 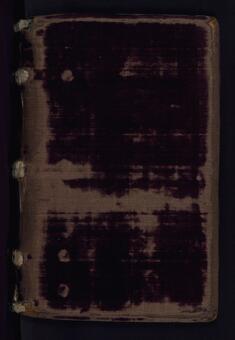