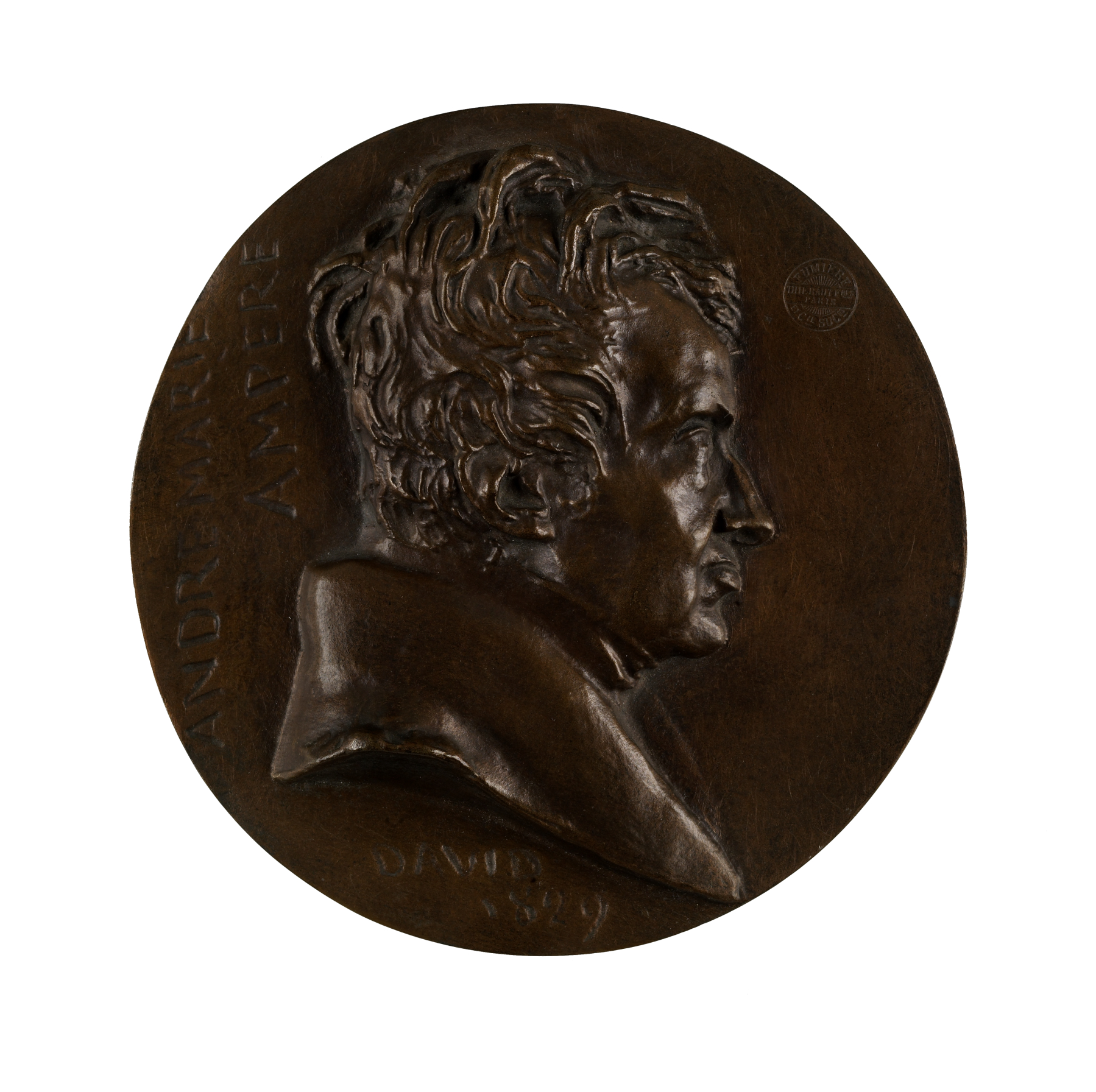 A French physicist and mathematician, André-Marie Ampère (1775-1836) was born in Lyon and became a professor at the École Polytechnique in 1805 and later at the Université and the Collège de France. The inventor of the astatic needle that gave rise to the invention of the astatic galvanometer, he formulated the matematical basis of electrodynamics and developed Ampère's Law on electric currents.