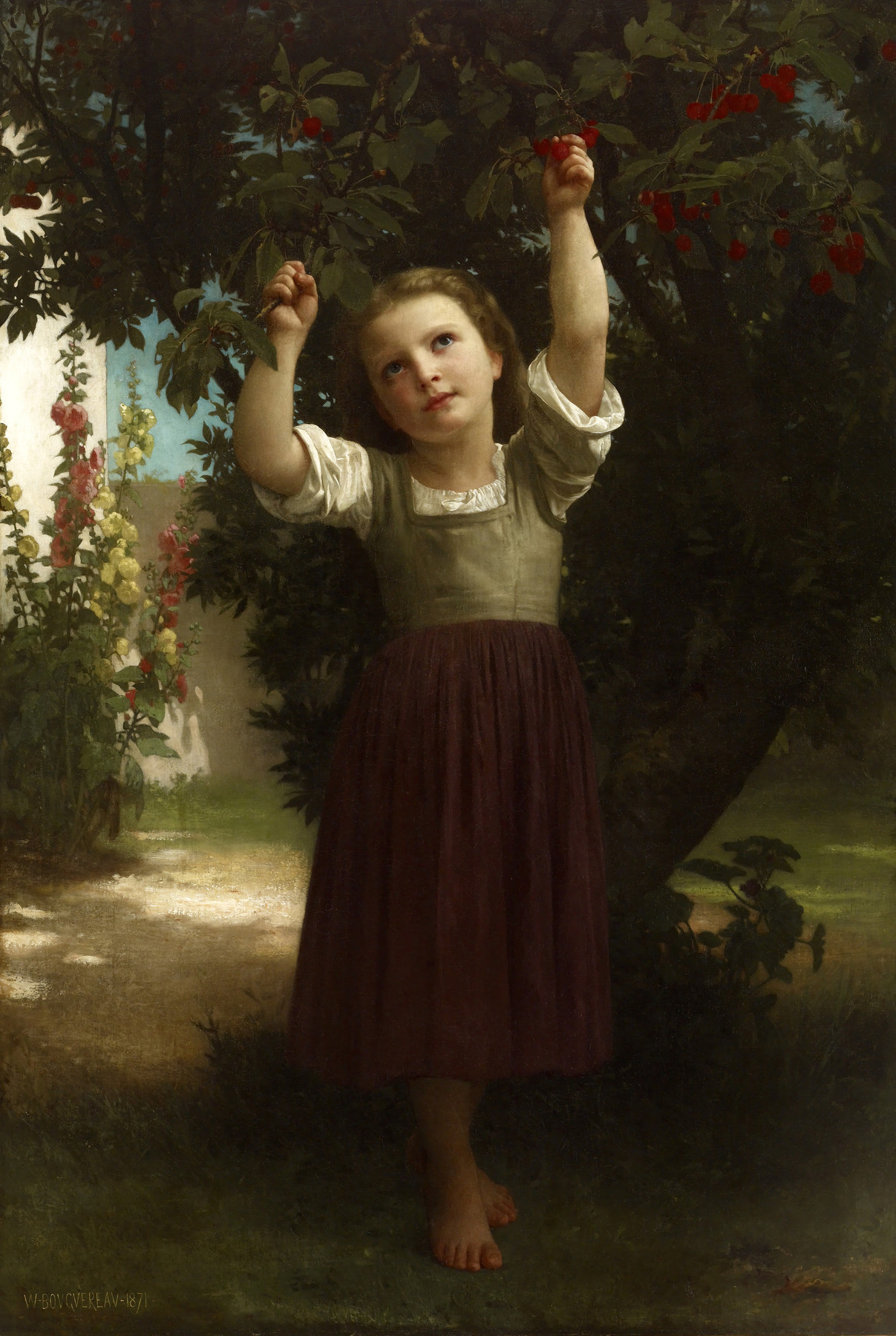 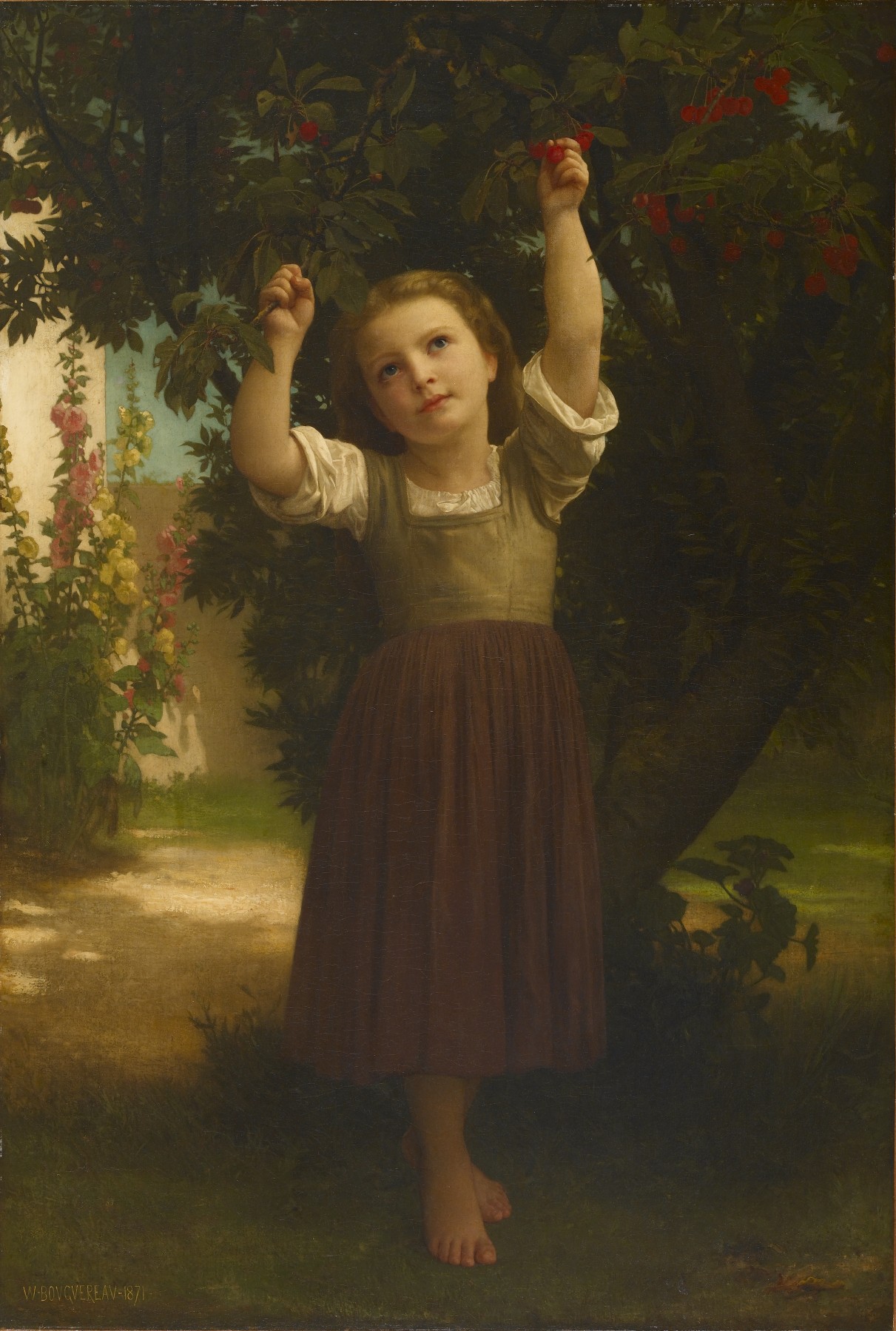 The whereabouts of "The Cherry Picker" had been unknown to specialists for the better part of the 20th century. Painted at the height of the artist's early maturity, this painting, a gift of two local Baltimore residents, filled a gap in the Walters' otherwise comprehensive collection of French academic painting.

Bouguereau's early training included all of the rigors associated with the great tradition of academic Classicism. The time he spent in Italy on a scholarship after winning the much coveted Prix de Rome in 1850 provided the foundation for his mature style: a blend of classicizing idealism based on the Renaissance masters, who he revered, combined with an anecdotal updating that makes his figures seem both timeless and yet approachable. Popular taste, however, encouraged him to make the switch from subjects drawn from classical history to scenes of everyday life. This painting is a prime example of the type of picture for which Bouguereau would become so famous, especially in America.