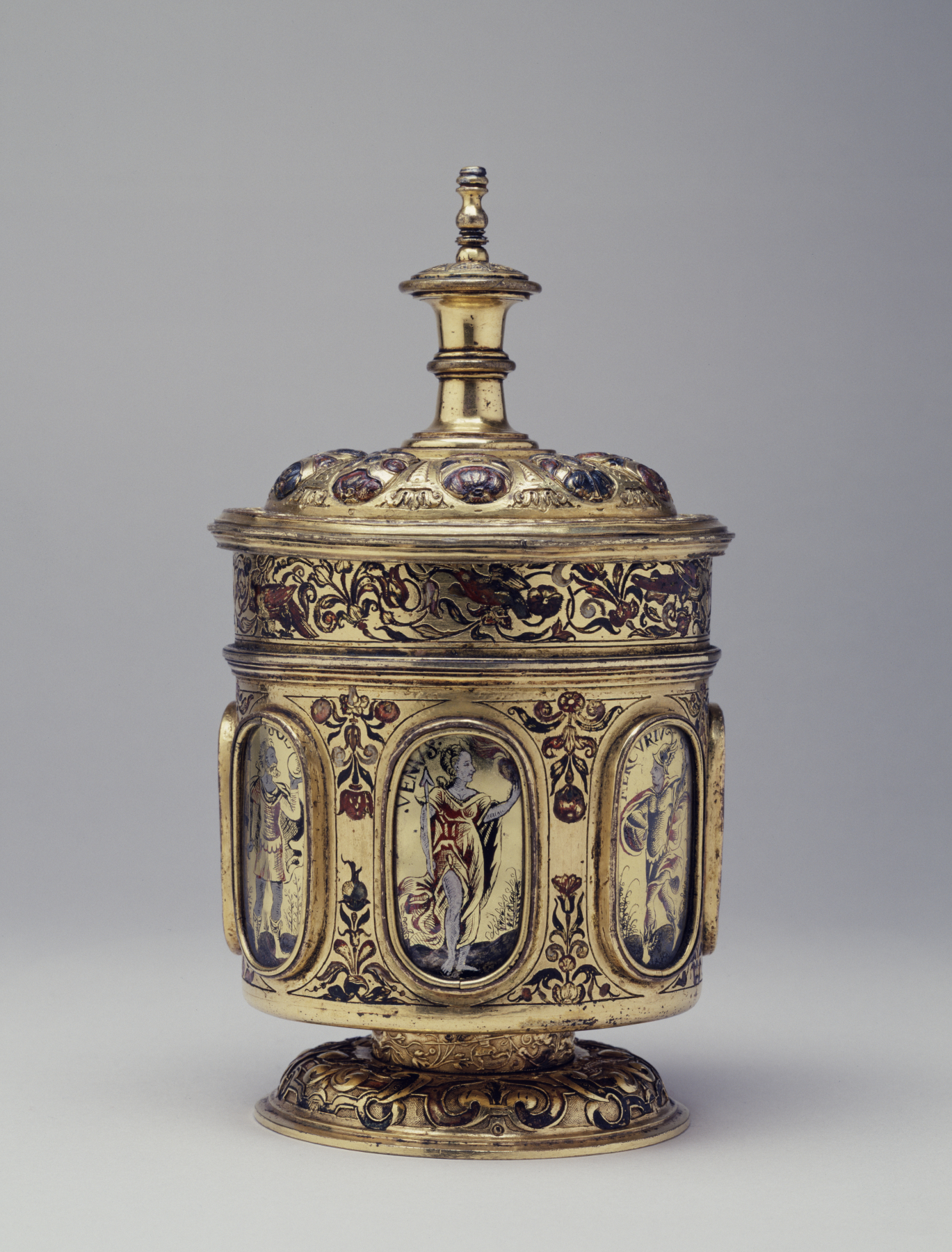 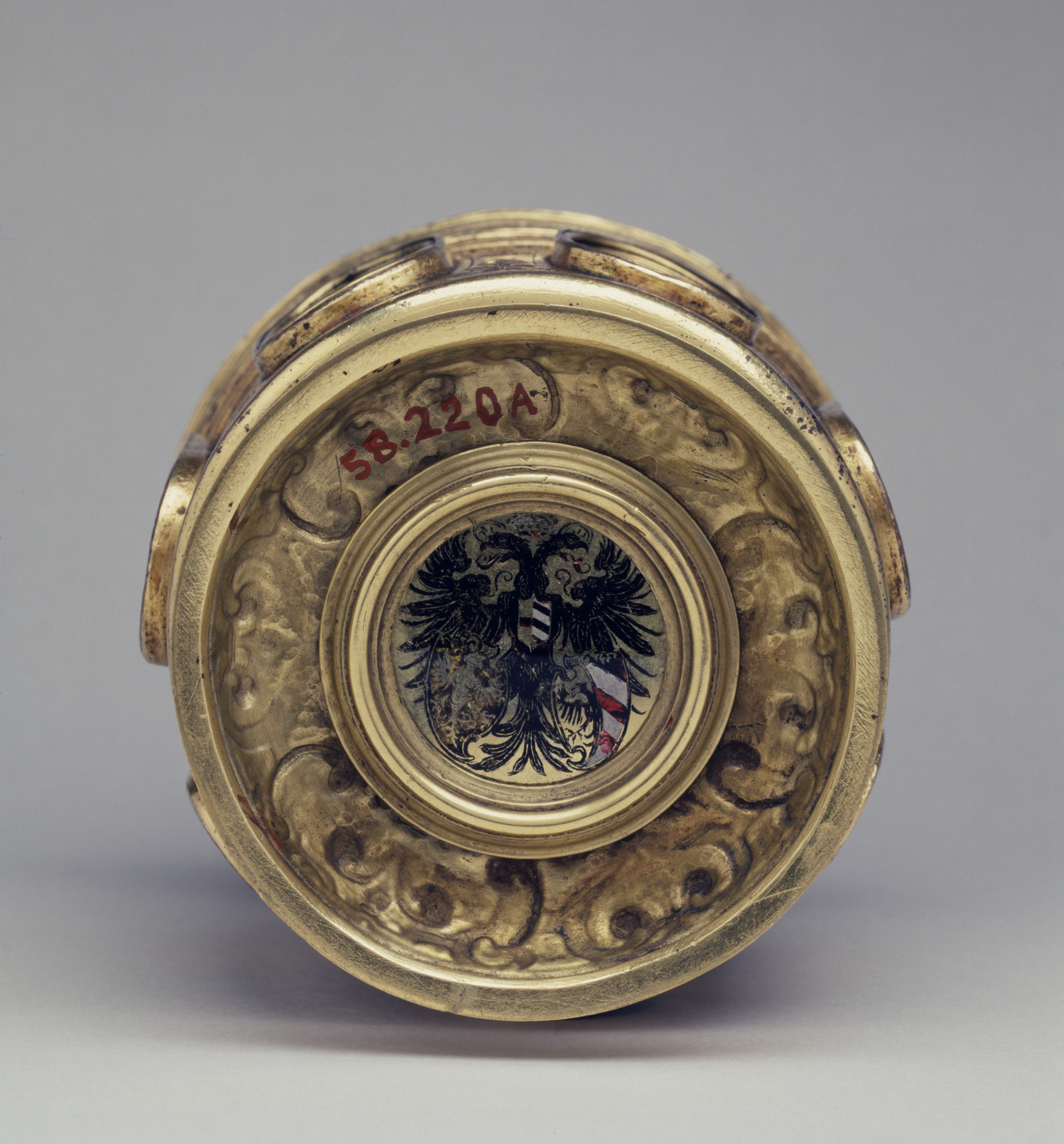 Beaker with a Sundial

This lidded beaker, or cup, is actually a timepiece. More precisely, it is an elaborate and rare type of sundial that is quite accurate. Time is measured by the shadow of the tip of the gnomon (the vertical rod inside the cup) indicating the hours along the spiraling lines engraved around the side wall. This tells two versions of the time, according to different systems. Arabic numbers mark lines indicating "German" hours, which are like ours: 24 of the same length making up one day. Roman numerals mark the "planet" hours: within one day, the period of daylight is divided into 12 hours (which change in length with the seasons). At the time this timepiece was made, the older planet-hour system was rapidly being replaced, given a new emphasis on the mechanization of the clock with its hours of equal length. The system of vertical lines and points marked by the signs of the zodicac- such as the crab for Cancer- indicates the date. As well as telling the time, there is a scale between the two types of numbers that established the height of the sun. Finally, a chamber under the base once housed a compass, making this a multipurpose scientific instrument.

With its engraved decoration and reverse painted glass insets- with the days of the week represented by the seven planetary gods, based on woodcuts by the German master Virgil Solis- this is a splendid example of Nuremberg goldsmith work. Indeed, the city's coat of arms, featuring the Habsburg double-headed eagle, is on the cap to the chamber under the base (at left). The beaker was probably made as an official present from the city. The initial recipient may have been "Francis of Padua," identified in the inscription on the underside of the cover as a physician working in the Italian city of Forli, but who is otherwise unknown.