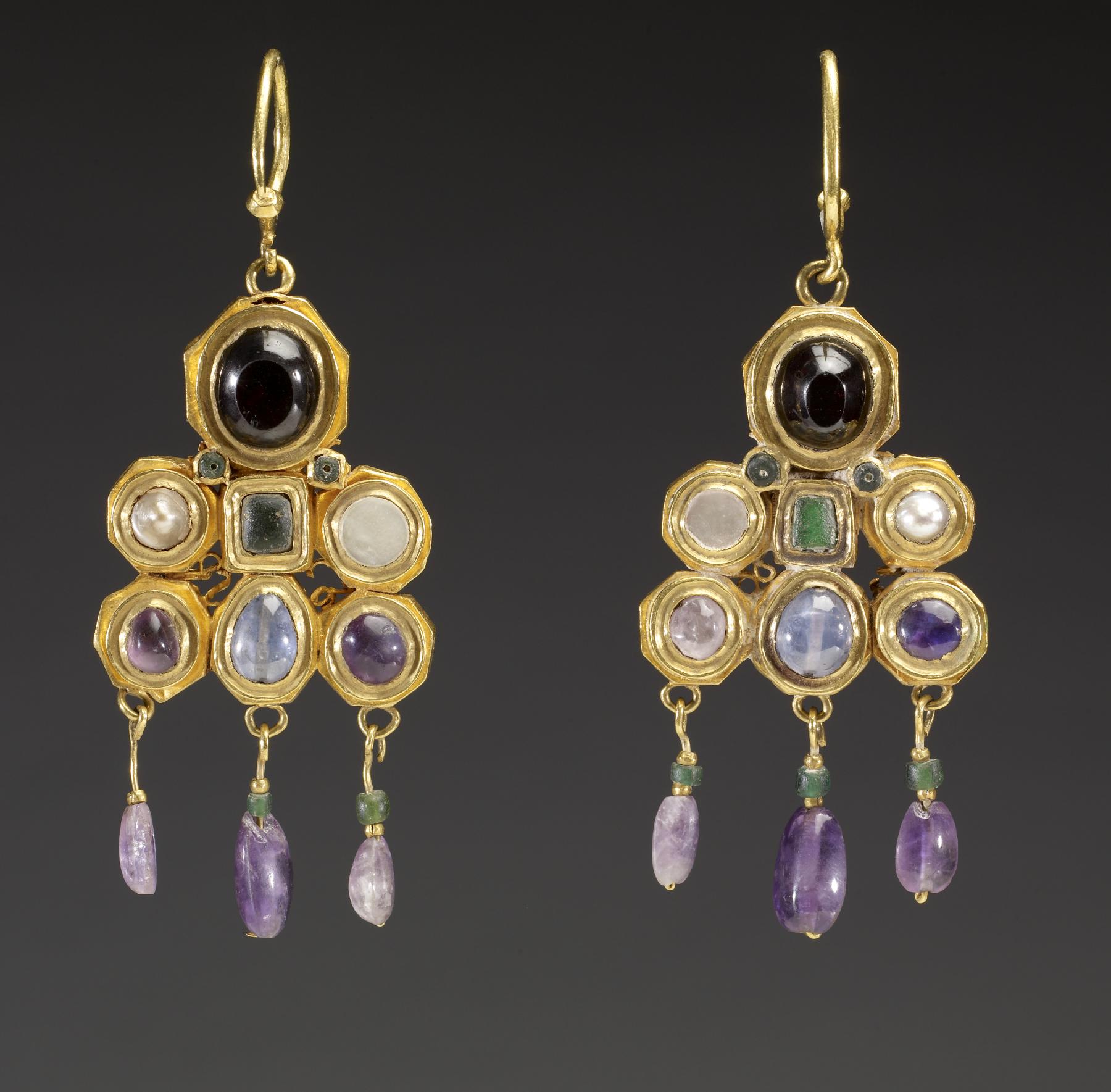 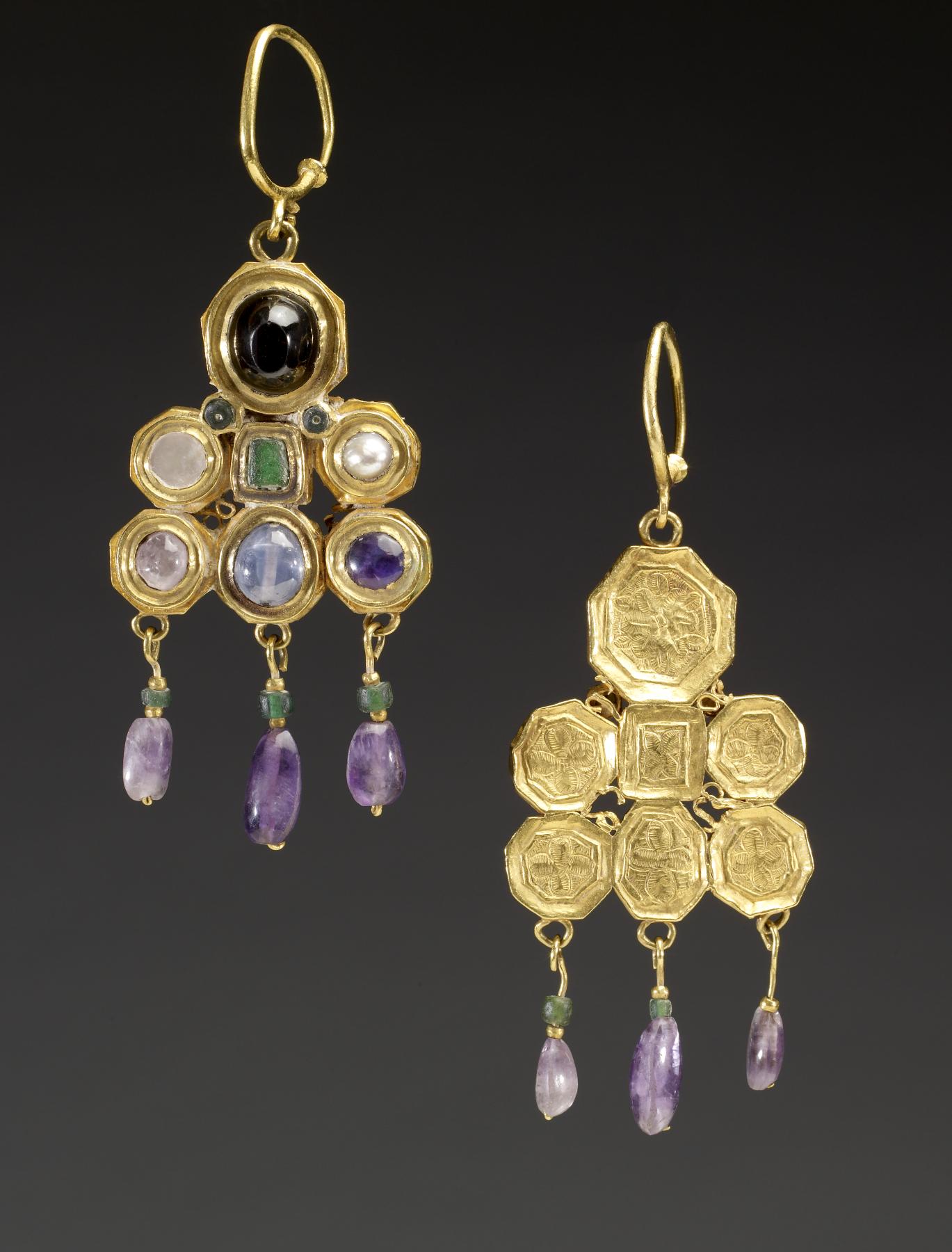 These dramatic, colorful earrings were most likely made in Constantinople, perhaps as an imperial gift to a Visigothic ruler of medieval Spain, where the earrings were found. The Visigoths, a migratory group that ultimately settled in Spain, had by the 6th century established trade and diplomatic contacts with the Byzantine court, whose jewelry they much admired.