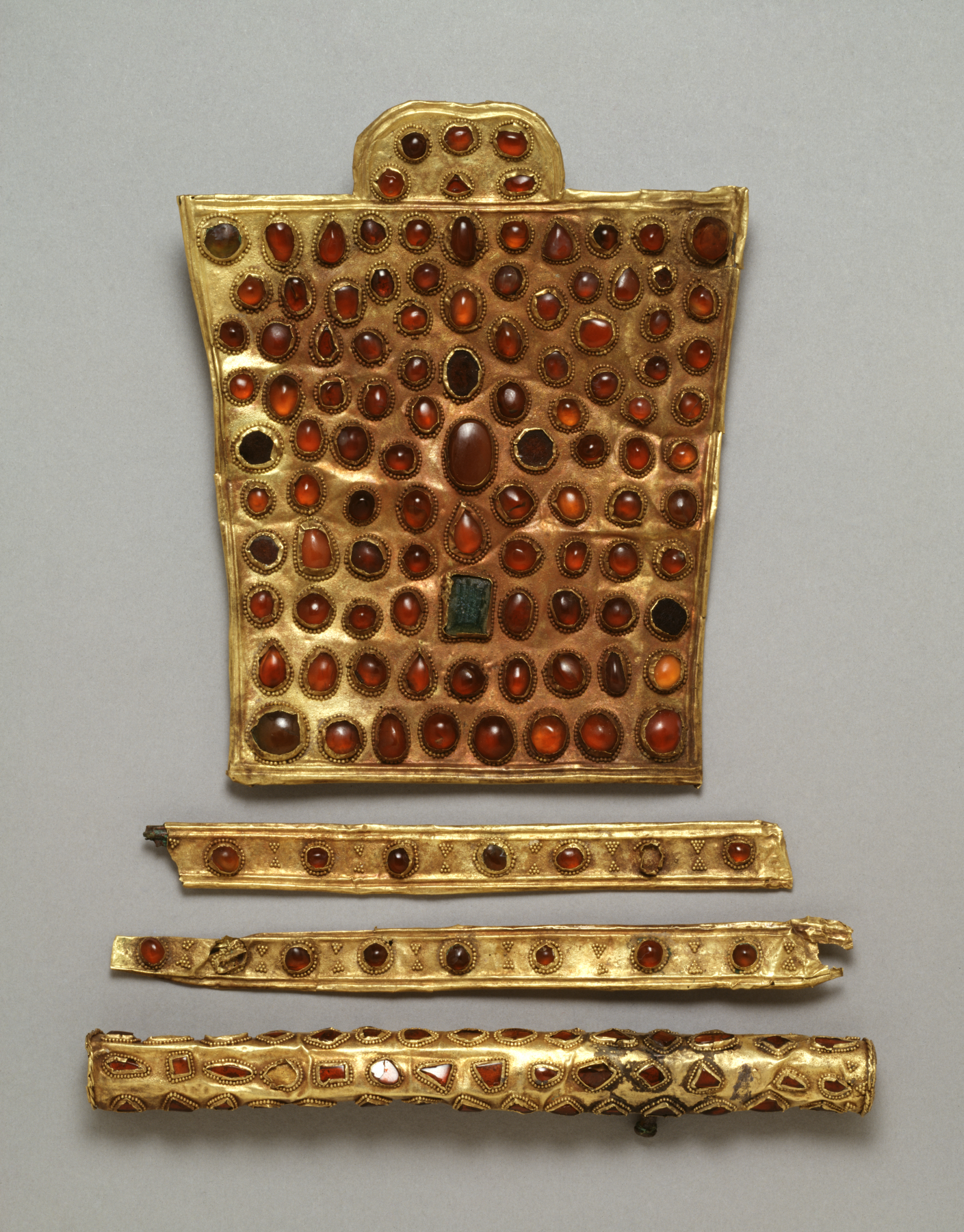 This fine and rare set of horse trappings is decorated with stones in beaded settings- a style Hunnish metalworkers favored.

The large piece is a chamfron, which was worn on the horse's head above the eyes. This one is ornamental rather than defensive and indicated the wealth and power of the horse's owner.

The two thin strips are bridle mounts, which probably covered the bridle or reins near the horse's head, where they would be best displayed.

The gold tube is the handle of a Hunnish whip, called a "nagaika." The open end held the leather of the whip, which would be secured in place by the bronze rivet. The Huns had no spurs and instead used these whips to urge their horses to run.