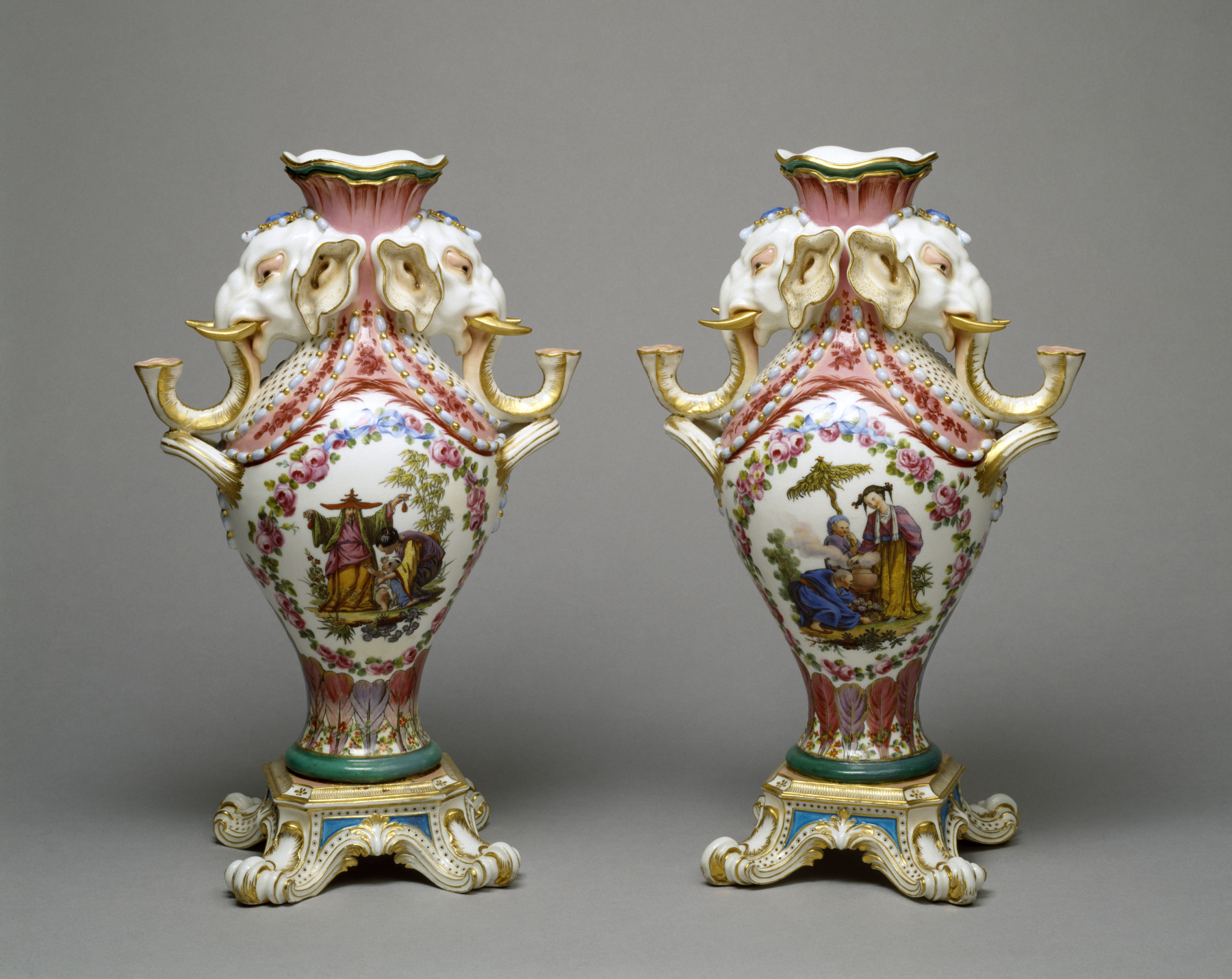 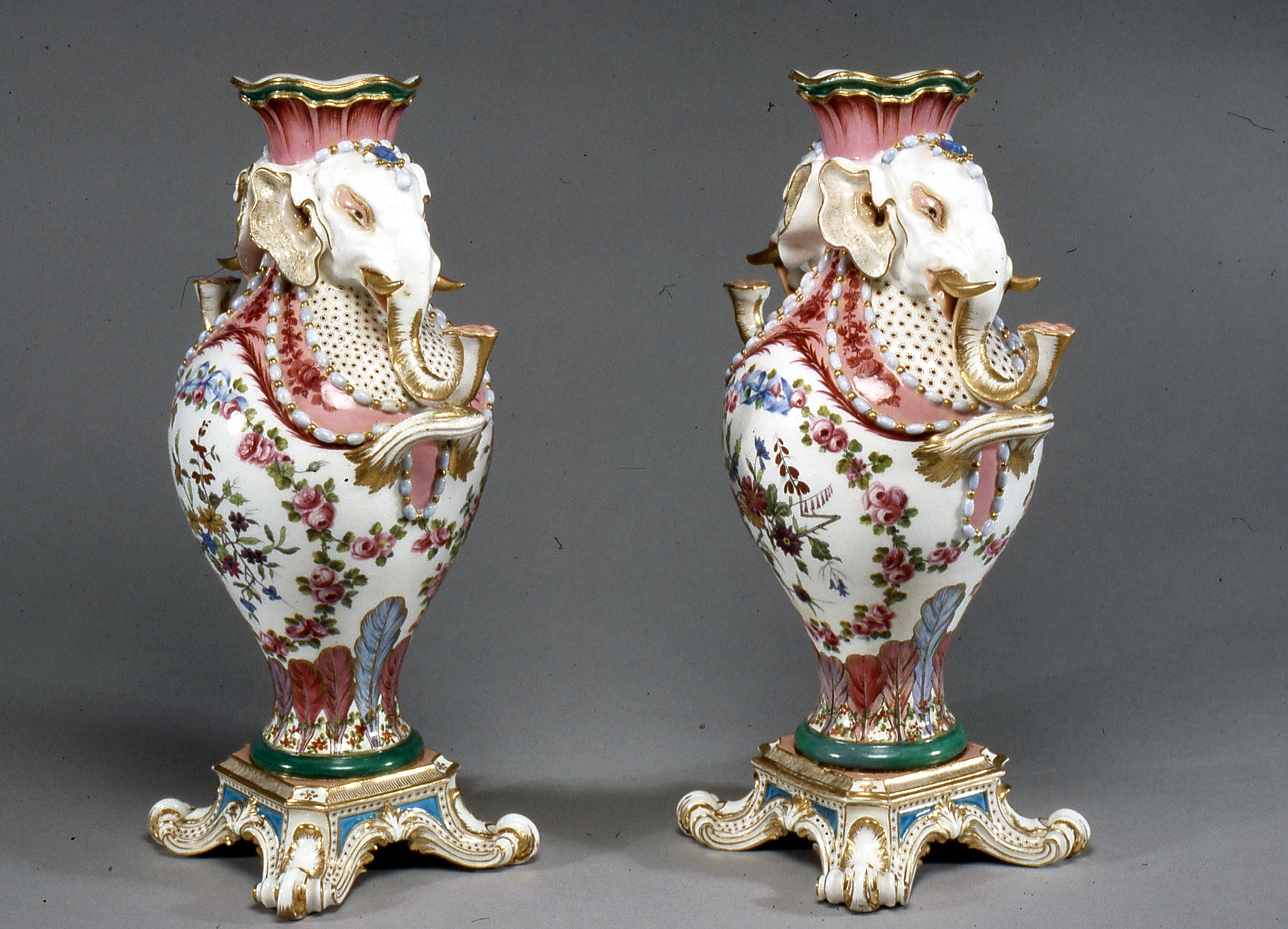 The elephant vases, made in three sizes between 1756 and 1762, are among the rarest and most bizarre forms produced at Sèvres. These examples are distinguished by the pseudo-Asian, or chinoiserie, scenes painted by Charles-Nicolas Dodin. One represents the sense of smell and is derived from an engraving executed by Gabriel Huquier after François Boucher. The other represents the sense of hearing.

This pair of vases is thought to have been owned by Mme. de Pompadour.