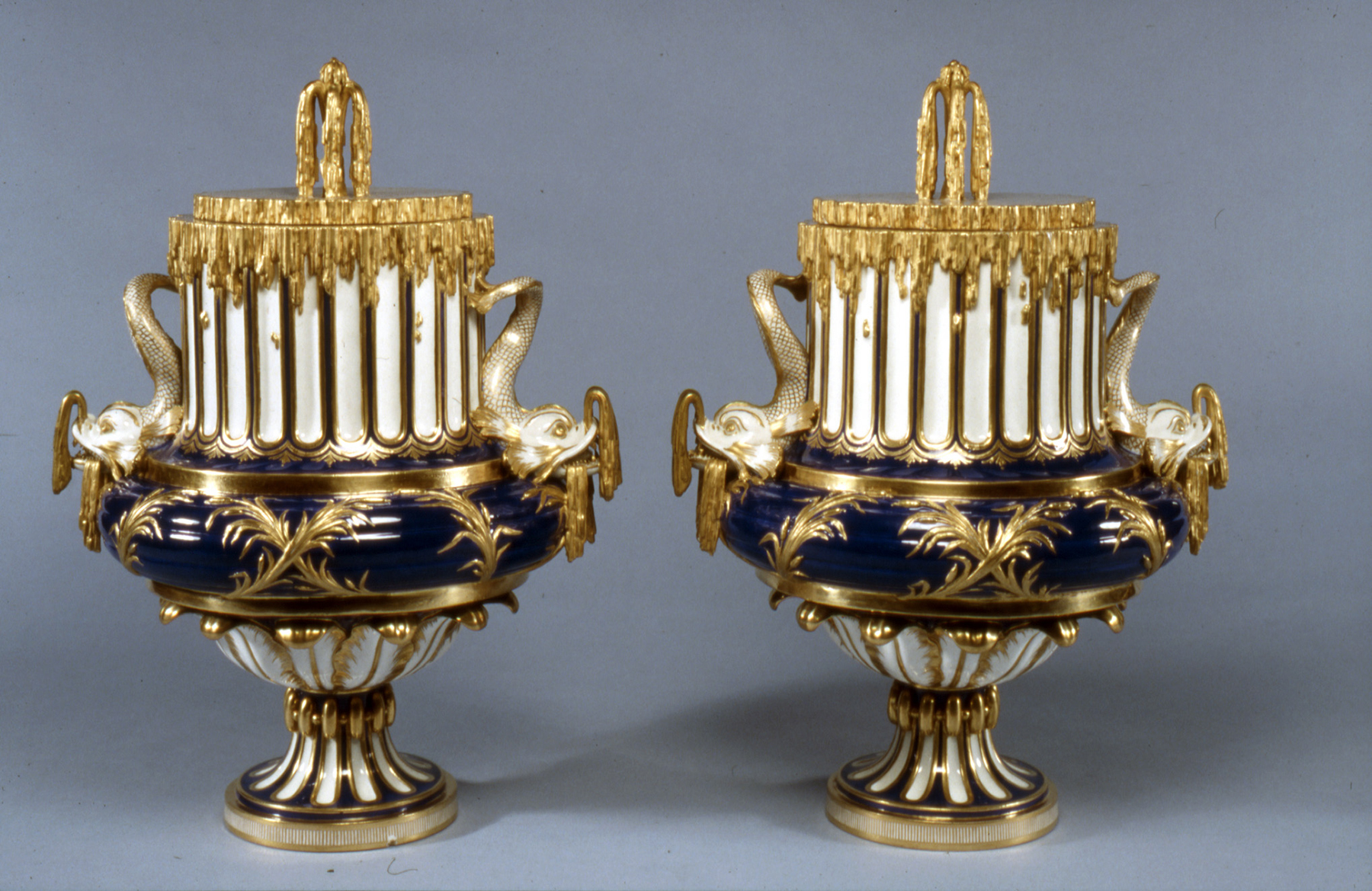 This pair of fountain-shaped vases and a similar pair in the Wallace Collection, London, have been related to a manufactory inventory entry of 1766 for a new model of "vases à jet d'eau" ordered by Louis XV. The ground color is "bleu nouveau." The dolphins might be a play on the French word "dauphin," which refers to both the animal and to the heir apparent of the French throne. In 1765, Louis XVI became Dauphin, and the vases were perhaps created to commemorate that.

[Modeler's Mark] R (R may refer to Roger père, a répareur), ap (these incised letters are hard to decipher and were not originally recorded: possibly ap for Alexis Pépin, répareur)