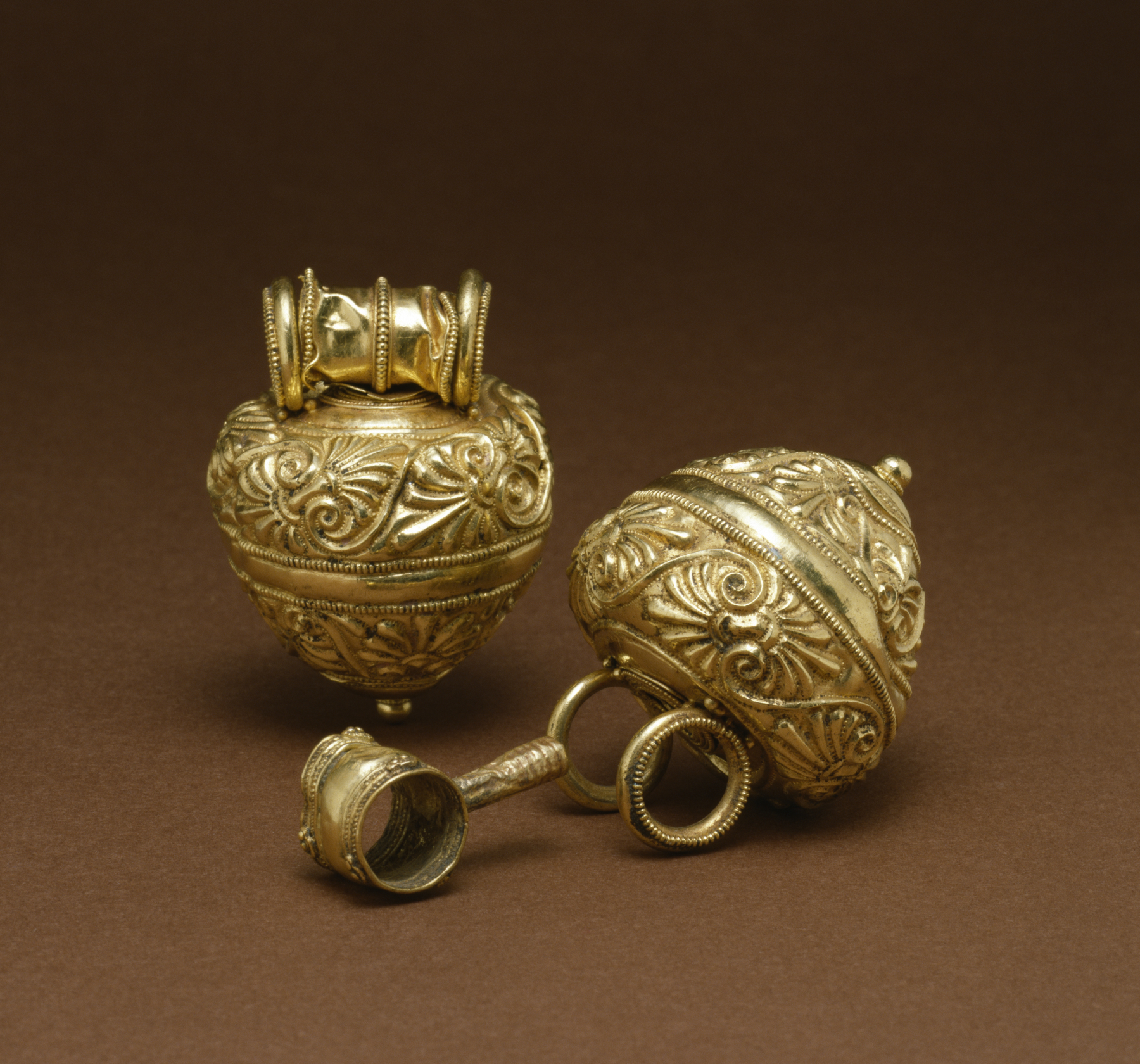 Hollow pendants like these, called "bullae," contained protective charms or perfume and were worn as amulets, especially by children. A stopper at the top, held in place by a chain or cord, secured the contents. The heart-shaped bodies of these Etruscan "bullae" are decorated with detailed palmettes and tendrils worked in repoussé and has intricate smooth and twisted wire applied to the surface.

Henry Walters purchased the first "bulla" in 1930; its companion was discovered 34 years later and bought by the museum to reunite the pair.