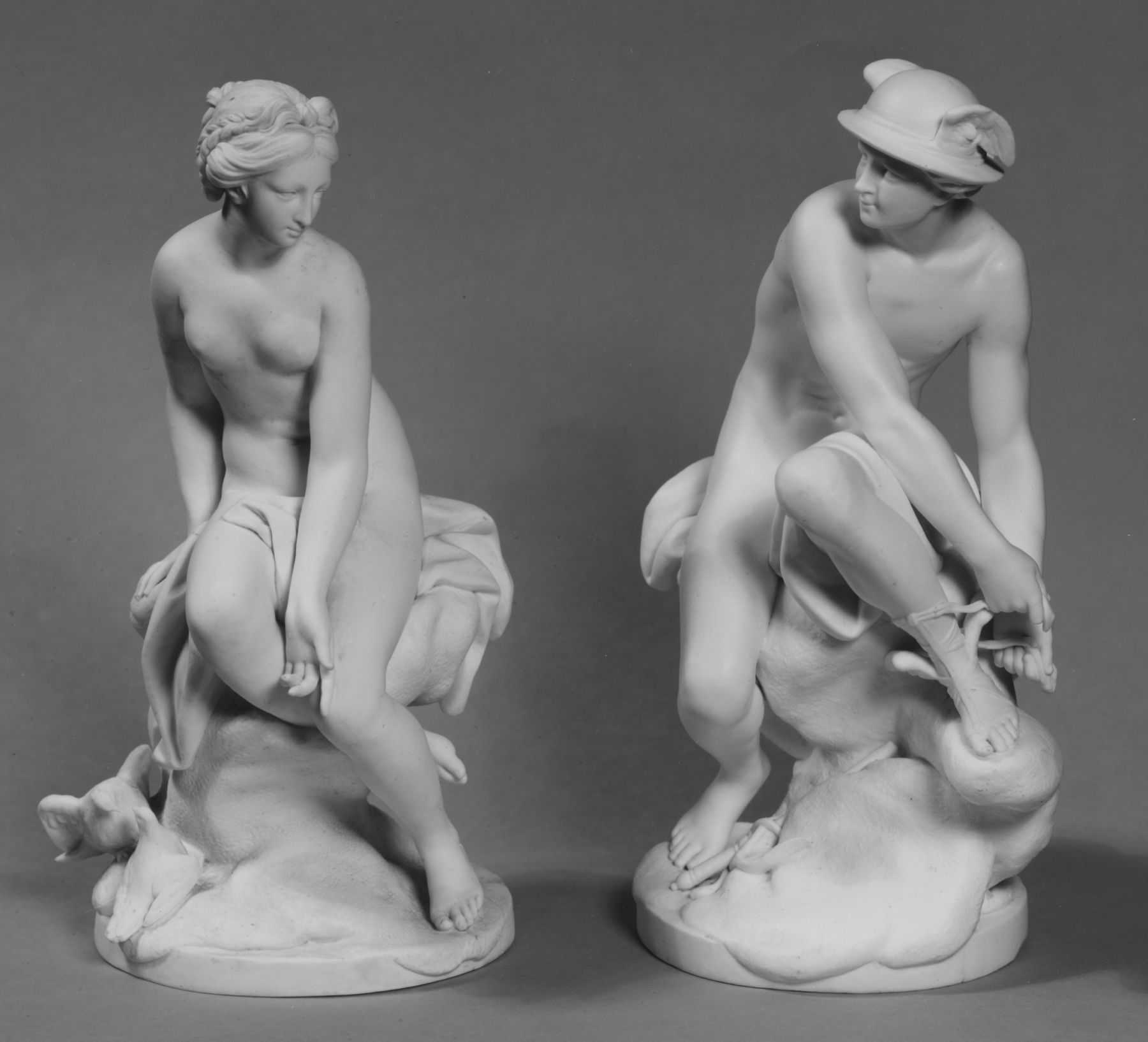 Statuettes of Venus and Mercury

Around 1751, Vincennes-Sèvres began to manufacture unglazed porcelain (or "biscuit") figurines.

These biscuit figurines were based on Jean-Baptiste Pigalle's marble statues of Venus and Mercury. The marble statues were presented by Pigalle to Frederick II, King of Prussia, in 1750.