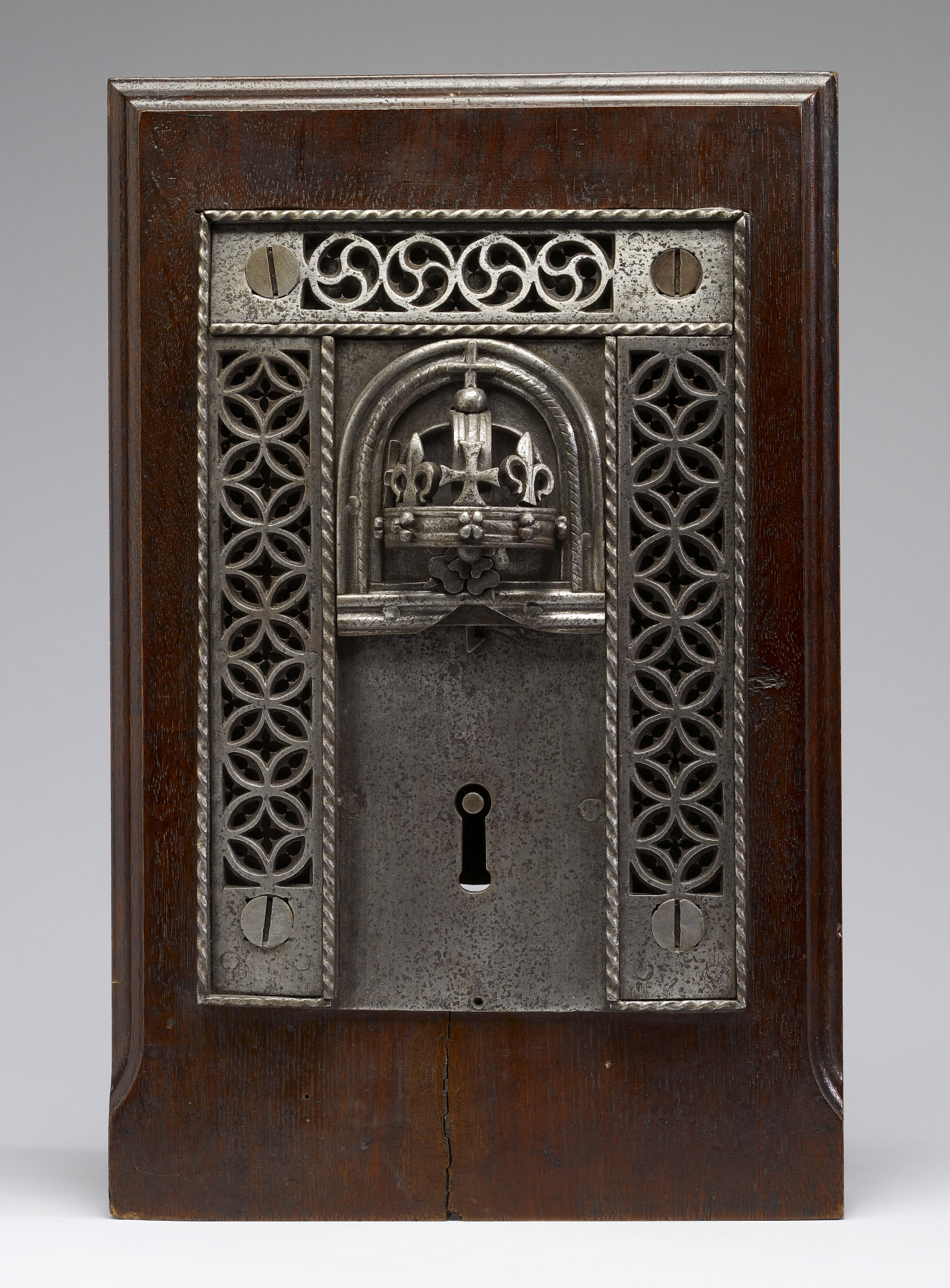 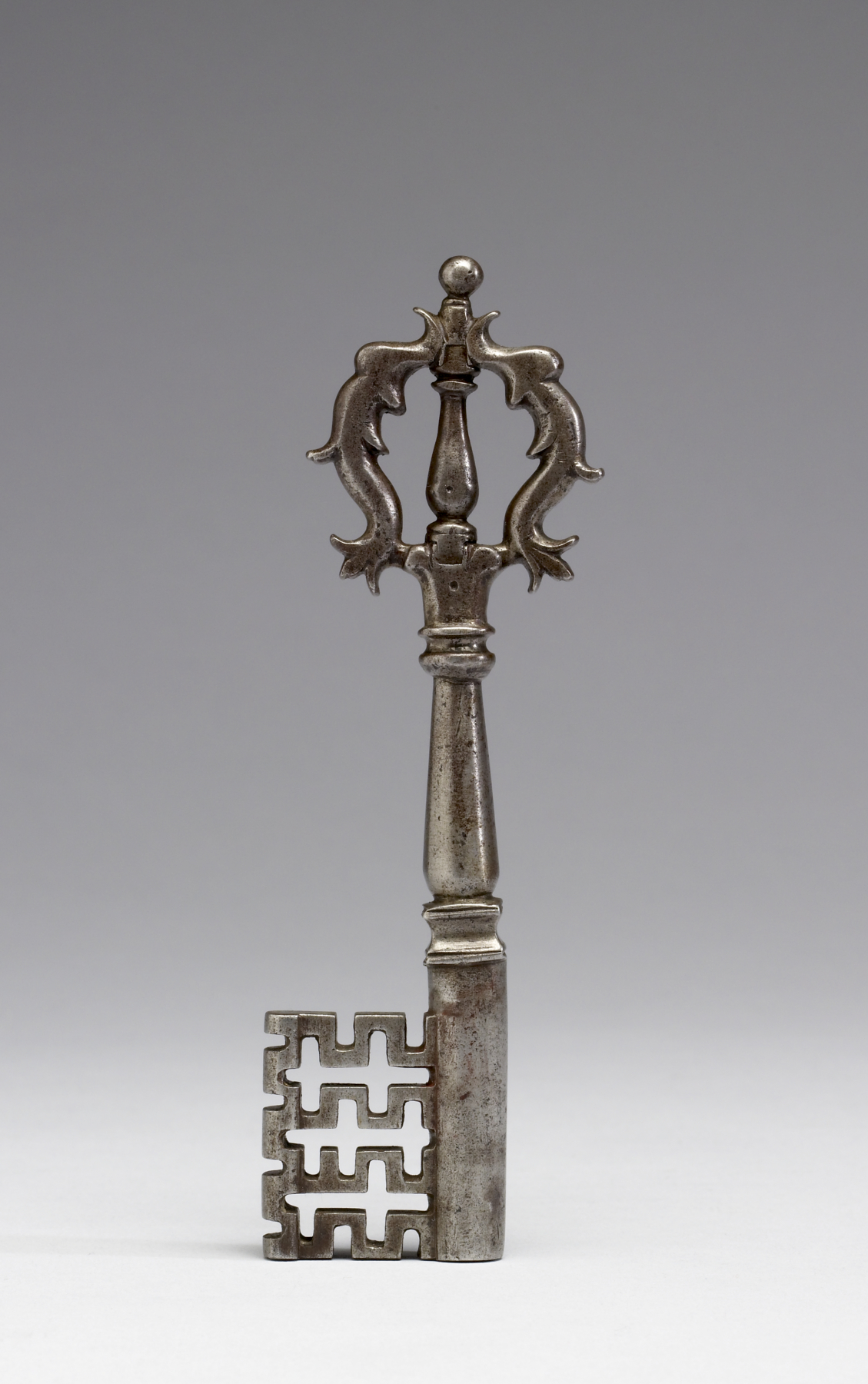 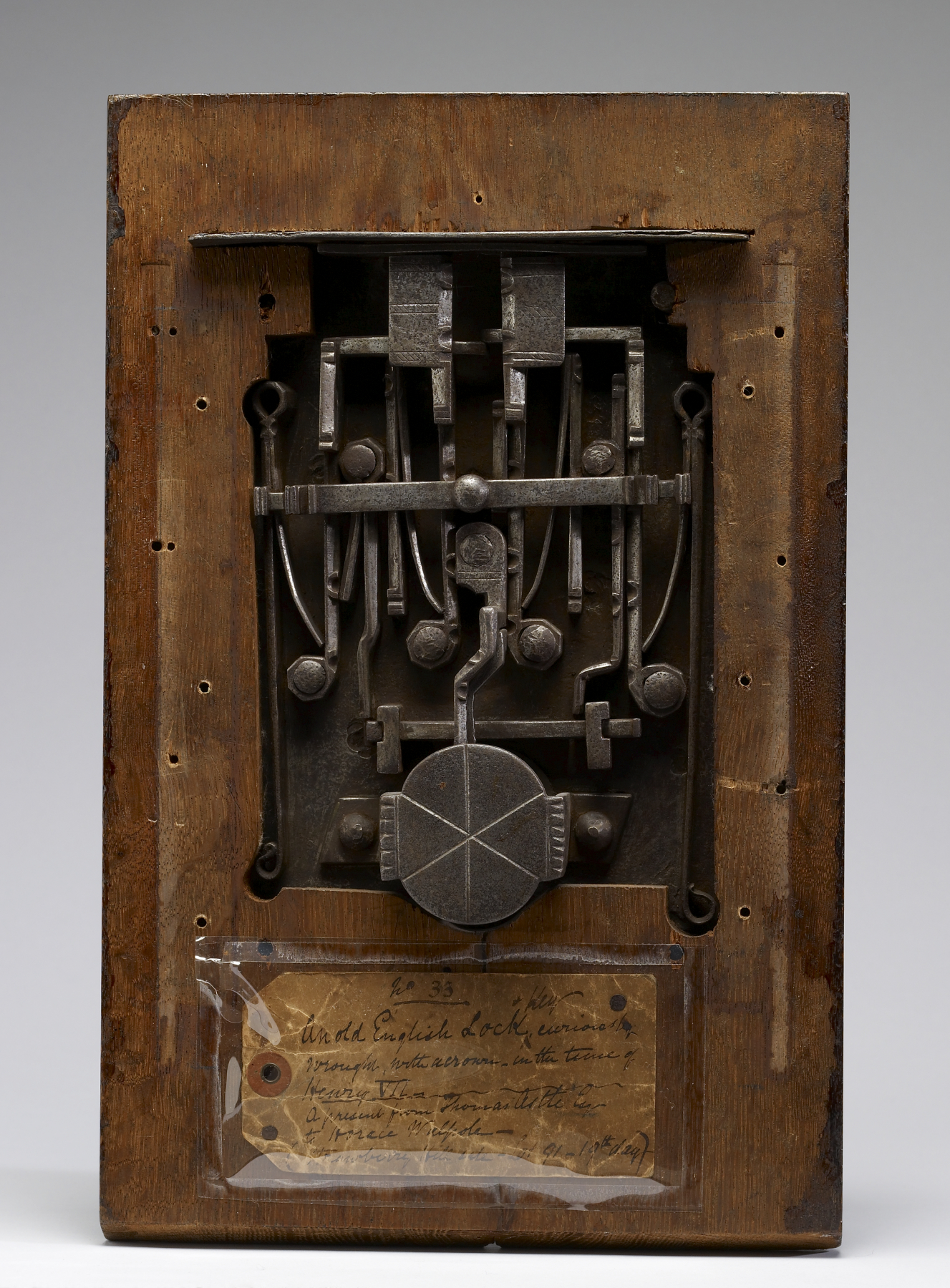 Rim Lock and Key from a Chest Made for Henry VIII

This splendid rim lock for a chest bears the emblems of King Henry VIII of England and was made by a court locksmith. The royal emblems include the crown with two fleurs-de-lis flanking the cross of St. George. The double rose behind the crown is an emblem of the Tudors, Henry's family, combining the white rose, emblem of the house of York, and the red rose of the rival house of Lancaster. The rivalry was resolved by the marriage of King Henry VII, of the Lancaster line, and Elizabeth of York, establishing the house of Tudor. Their son, Henry VIII, was hailed as the unifier of England.