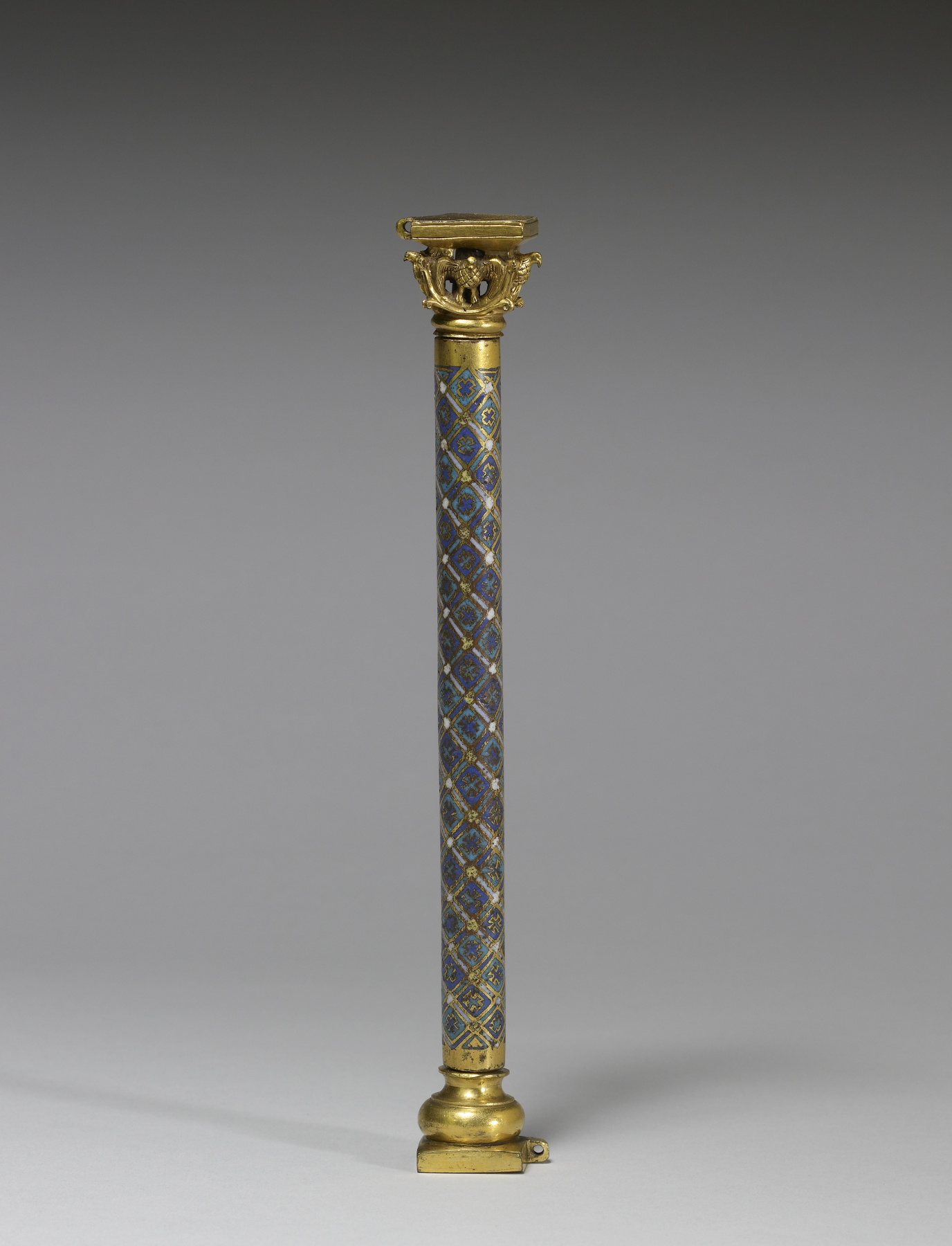 One of a Pair of Columns from a Shrine

This piece is one of two small columns, or colonnettes, detached from the sides of a church-shaped reliquary shrine. One column (Walters 44.597) has checkered trellis pattern of enamel filled with tiny crosses and is topped by a gilt capital ornamented with small cast birds. The other column (Walters 44.598) has alternating, diagonal bands filled with cross ornament set within quatrefoils and a capital cast with an acanthus-leaf motif. 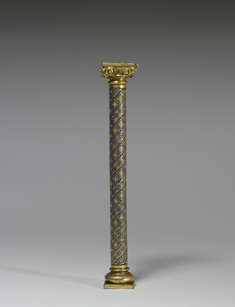 One of a Pair of Columns from a Shrine