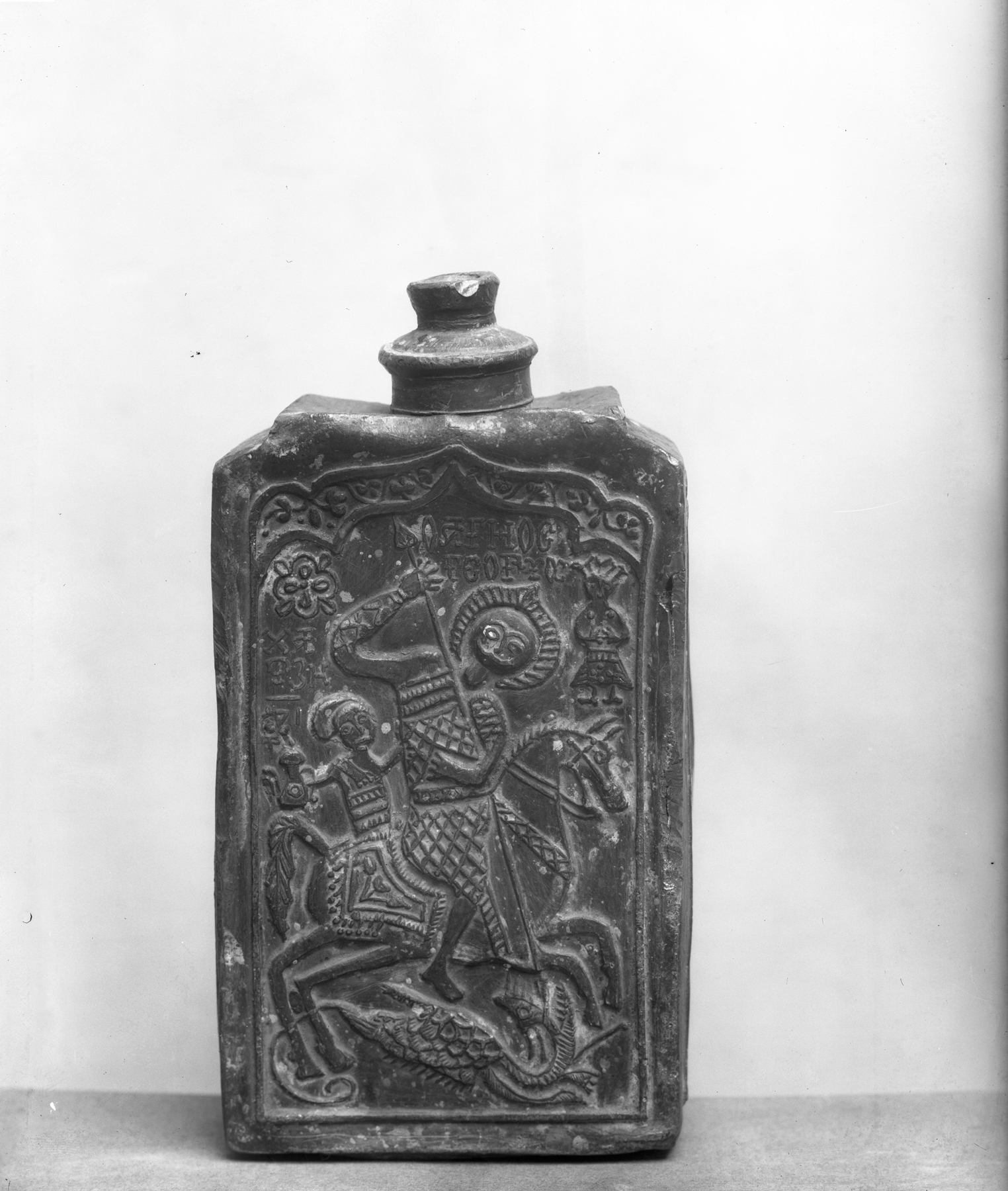 Flask with an Image of Saint George Killing the Dragon

Such lead, silver or tin flasks for brandy were manufactured in large quantities for Christians in the late Ottoman Empire. The saints depicted on them were meant to protect the owner. Images of Saint George were particularly popular. Here, the saint's name is accompanied by the abbreviation IC XC (Jesus Christ), the name "Joseph" (probably the owner's), and on the other side, above the head of the irder seated behind St George, the word "Hadji" (meaning, for Christians, "one who has made a pilgrimage to Jerusalem").