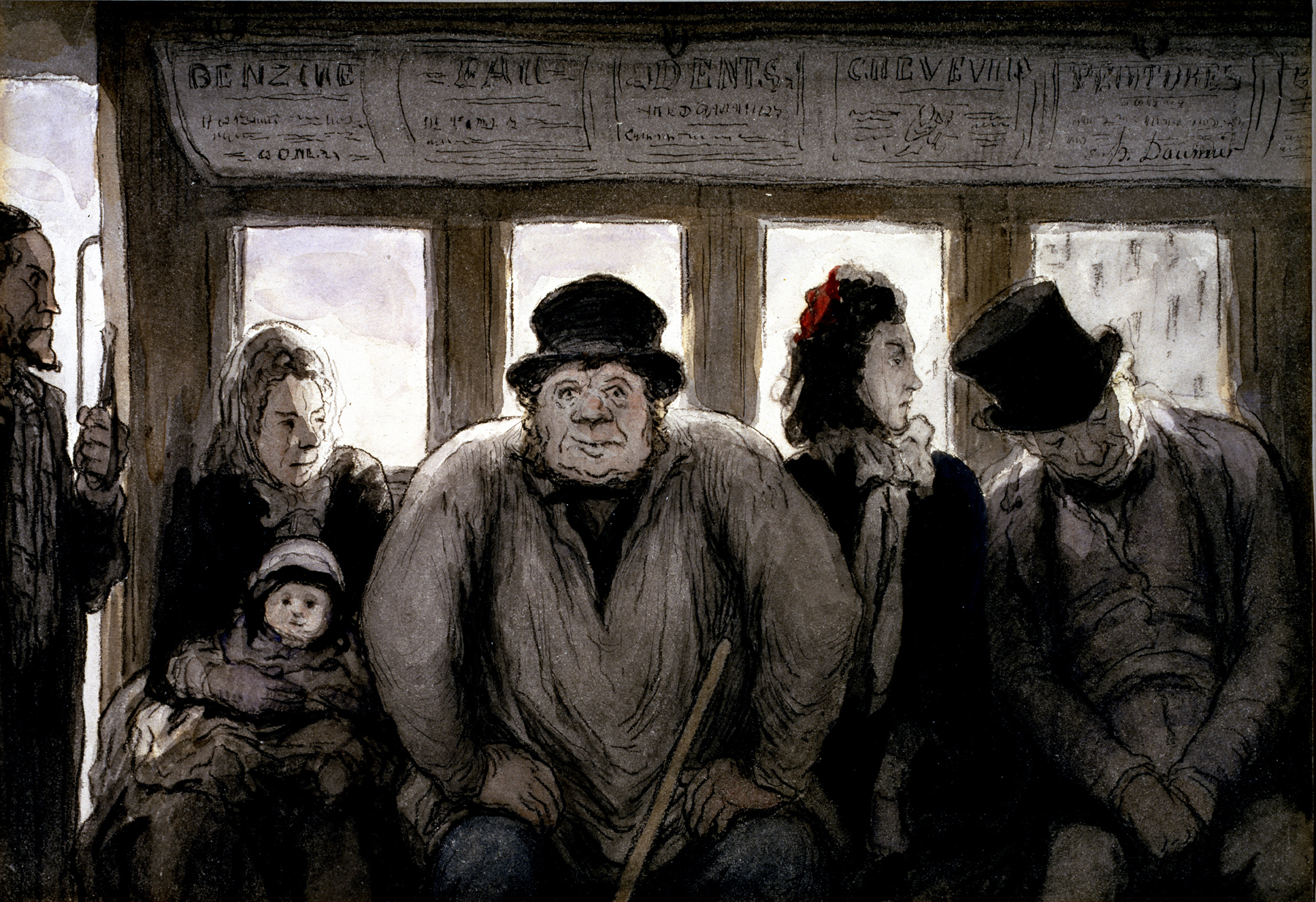 The omnibus, a means of inexpensive public transportation with established routes either within a city or between cities, was introduced into Paris in the late 17th century but lasted only a few years, until 1678 (Larousse, Paris, 1898-1904, vol. 6). The idea was taken up again in the 19th century, when routes from Paris to Nantes and Bordeaux were inaugurated. After overcoming initial opposition from both the government and the public, omnibus concessions were granted again within Paris in 1828. Unlike a train, the omnibus had no seating arrangements by class. Instead, passengers could either hail the conveyance in the street or wait at a designated office along the line. In the case of the latter, riders received numbered tickets and waited for the conductor to call them in numerical order.

Here, Daumier treats the inevitable conflict that arises from the mingling of the working and middle classes, in such confined quarters, with more humor than he has demonstrated in previous representations of this subject.