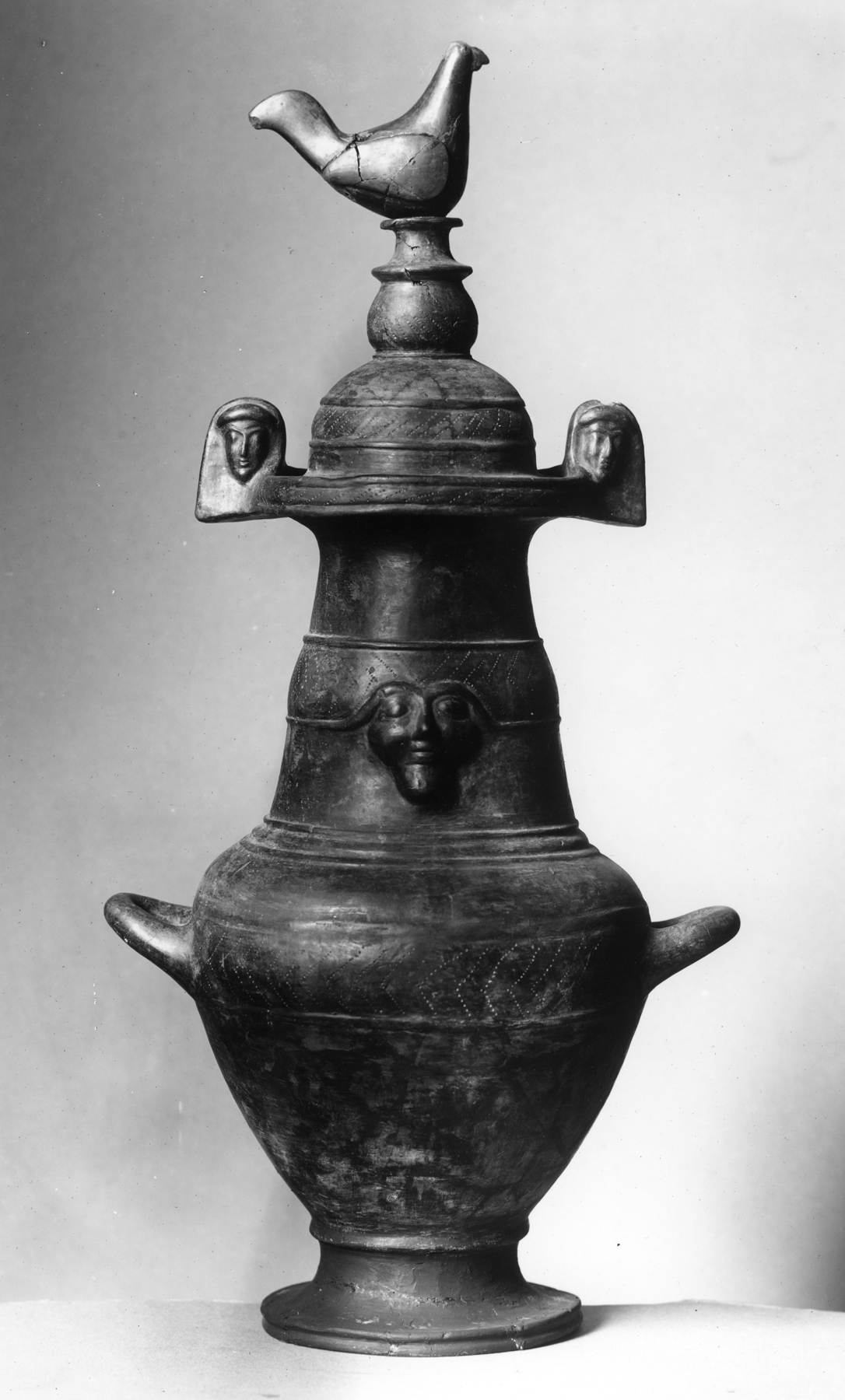 This hydria, lid, and finial combination include several figural elements, from the humanoid mask on the neck of the hydria to the heads protruding from the lid, ending with a stylized bird perched on the top. It may have been used as a cinerary urn.
The Etruscans were a confederation of city-states in central Italy during the 7th-3rd centuries BCE. In addition to their notability as a maritime power, the Etruscans are also known for their bucchero, a style of pottery that was produced between the 7th and the 5th centuries BCE. It is black inside and out due to the reducing atmosphere during the firing process that prevented oxidation. Bucchero vessels are made on a wheel, and the forms often imitate contemporary impasto and metalware. When polished, the effect of bucchero’s black surfaces can even resemble oxidized silver. Made in the workshops of Chiusi, pottery known as "bucchero pesante" ("heavy bucchero") is distinguished by bold, imaginative shapes and abundant molded and incised decoration. The dome-shaped lid with rooster finial of this example has clearly been influenced by earlier Villanovan works.