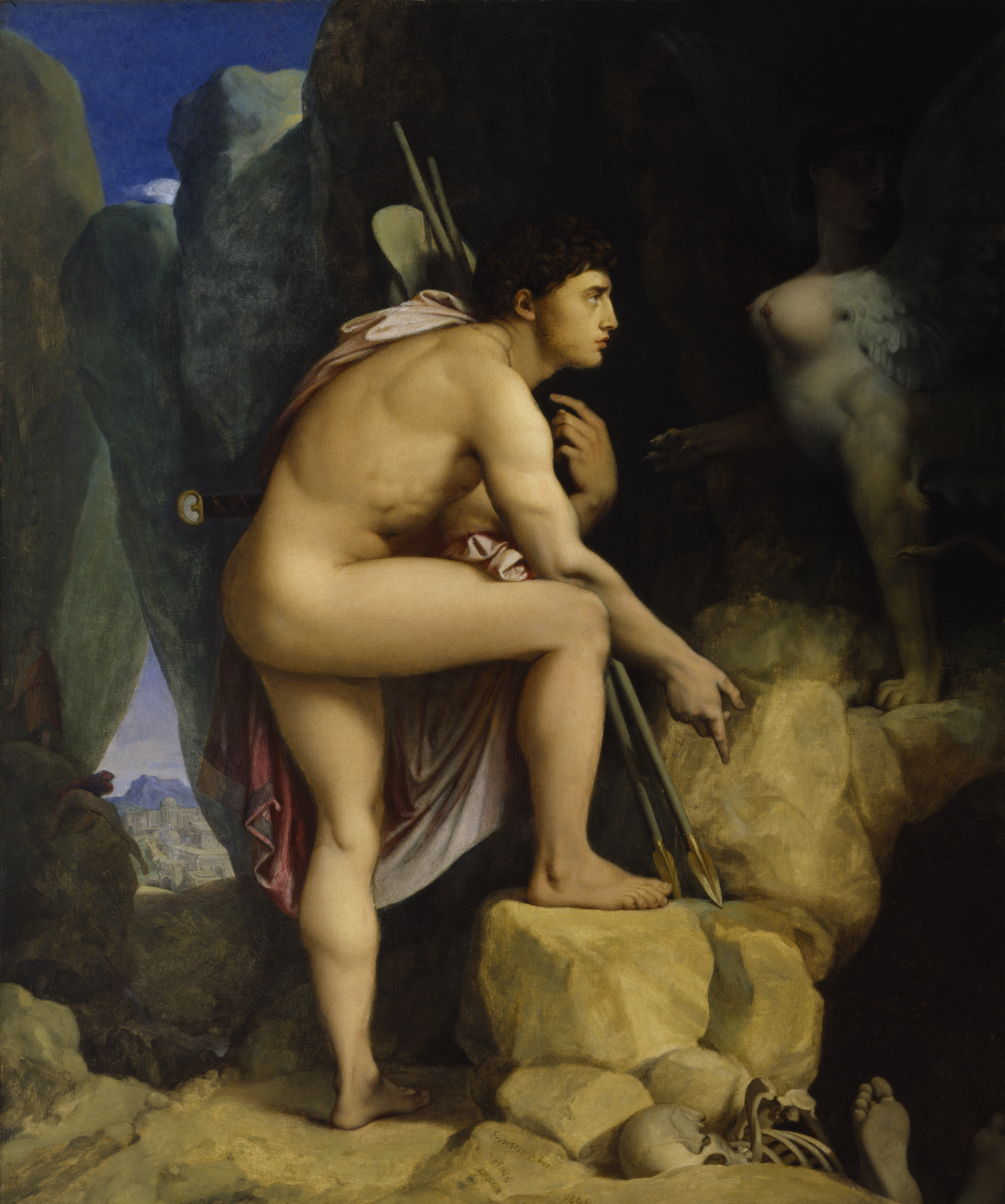 Oedipus and the Sphinx

The Sphinx, a mythical creature-part lion, part woman-grimaces in horror as Oedipus solves her riddle: "What is that which has one voice and yet becomes four-footed, two-footed, and three-footed?" Oedipus replies, "Man, for as a babe he is four-footed, as an adult he is two-footed, and as an old man he gets a third support, a cane," and the Sphinx hurls herself onto the rocks below, which are strewn with the bones of her victims.

Ingres, who frequently repeated the subjects of his paintings, first depicted this story at the beginning of his career and returned to it several times, making variations in the composition, such as reversing the direction in which the figures faced.