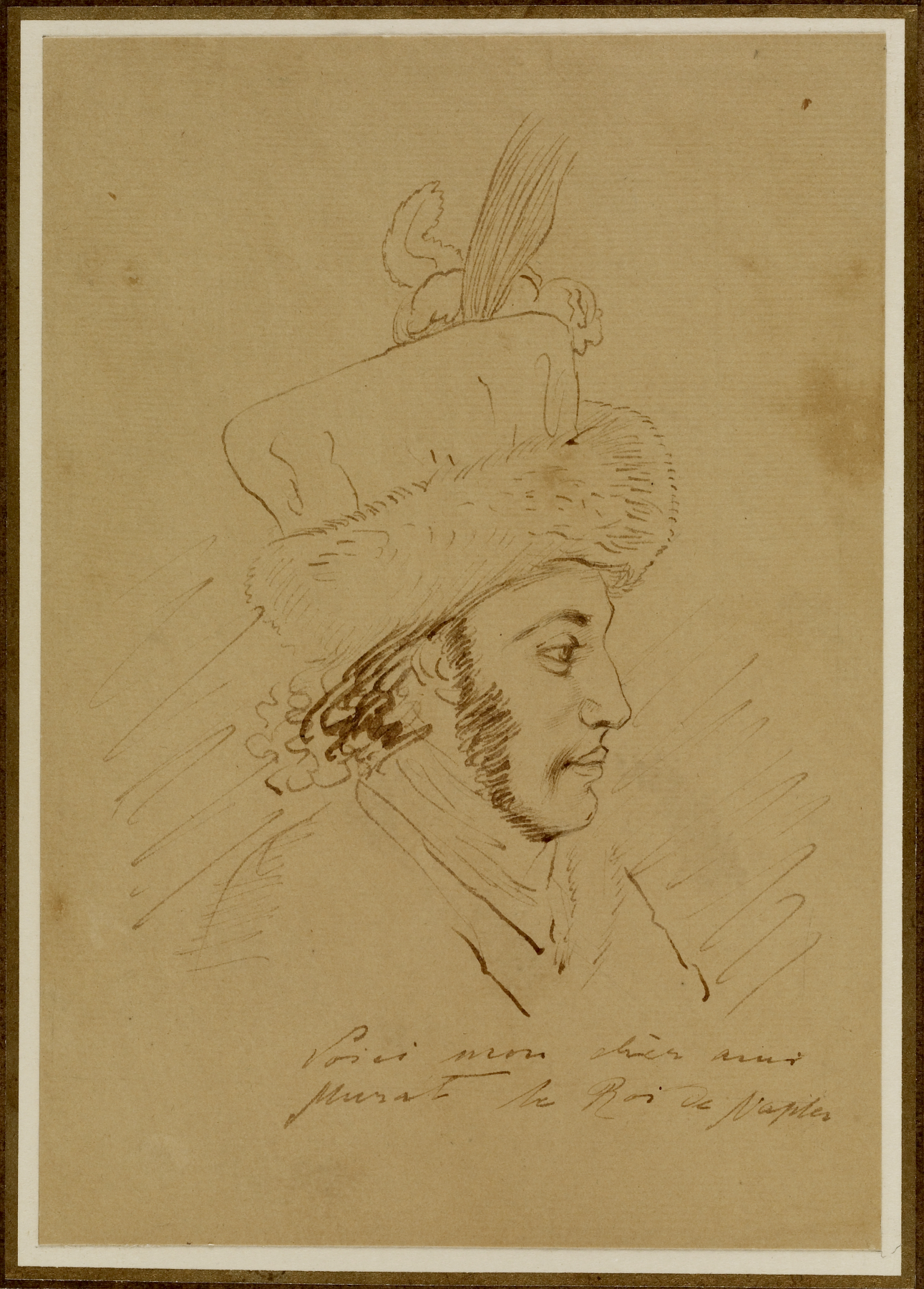 Baron Gros, one of the most highly regarded artists in France at the beginning of the 19th century, bridged the gap between classical painting and the romantic movement in his naturalistically rendered, emotionally charged works depicting contemporary events, particularly battle scenes. He served Emperor Napoleon I as well as the succeeding Bourbon monarchs Louis XVIII and Charles X.

Beneath this portrait sketch, Gros wrote: "Voici mon cher ami Murat le Roi de Naples" (Behold my dear friend Murat, the king of Naples). Joachim Murat (1767-1815), a cavalry officer, married Napoleon's sister Caroline in 1800. He participated in many of the emperor's military campaigns and rose to the rank of marshal in 1804. Four years later, Napoleon designated him "King of the Two Sicilies" (he actually reigned only in Naples). Murat was admired for his handsome appearance and his flamboyant uniforms. This drawing shows Murat as he appears in Gros's enormous painting "Napoleon at the Battlefield at Eylau" (1808, Louvre Museum).