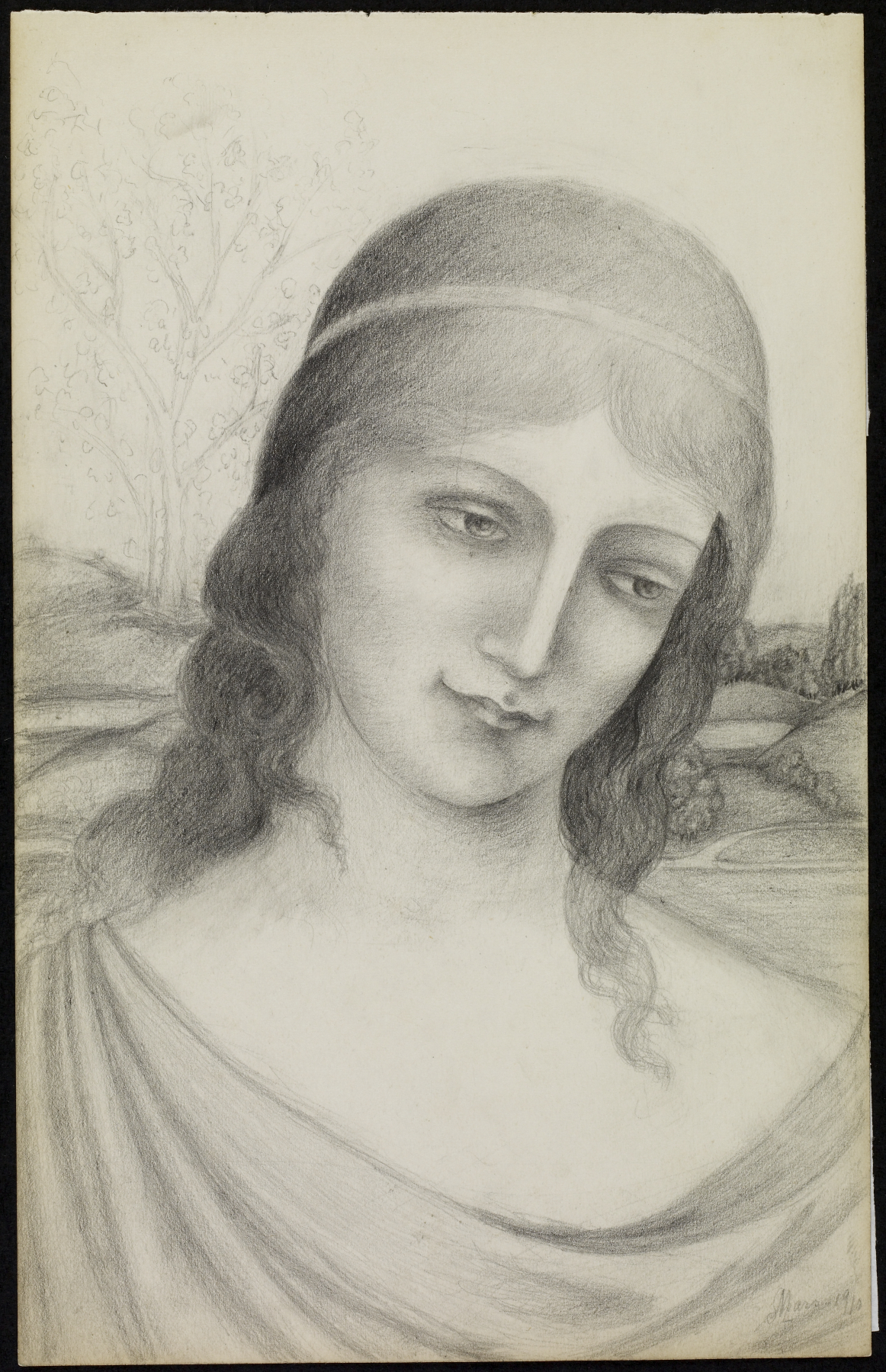 Bust of a Maiden in a Landscape

Point began his career as a realist, painting scenes set in North Africa. After a trip to Italy in 1893, he became enamored of the works of the Italian artists of the 14th and 15th centuries and adopted their styles as well as their medium of tempera painting.

Point became associated with the symbolist movement in the 1890s and worked with Joséphin Péledan (1858-1918), the high priest of the Rosicrucian brotherhood. Members of this group sought to bring art closer to the ideals of Catholicism through the use of mysticism, legend, allegory, and dreams.