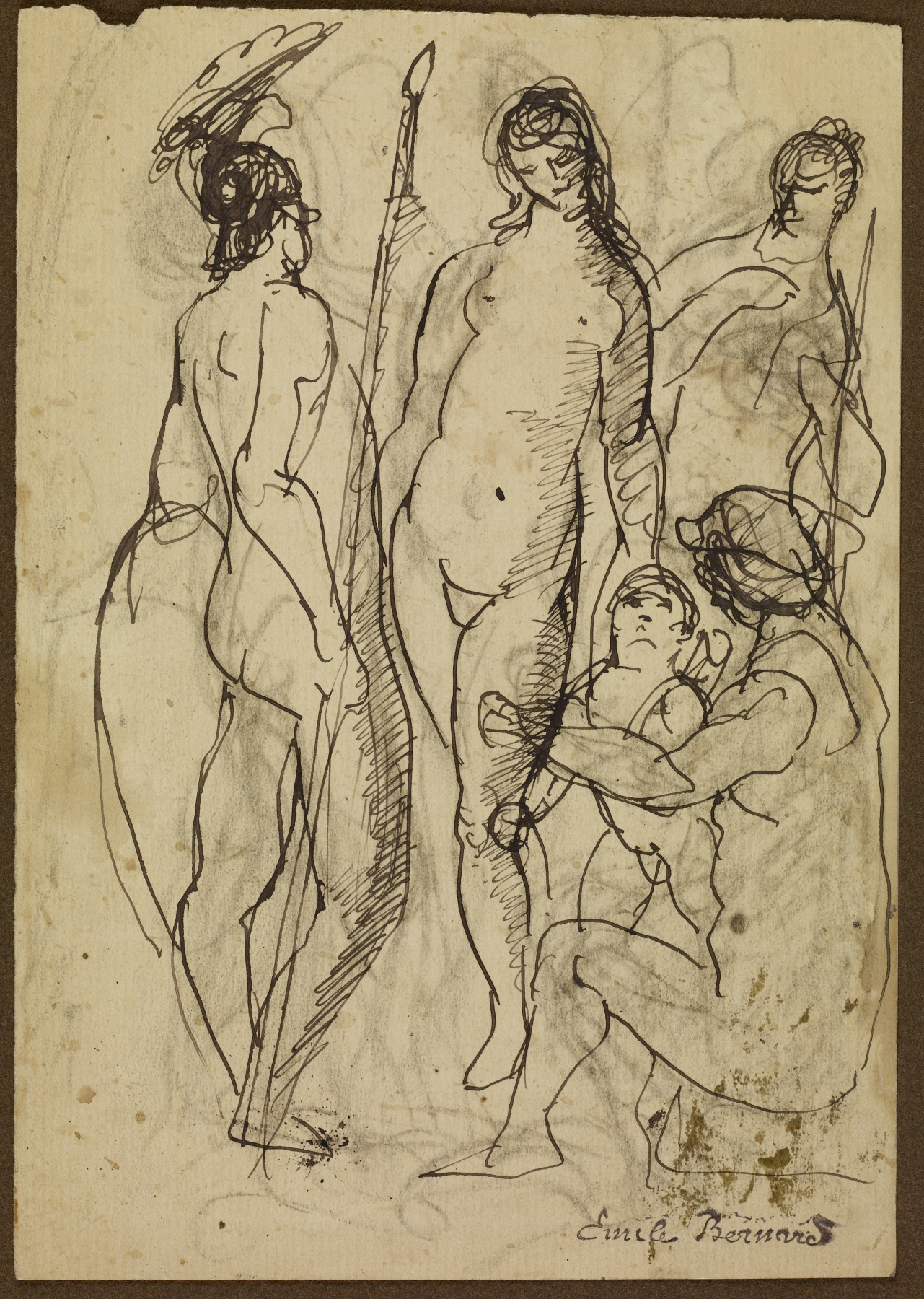 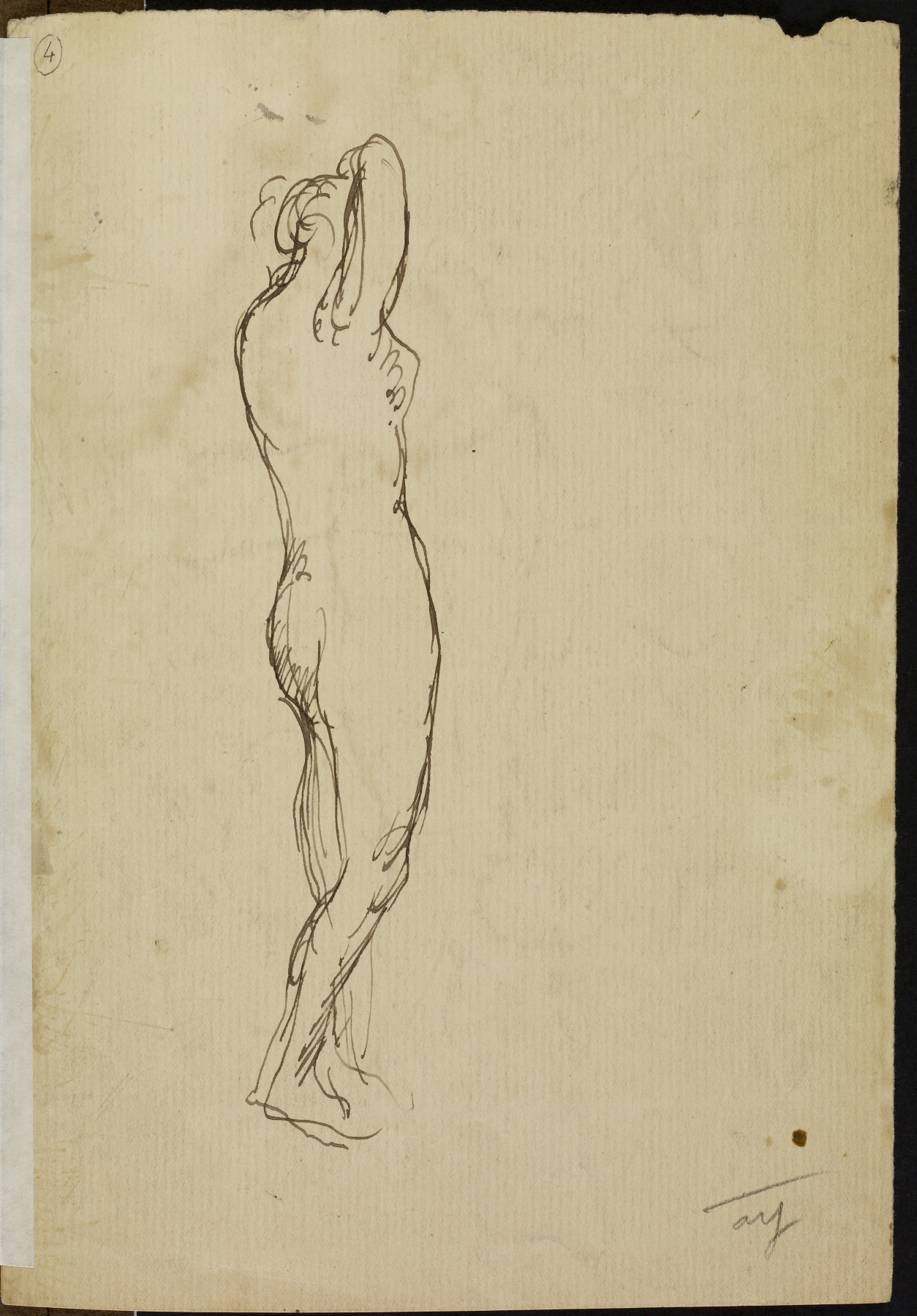 This post-impressionist painter, together with Louis Anquetin (1861-1932) and Paul Gauguin (1848-1903), introduced "cloisonnism" (a term derived from cloisonné enameling) into French painting in 1887. Forms were reduced to their simplest shapes and separated by dark contours. Though this drawing dates from the 20th century, it still reflects advice Bernard gave early in his career: "You have to simplify the spectacle in order to make some sense of it. You have, in a way, to draw a plan."

[Transcription] on reverse: -4 and -AY