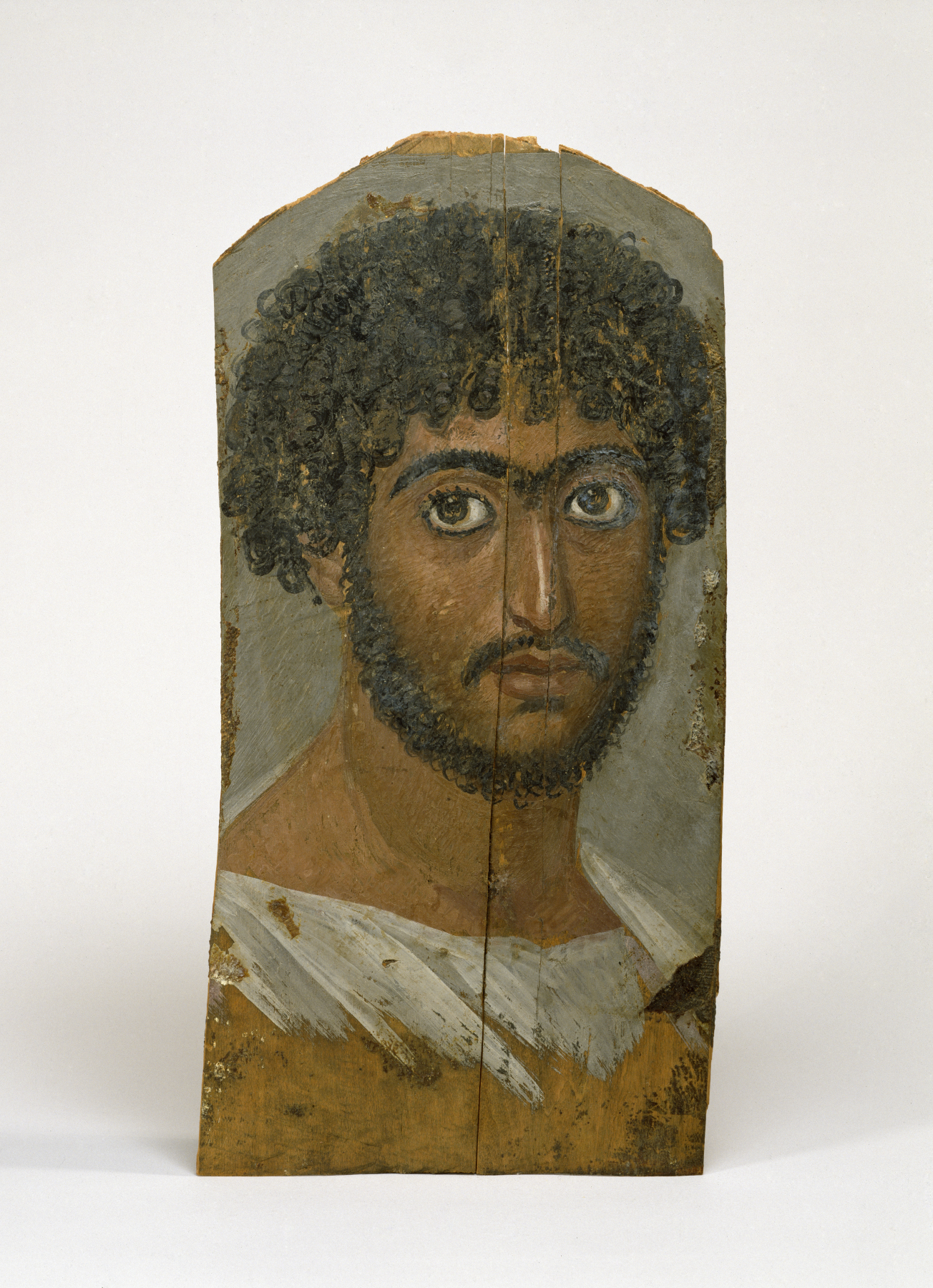 Panel Portrait of a Bearded Man

Prior to the Roman Period, the likeness of the deceased on the mummy mask, coffin, and sarcophagus was an idealized representation that conformed to the general style of the period. With the arrival of Roman rule in Egypt, mummy portraits became increasingly naturalistic. The new style of portraiture was sometimes rendered in two-dimensional paintings on a wood panel or on linen. The panel portraits were made in either tempera paint or in encaustic, like this example. Encaustic painting is a technique in which the pigment is dissolved in wax before it is applied to the surface.