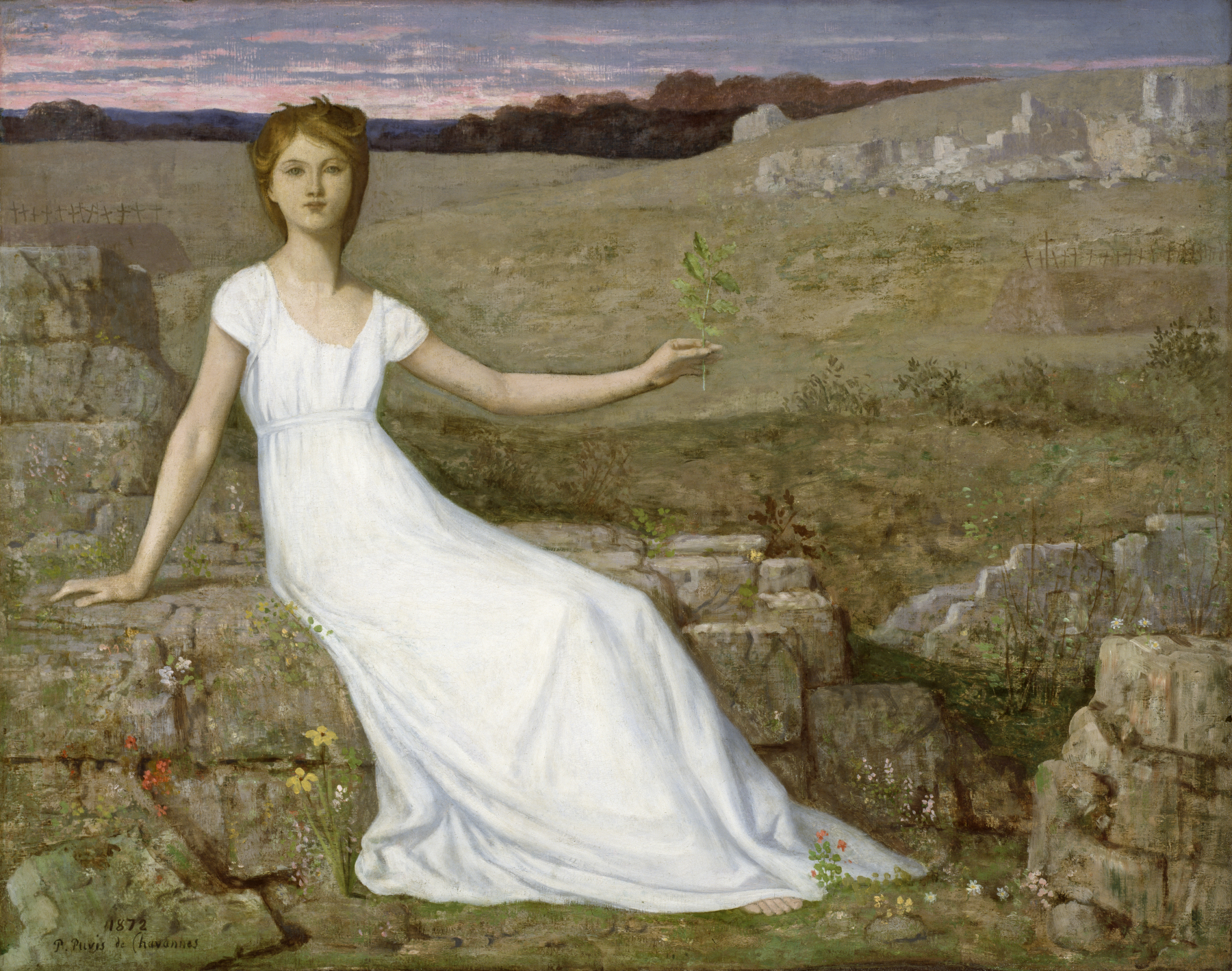 In the wake of the catastrophic Franco-Prussian War of 1870-71, the artist painted this picture of a young woman seated in a devastated landscape holding an oak twig as a symbol of hope for the nation's recovery from war and deprivation. This painting was exhibited at the Paris Salon of 1872. A smaller variant, showing the subject nude, is at the Musée d'Orsay, Paris.

Puvis de Chavannes was one of the most original artists of his generation. His utopian visions, in which the figures seem to float in a dream-like landscape, served as a point of departure for many younger artists, such as Paul Gauguin (1848-1903) and Henri Matisse (1869-1954). 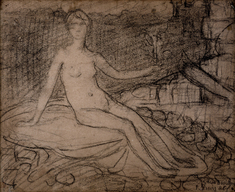