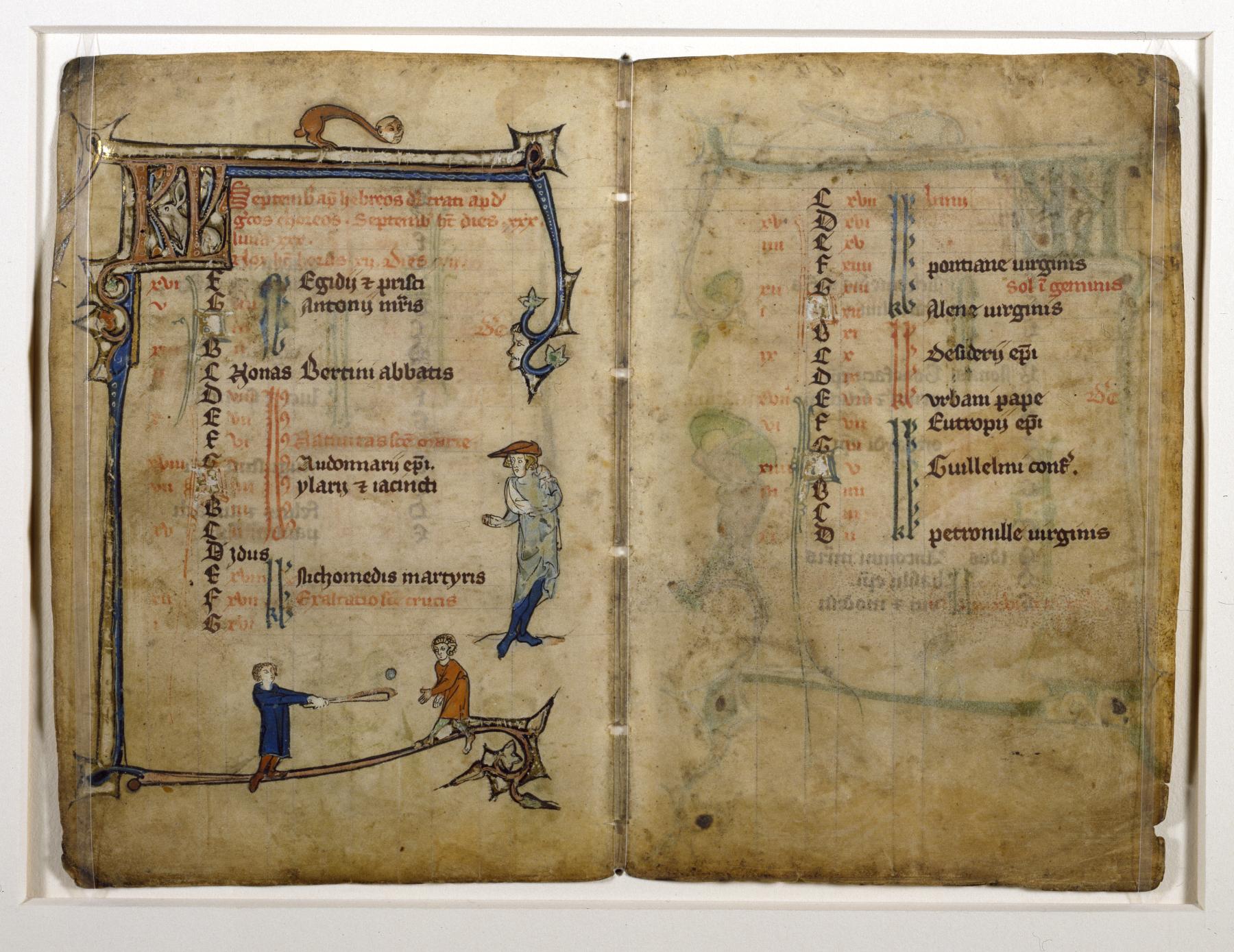 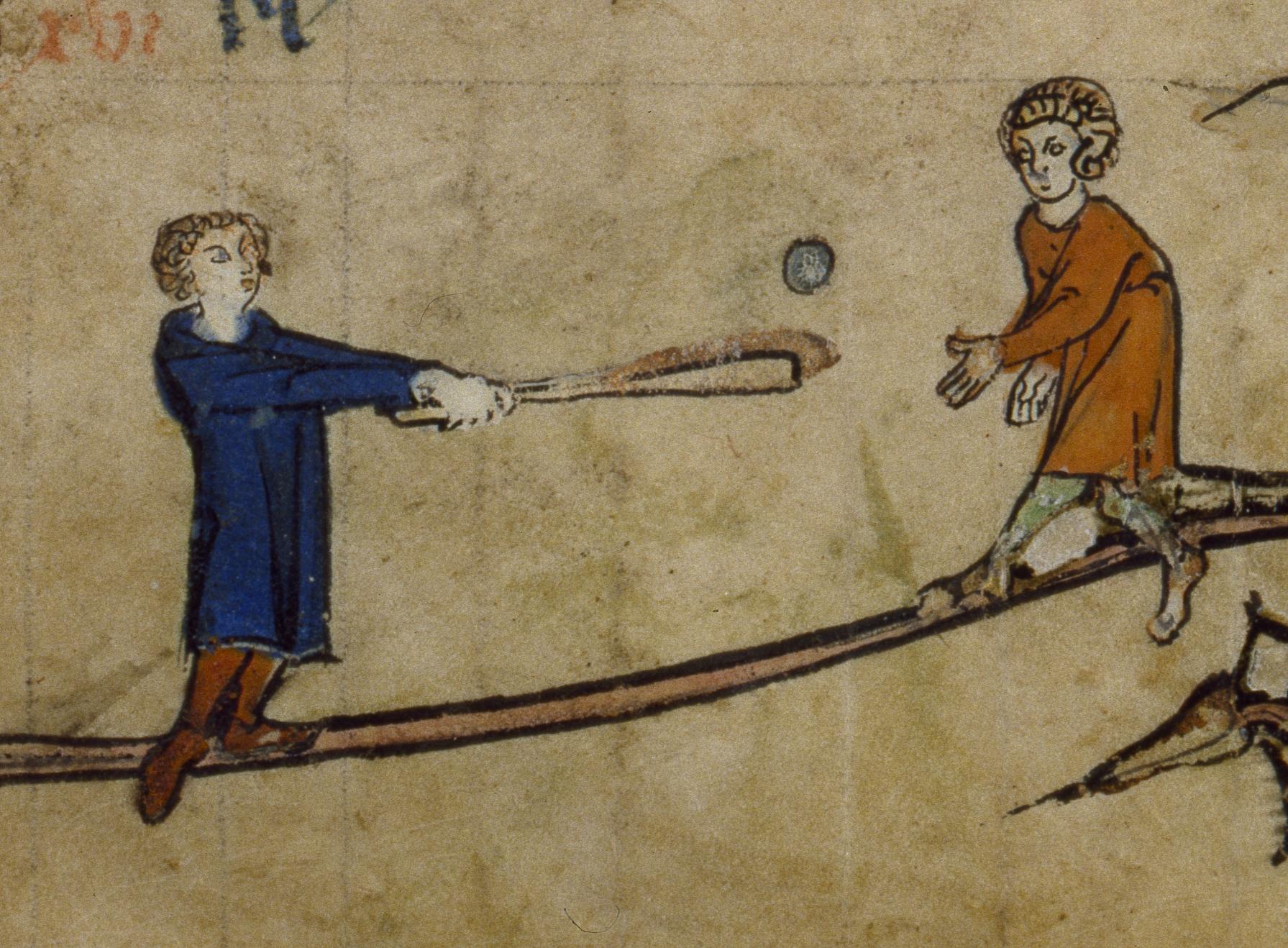 Stoolball may have been an early version of baseball. Dating to the 11th century, it was a folk game that men and women played together. While many variations existed, typically one person threw a ball at a stool, which a "batsman" would try to defend by hitting the ball away. If the batsman succeeded, he would run around to several stools (like bases) to score, while others tried to get him out. The traditional prize was a cake, or even a kiss!

Museum purchase, made possible by the Women's Committee, Octavo Plus, and Mr. and Mrs. James Ulmer III, 1999 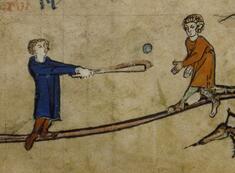 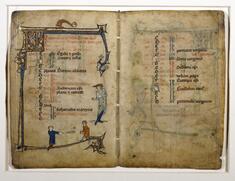 Leaf from The Ghistelles Calendar