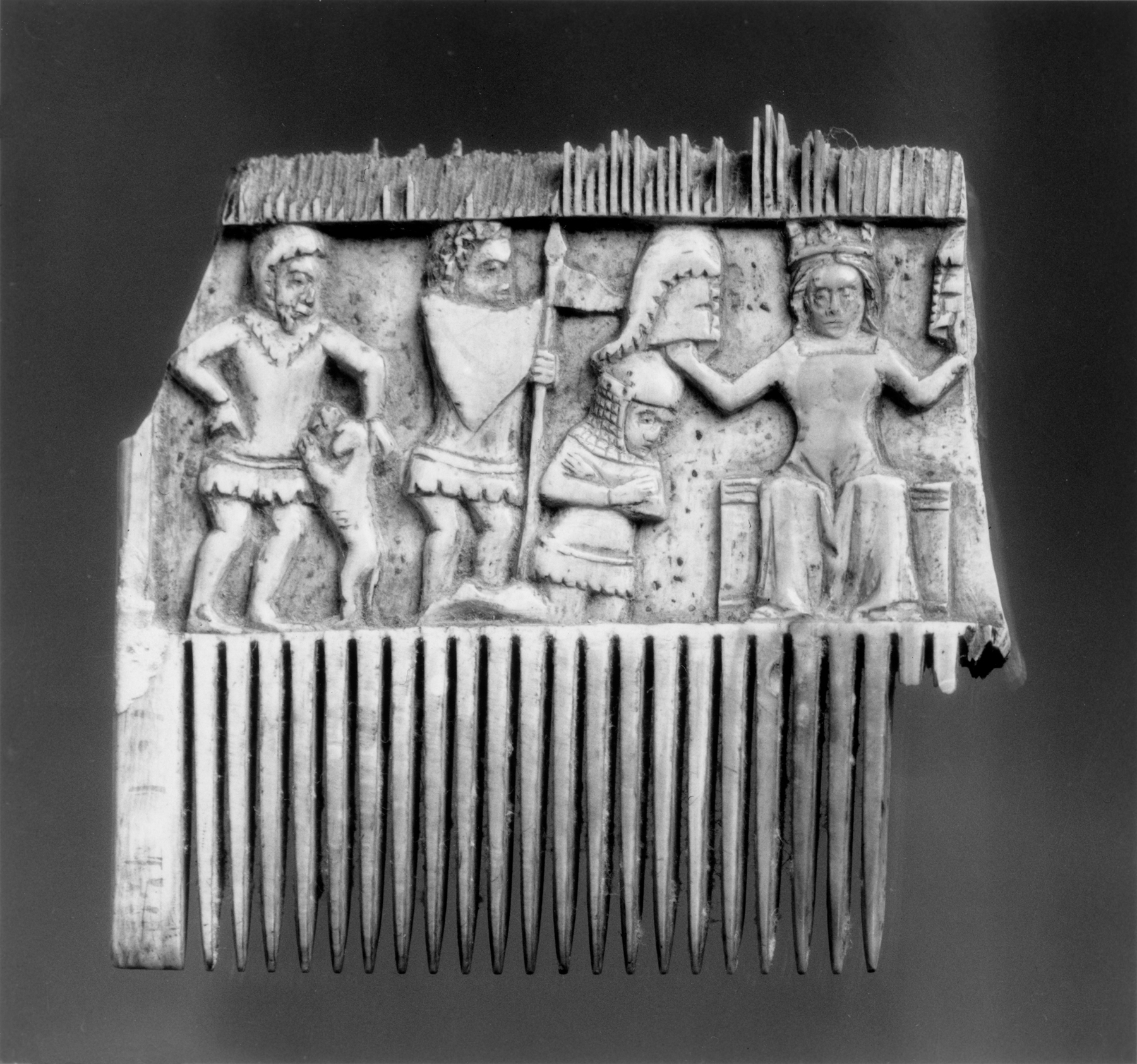 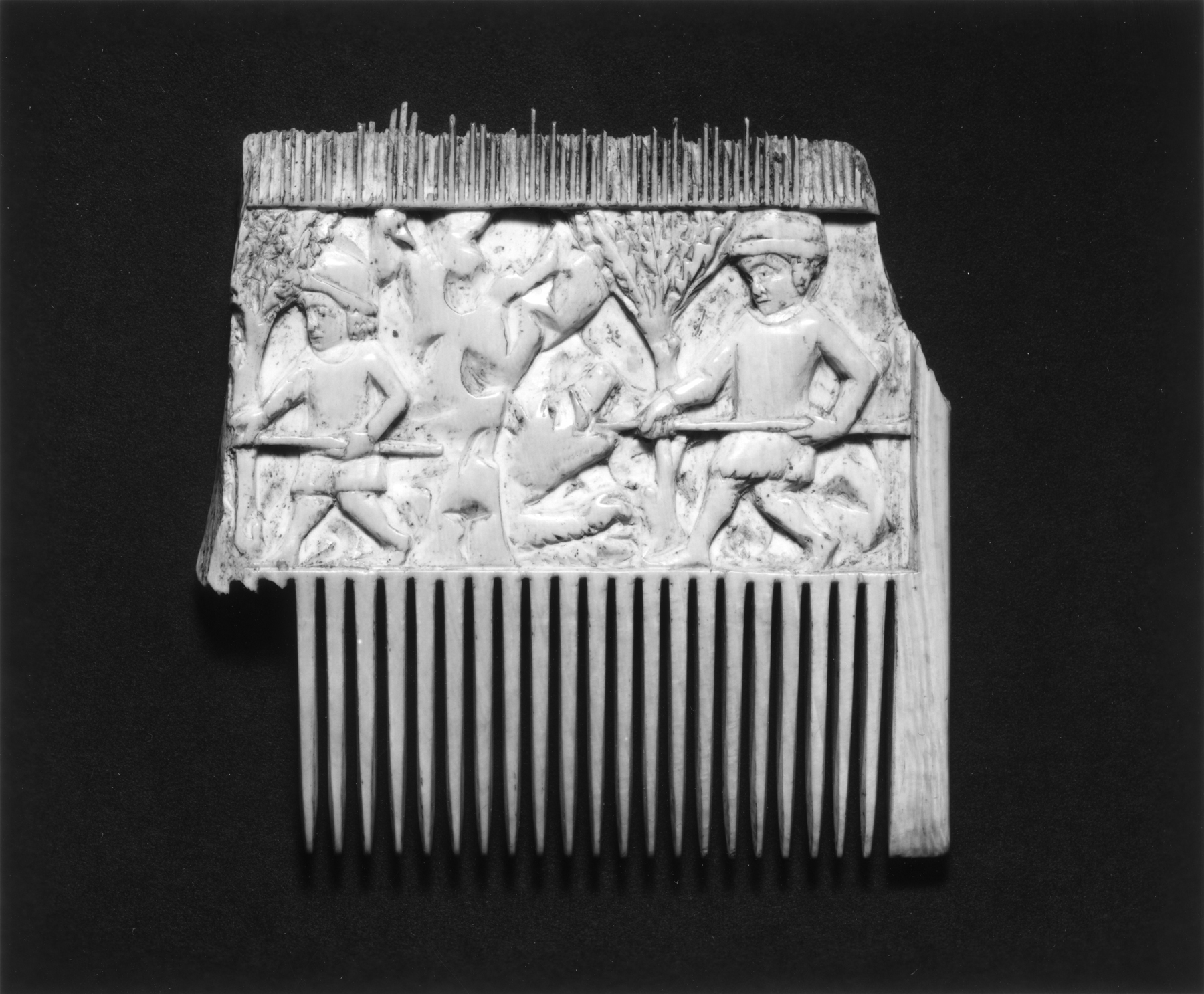 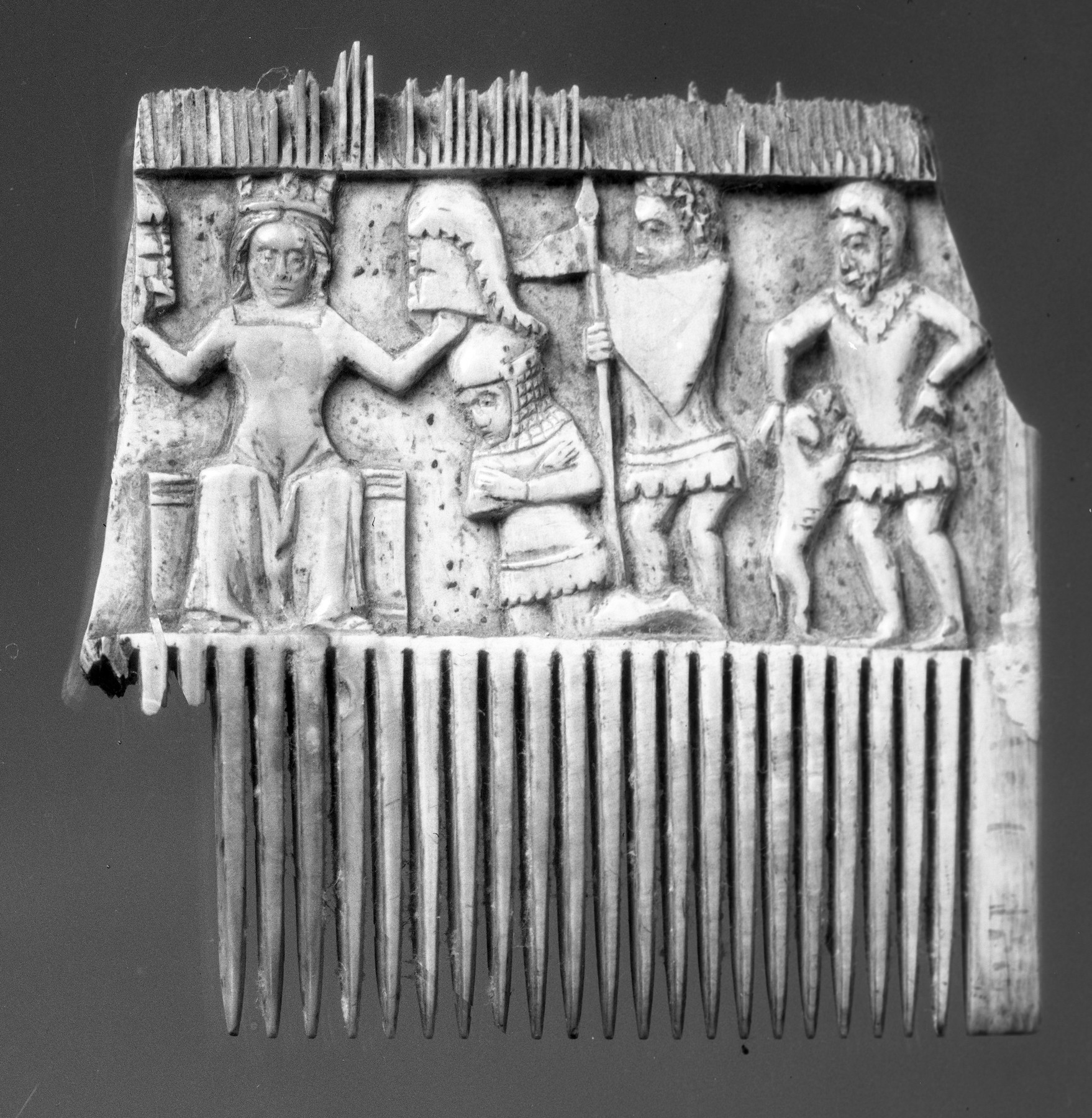 Comb with Lady Love and a Hunting Scene

The comb is carved on either side in two sunken panels between the teeth; about three-quarters of each scene is preserved. On one side Lady Love sits enthroned, presenting mantled helms to kneeling knights. The knight on her right wears a steel cap and coif, a jupon with a dagged edge (brigandine (?)) and hose. The second knight, who is standing, is helmetless and holds a spear and shield; the third, also standing, wears a cloth hood with a dagged edge.

On the reverse is a hunting scene with two men wearing hunting hats with turned-up brims. In a setting defined by two stylized trees, the first figure spears a boar emerging from a rocky landscape; the second figure spears a missing animal. Traces of gilding and color remain. The comb is broken nearly in half, and all its smaller teeth are missing.