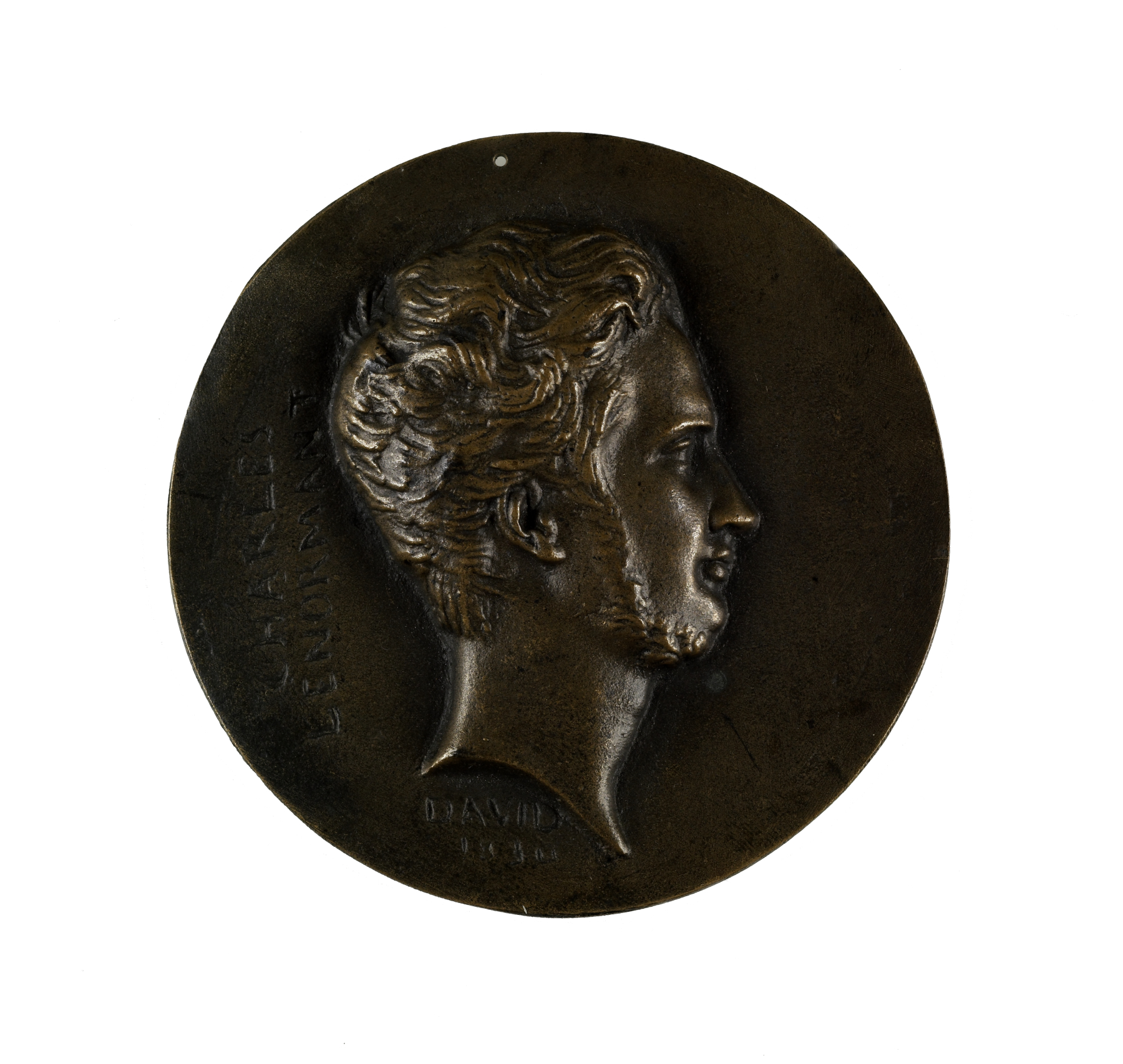 Charles Lenormant, French archaeologist and historian became passionately interested in archaeology while in Italy preparing for a career in law. Returning to France, he was appointed inspector of fine arts in 1825. Lenormant went to Egypt with Champollion in 1828 and to Greece as part of the Morée commission expedition. At the fall of Charles X, he held numerous official positions, though he was forced to resign in 1846 for his political convictions. He wrote a number of books on archaeology and history.