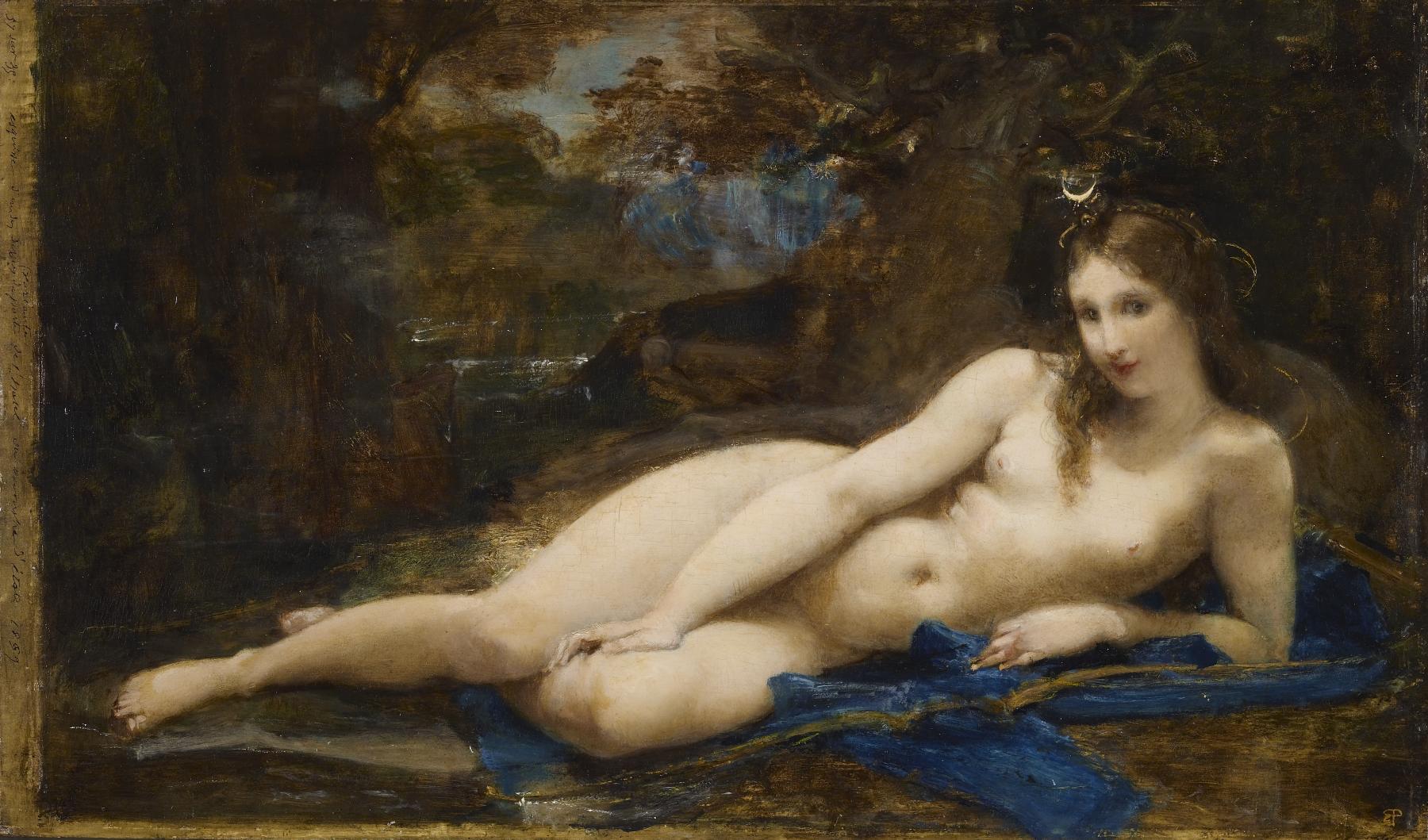 The nude goddess, identified by the crescent moon in her hair and the bow and quiver at her side, reclines on a blue drapery in front of a recumbent stag in a wooded glade. An early inscription identifies this painting as a variant sketch for an overdoor in the hôtel of Achille Fould, the Minster of State. The hôtel, on the rue du Faubourg-Saint-Honoré, was acquired by the Duc d'Aumale in 1872, and its decor was transferred to the Château of Chantilly six years later. The overdoor, "Diane au repos," and another, "Venus jouant avec l'Amour," were both mounted in the Galerie des Cerfs. The actual overdoor is painted in "grisaille" unlike our sketch which is in naturalistic colors. In the overdoor the majestic stag is an integral part of the composition, whereas in this sketch he is barely discernible in the right background.

This composition illustrates the artist's practice of imparting to his traditional subjects an air of modishness or coquetry, that may have resulted from his occasional use of professional beauties as models. The figure of Diana reposing in the sketch and the overdoor bears a striking resemblance to Blanche D'Antigny, an actress who at the age of eighteen modeled for Baudry's famous "The Penitent Madeleine," painted about the same time and acquired by the State at the 1859 Salon for the Nantes Museum.