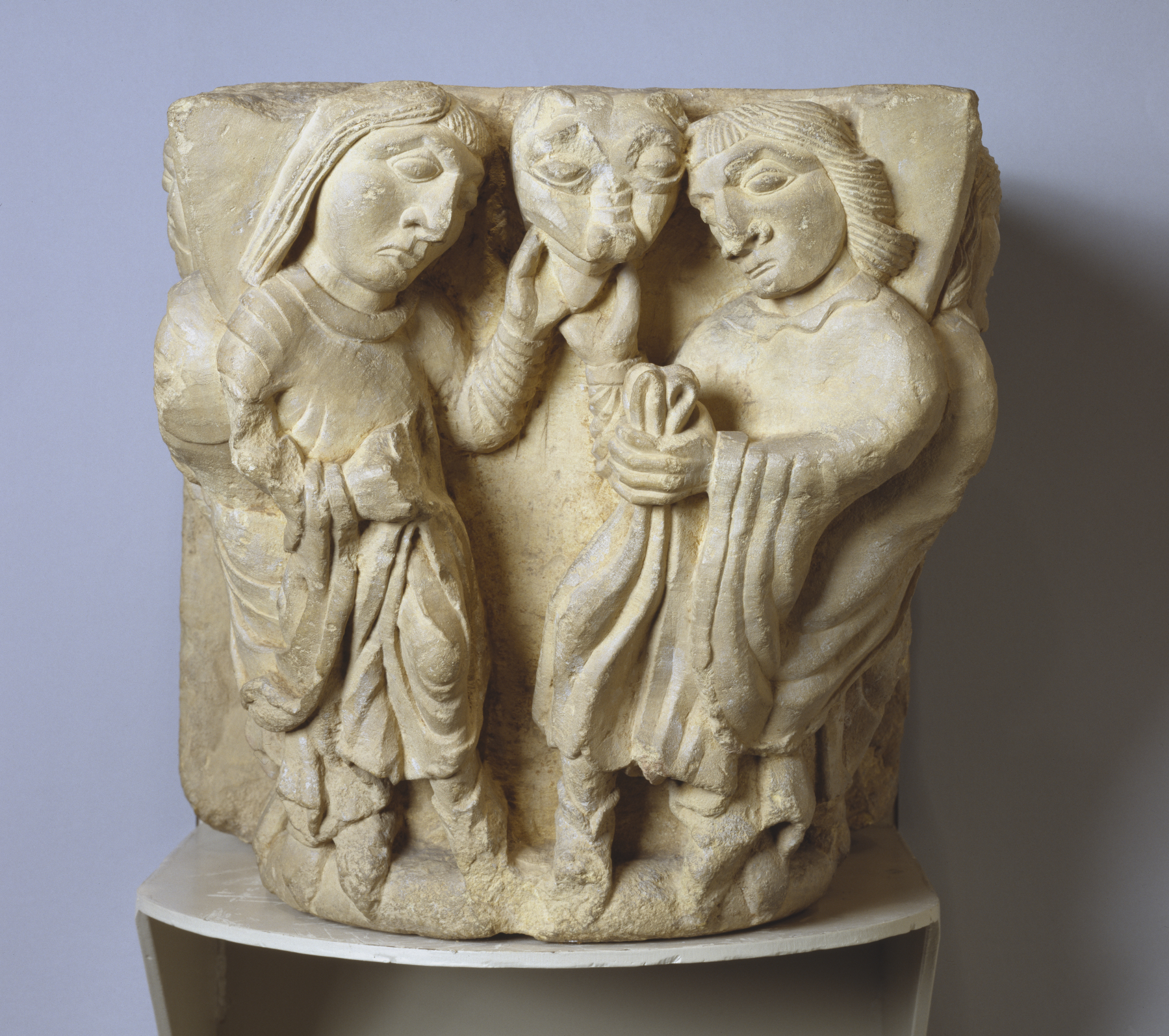 Capital with the Mouth of Truth

The scenes on this expressive capital and on its companion (Walters 27.305) have yet to be identified precisely but appear to involve tests of justice. This capital shows two men swearing an oath by placing their hands in the mouth of a Roman lion mask, "the mouth of truth," that will bite down on those who swear falsely. The capitals were made for the interior of a church and may illustrate stories from Spanish literature of the time, in which themes of virtue and justice were common. 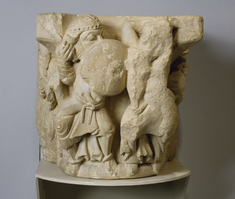 Capital with Scene of a Duel