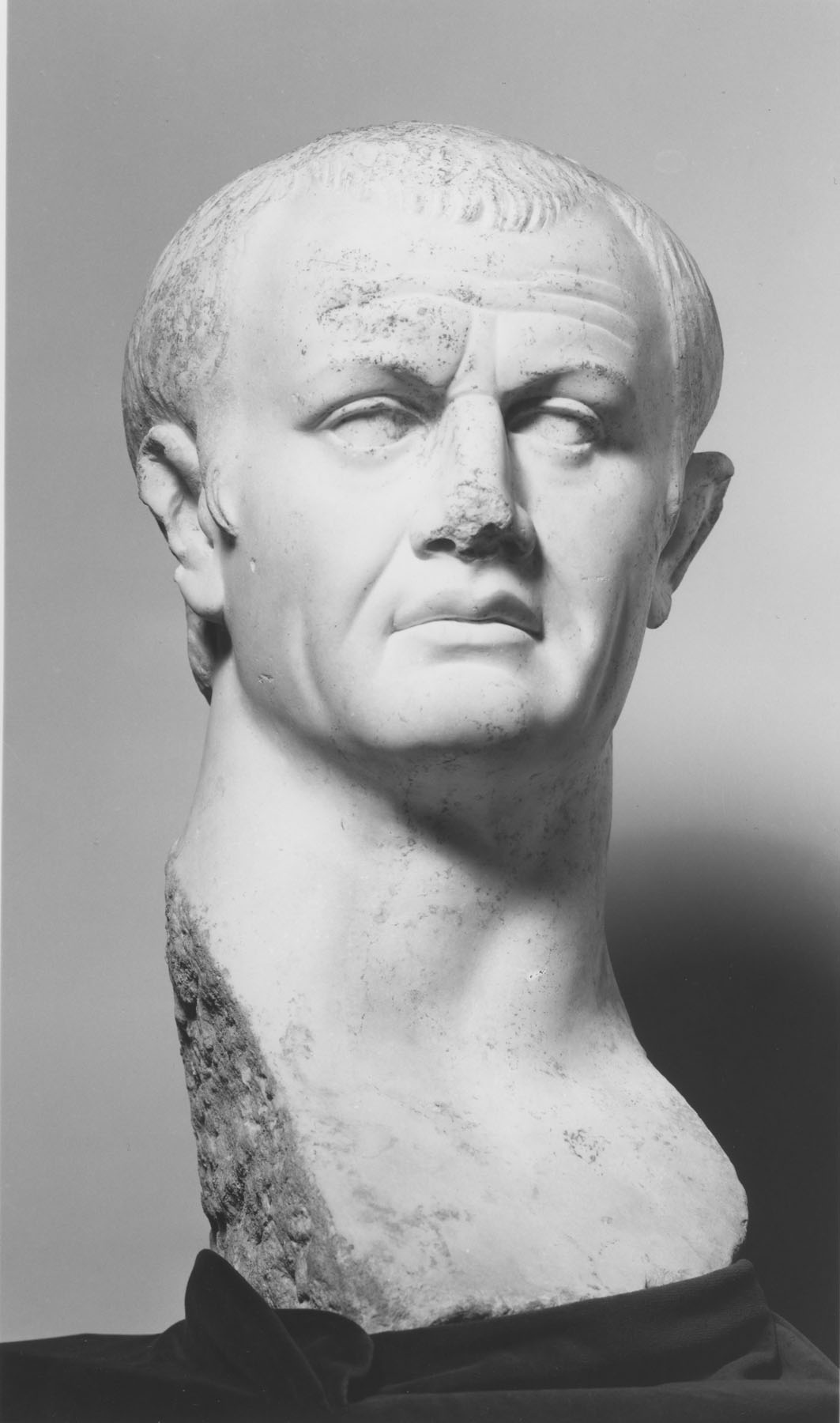 Head of an Emperor

The large eyes and distinctive features suggest that this head represents the Flavian emperor Vespasian (reigned 69-79 CE). However, the flatness of the face and hairstyle suggest that this was originally a portrait head of Emperor Nero (reigned 54-68 CE) that was re-carved to resemble Vespasian.