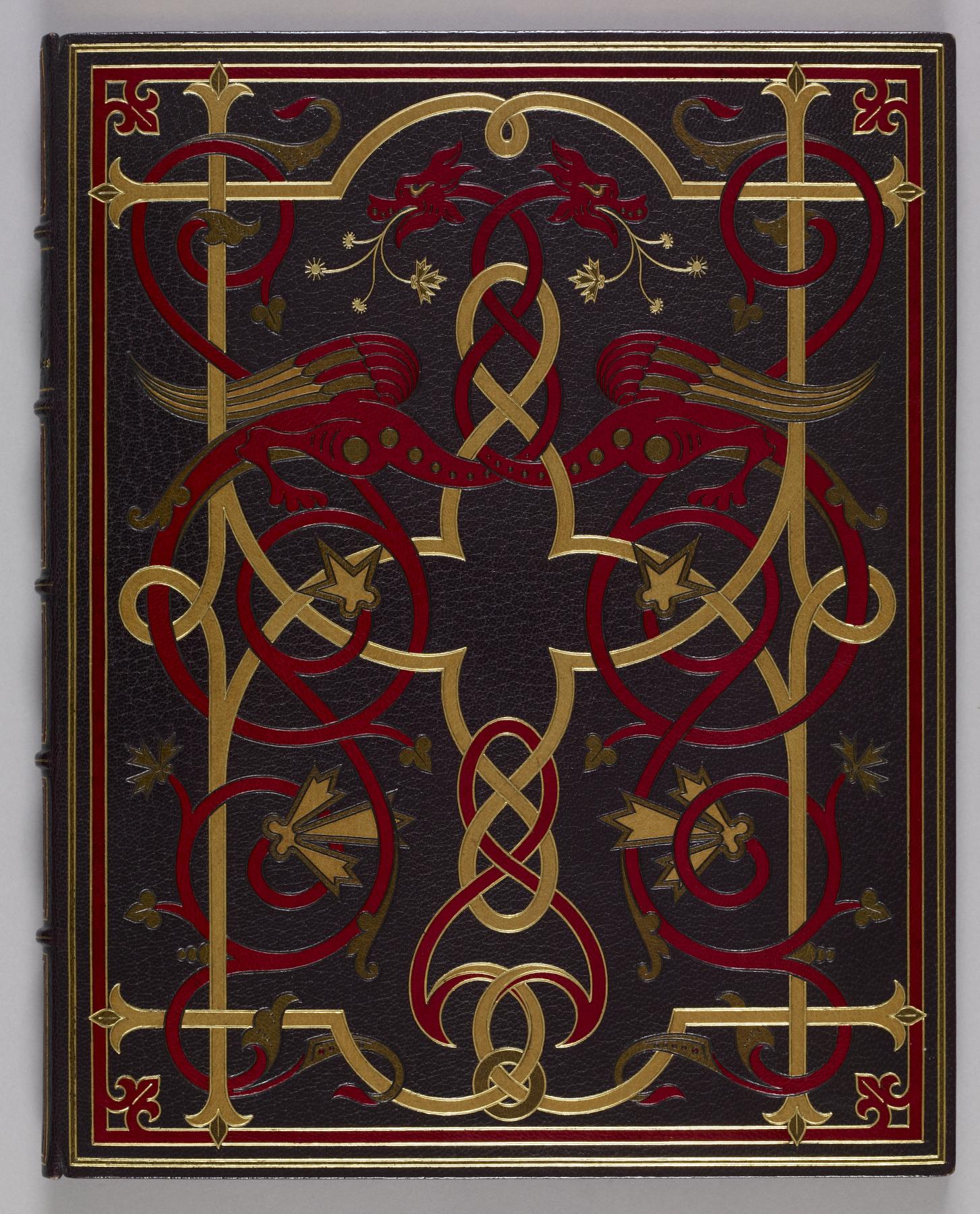 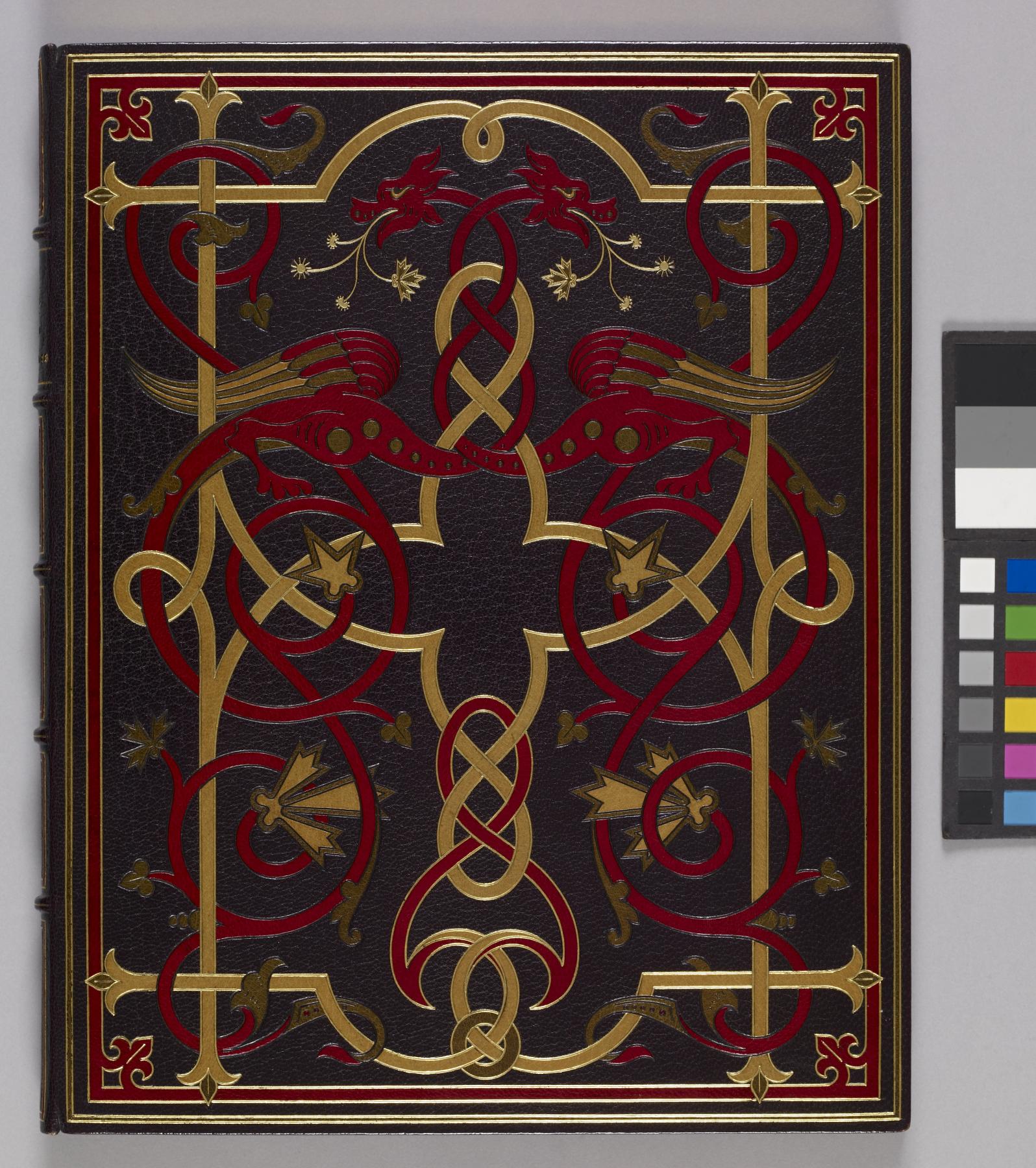 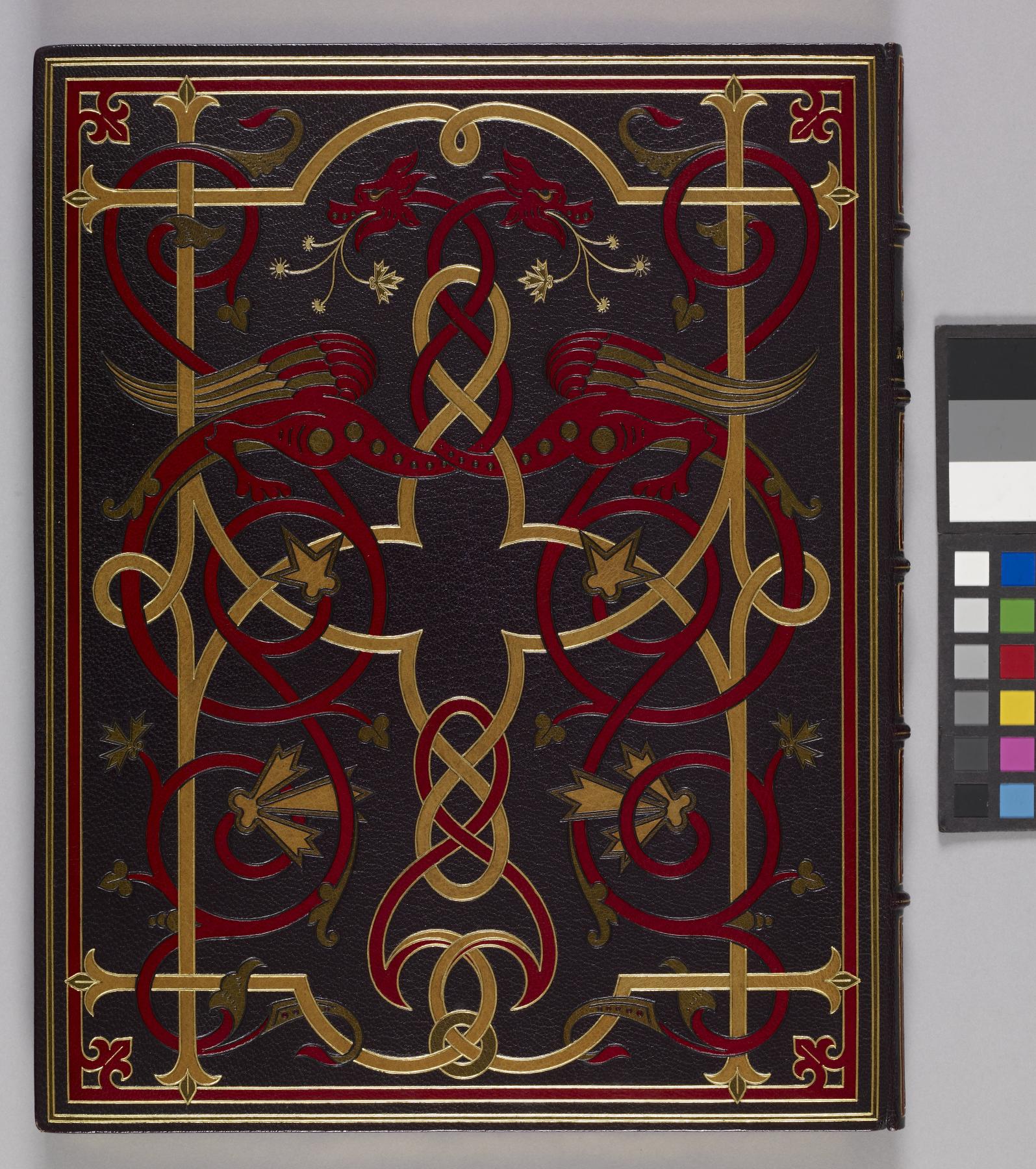 This illustrated edition of a poem by Johann Wolfgang von Goethe (1749–1832) written in 1782 includes the piano score of the music to which it was set by composer Franz Schubert (1797–1828) in 1815. The binder, Léon Gruel, chose to employ a traditional 16th-century style of decoration featuring interconnected ribbons called "strapwork." However, he added a bit of Gilded Age flair. Two dragons with necks entwined add a dramatic element that would not have been found in the original version of the style.

Acquired by Henry Walters, before 1931