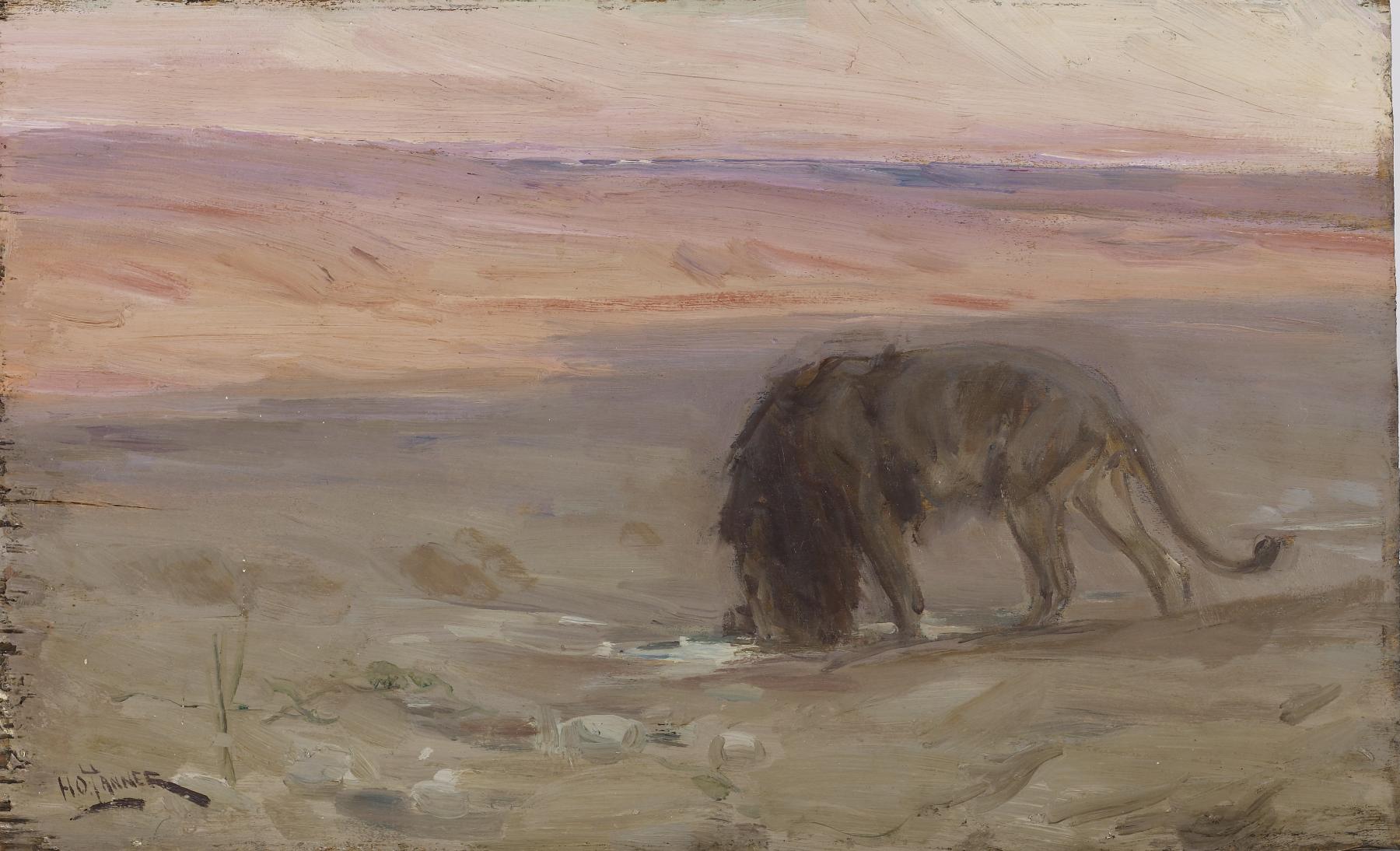 Henry Ossawa Tanner is regarded as one of the most distinguished African American painters. Tanner received his training at the Pennsylvania Academy of Fine Arts in Philadelphia under Thomas Eakins and at the Académie Julian in Paris. After 1895, he lived in Paris and painted religious works inspired by his travels in the Holy Land. This painting dates from ca.1897 and is probably set in Palestine. It appears closely related to another painting of several lions from around the same date: "Lions in the Desert" (1897-98) in the Smithsonian Institution, Washington, DC. Like the lions in the Smithsonian's painting, the lion in this work bares a strong compositional resemblance those seen in the work of Jean-Léon Gérôme. Tanner depicted lions throughout his career, and they may have had a special symbolic meaning for the artist.

Museum purchase with funds provided through the bequest of Laura Delano Eastman by exchange, 2012