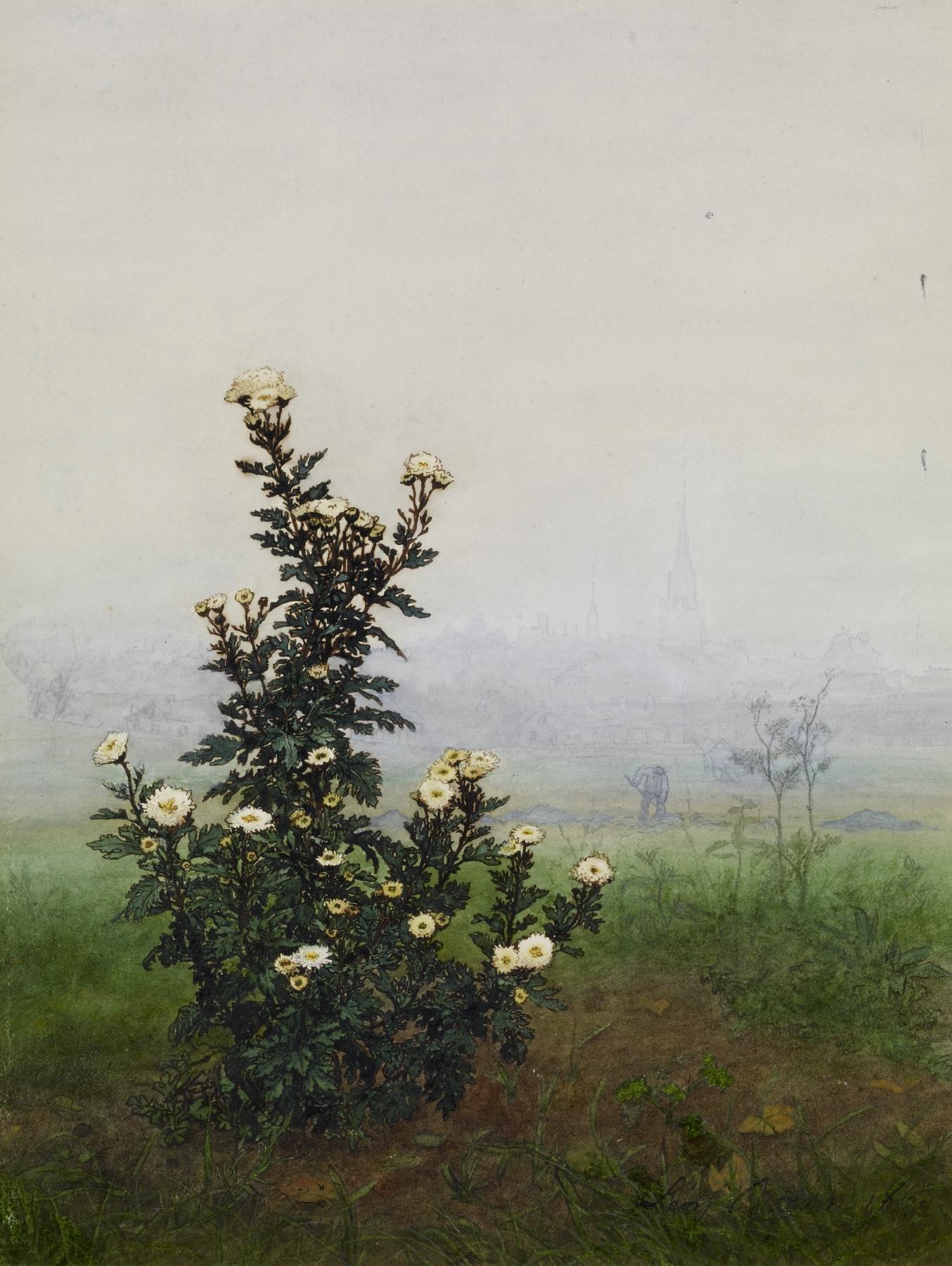 Feverfew in front of a Landscape, Issy-les-Moulineaux (?)

In this scene, Bonvin has masterfully conveyed the time of day-the early morning when he was free to paint-a chrysanthemum plant is silhouetted against an uncultivated patch of wild carrots, grasses, and weeds. In the mid-ground, a peasant stoops, toiling in the soil; discernible through the morning mists, rendered in white wash, are houses and church spires. An inscription on the reverse of the sheet identifies the site as the plain of Issy just outside Paris's fortifications. In the 1860s, both Vaugirard and the adjoining village of Issy were rapidly being developed to provide housing for those who had been displaced by Baron Haussmann's transformation of the core of Paris.