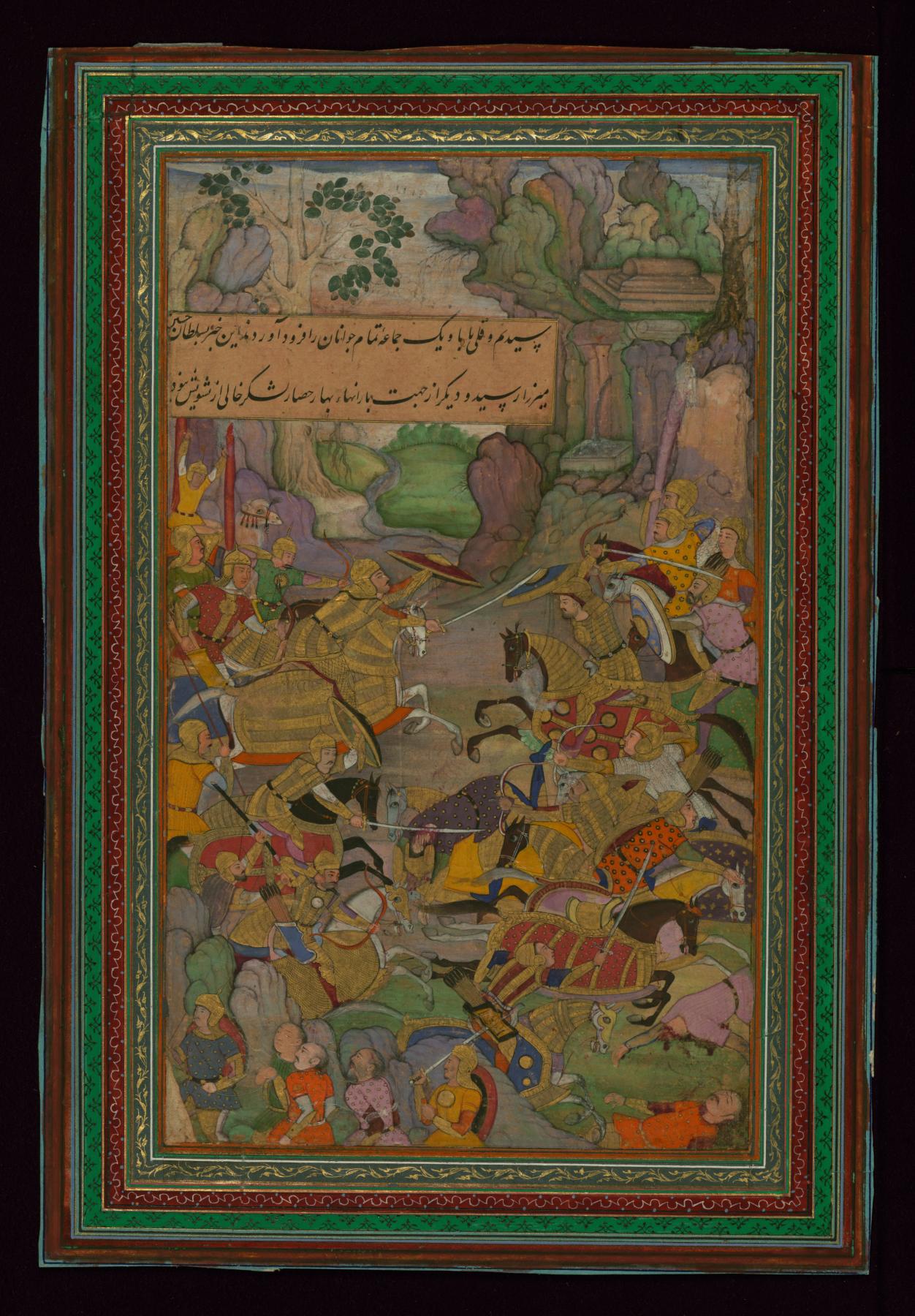 Single Leaf of a Battle Scene from the Baburnamah

This single leaf of a battle scene, Walters manuscript leaf W.683, comes from an illustrated Baburnamah (Memoirs of Babur) executed in Mughal India during the late 10th century AH/AD 16th. The text, written in black Nasta'liq script, comes from a description of the events of the year 901 AH/AD 1495-1496. It describes how Sayyidim, Quli Baba, and several warriors were unhorsed in battle and how news of their fate reached Sultan Husayn Mirza (died 911 AH/AD 1506). The polychrome borders surrounding this page date to the 13th century AH/AD 19th. 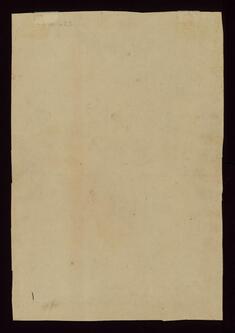 A Battle Scene (Back) 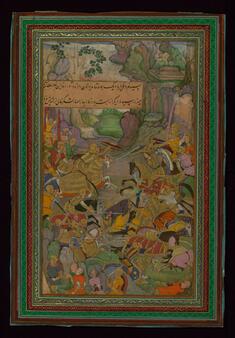