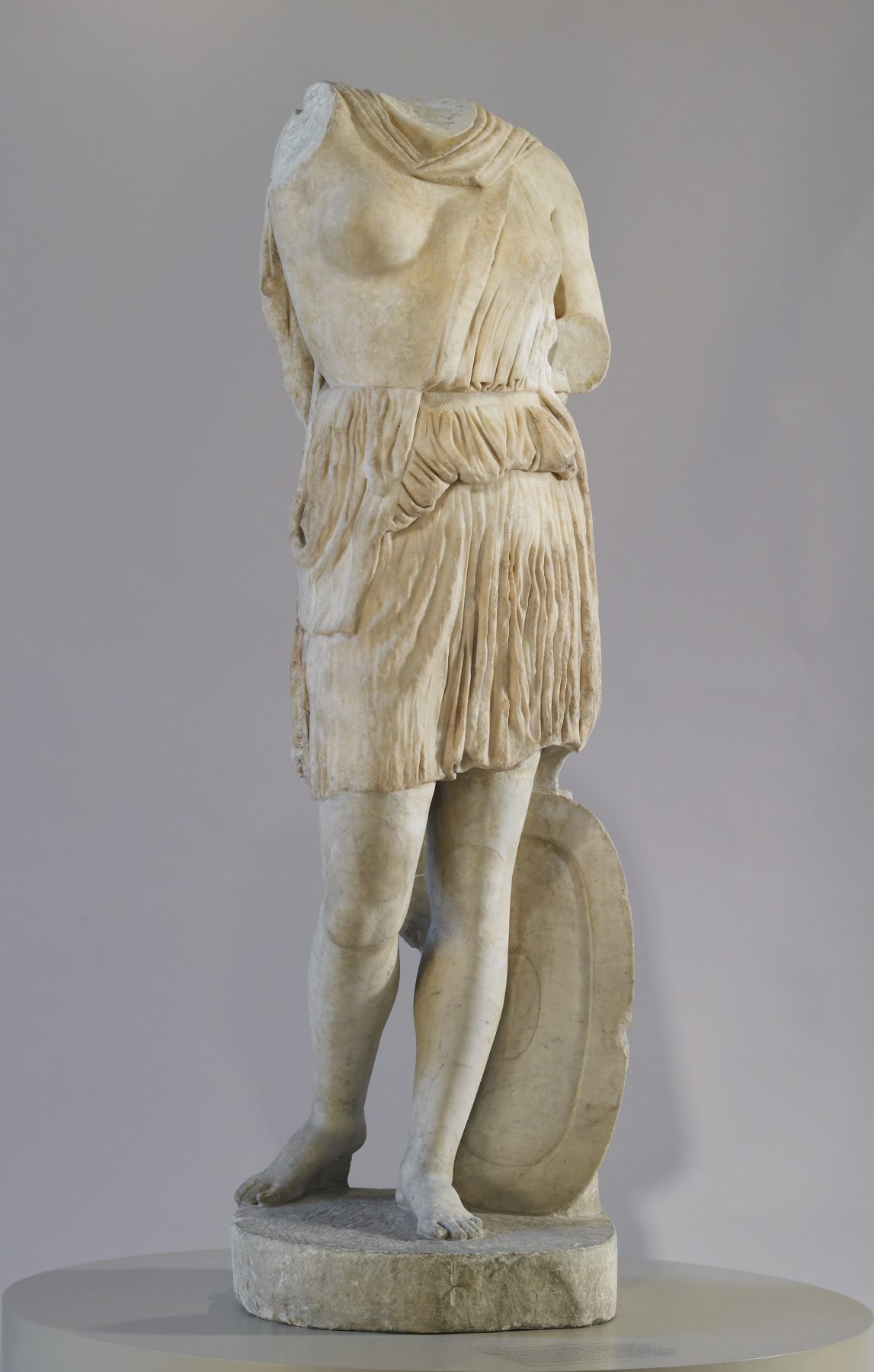 In mythology, Amazons were mighty female warriors who fought against the Greeks. These sensual but fierce women offered Classical sculptors the opportunity to depict the bared female breast. This statue reproduces a famous Greek original depicting an Amazon wounded beneath her right breast. It was one of several statues of Amazons entered in a sculptors' competition at the Temple of Artemis at Ephesus in western Asia Minor, about 440 BC. The sculptor of this entry is believed to have been Kresilas. According to the ancient writer Pliny, the contest was judged by the sculptors themselves, and each voted for his own first and gave second place honors to a work by Polyclitus, making him the winner. Kresilas received third prize.