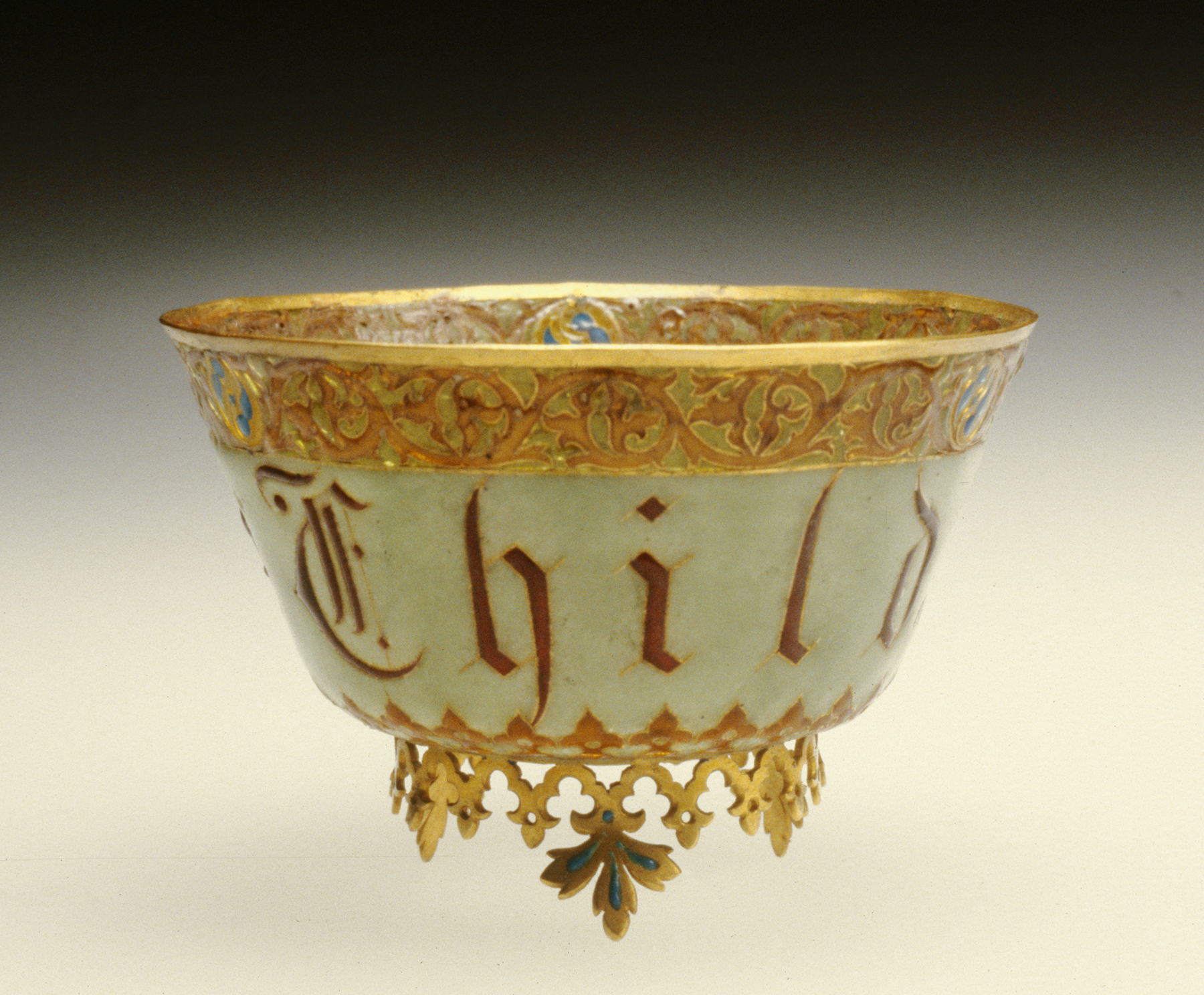 Thesmar began his career designing textiles but was later employed as an enameler. Beginning in about 1890, Thesmar began to work in "plique-à-jour," or openwork, enamel. By 1912, the year of his death, Thesmar was acclaimed as France's finest enameler. Because of their extreme fragility, few of his works survive.

This cup commemorates the death of the American author and critic, Theodore Child (1846-92).