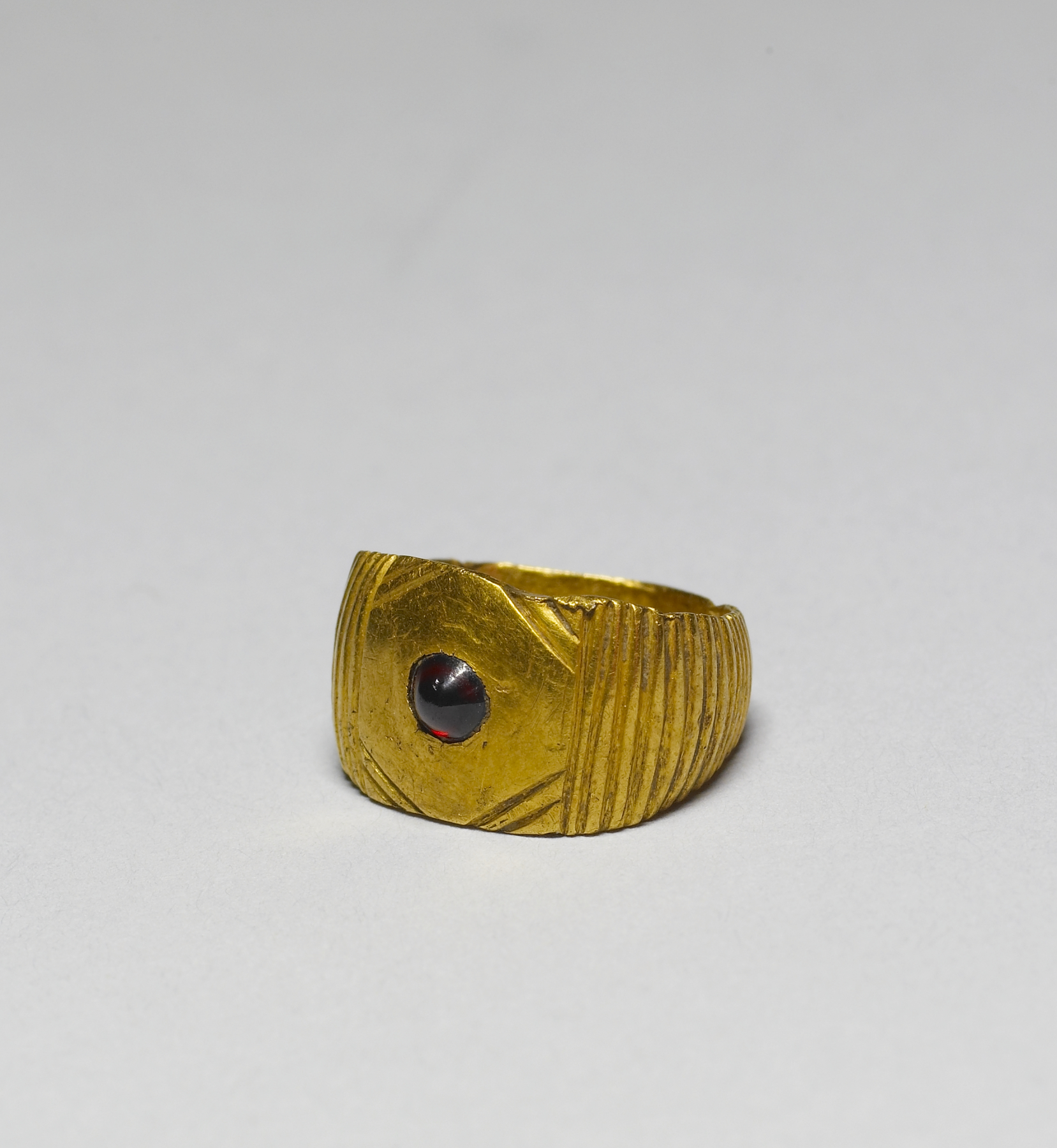 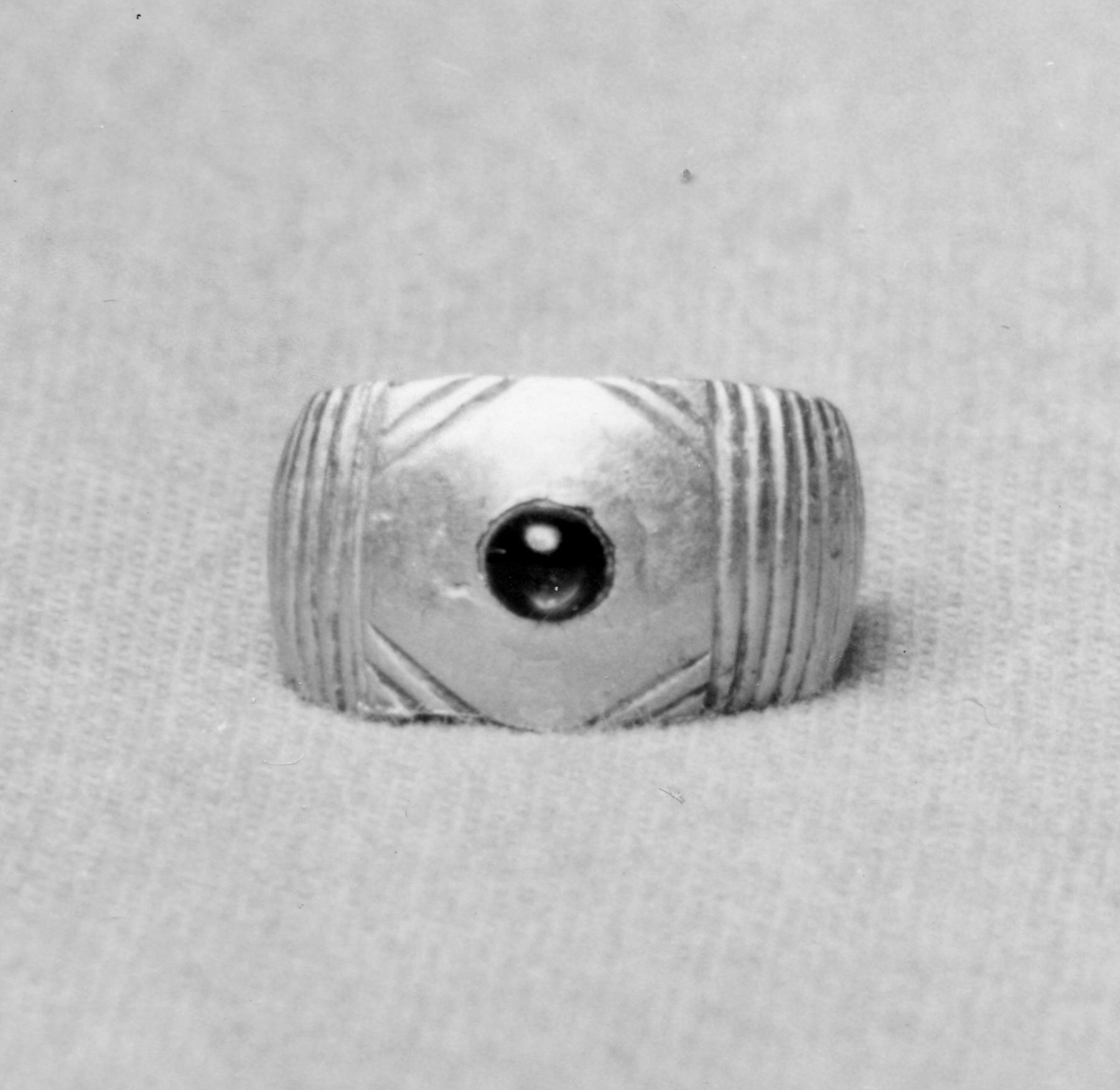 The engraved hatching of this ring is characteristic of much Migration period jewelry, as is the combination of gold and red stones (usually garnets). The small size does not necessarily indicate that this ring was intended for a child. From ancient times through the Middle Ages rings were commonly worn on all joints of the finger.