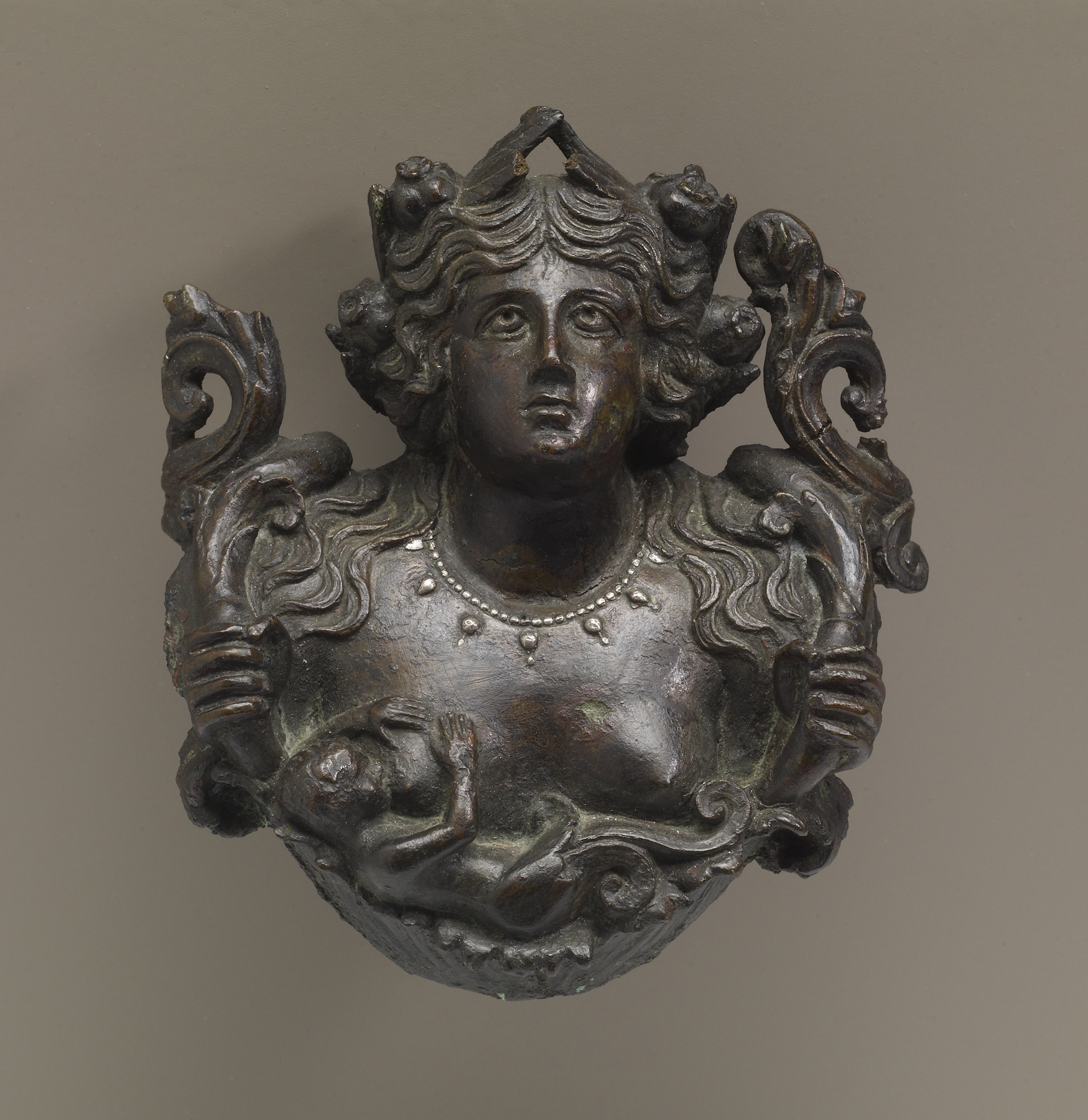 Many religions were syncretistic, meaning that as they grew and came into contact with other religions, they adopted new beliefs and modified their practices to reflect their changing environment. Both Greek and Roman religious beliefs were deeply influenced by the so-called mystery religions of the East, including the Egyptian cult of Isis, which revealed beliefs and practices to the initiated that remained unexplained, or mysterious, to the uninitiated. Most popular Roman cults had associations with these mystery religions and included the prospect of an afterlife.

The bust of the earth-goddess Gaia, suckling a child at her breast, would have decorated a vessel.