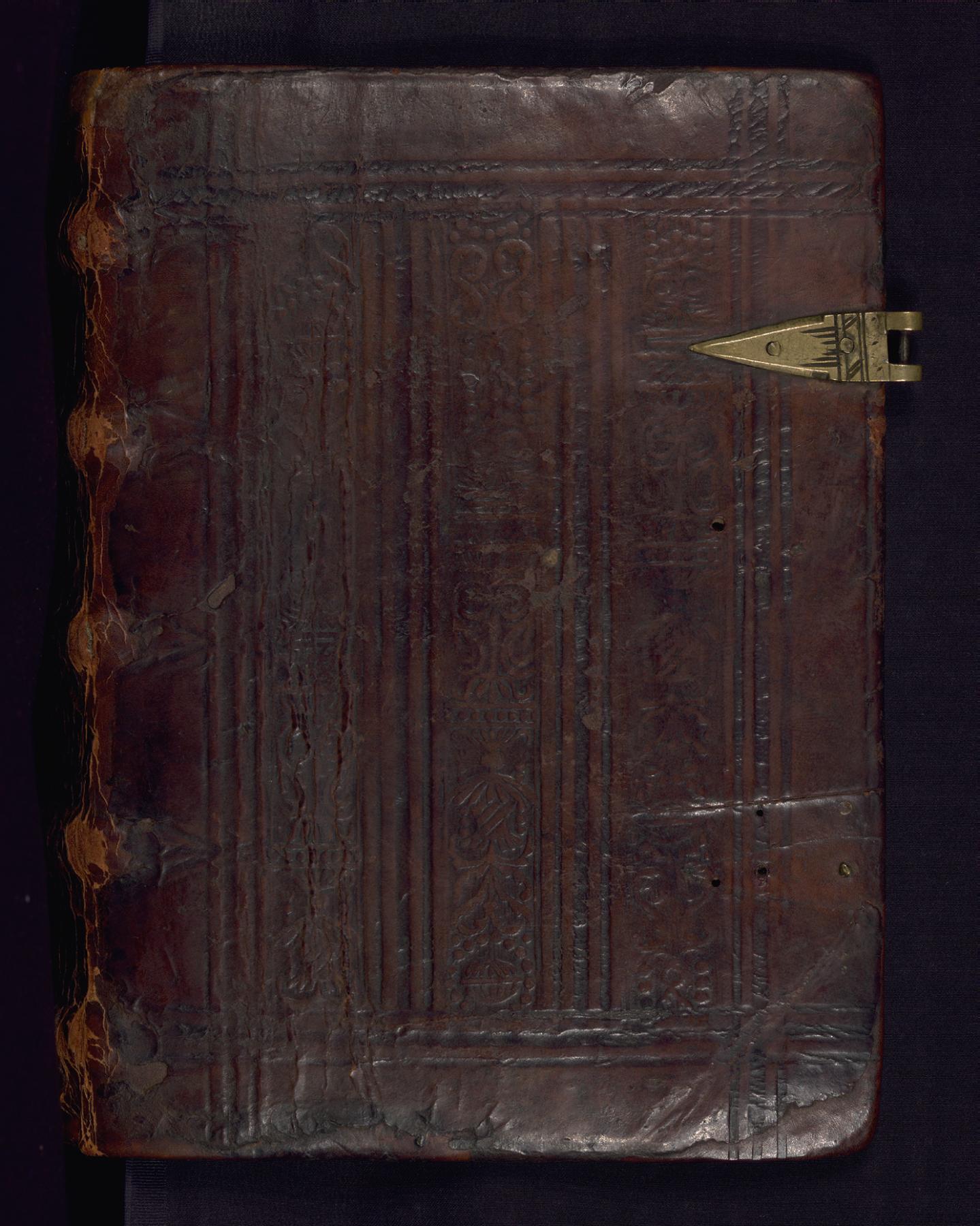 This Psalter was made for Franciscan use in Cologne in the late thirteenth century. It was owned in the late fifteenth or sixteenth century by the Augustinian nuns of St. Cecilia in Cologne, who added the calendar, the Breviary texts, prayers, and the Collect at the end. The manuscript is written in Latin and in the Ripuarisch dialect spoken in the Cologne region. The style of the historiated initials, as well as that of the bar borders topped with grotesques, closely resembles the style of Walters Ms. W.41 and of the two graduals made for the Franciscans of Cologne in 1299 by Johannes von Valkenburg (Cologne, Diozesanbibliothek, Ms. 1B, and Bonn, Universitatsbibliothek, Ms. 384). It is a well-preserved example of High Gothic illumination in Cologne. 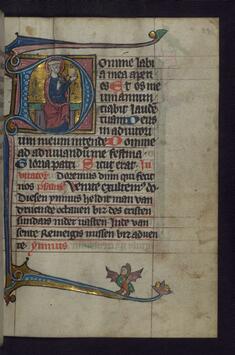 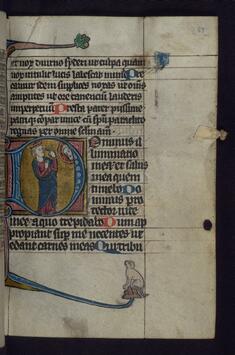 Initial D with David Pointing to His Eye Before the Face of God; Dog in Margins 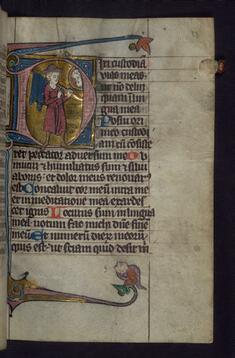 Initial D with Pilgrim Below the Face of God; Hybrid Animal in Margins 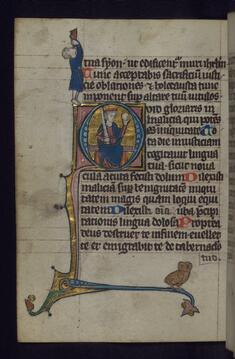 Initial Q with David Enthroned with Sword and Orb; Owl and Man Blowing Horn in Margins 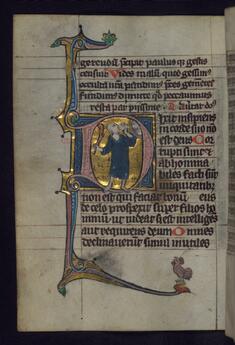 Initial D with Fool Holding a Club and Eating a Loaf of Bread; Rooster in Margins 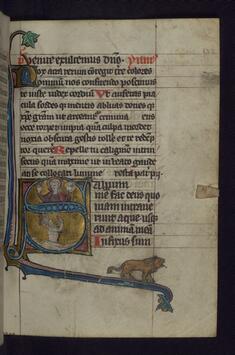 Initial S with David Bathing in the Sea and God Blessing; Lion in Margins 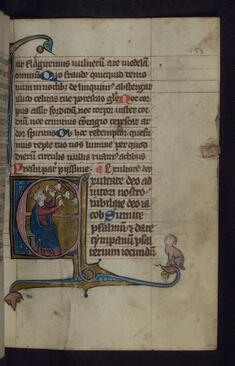 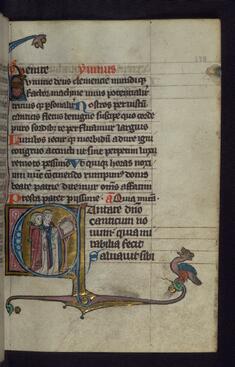 Initial C with Two Clerics at a Lectern; Hybrid Animal in Margins 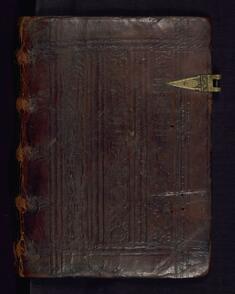