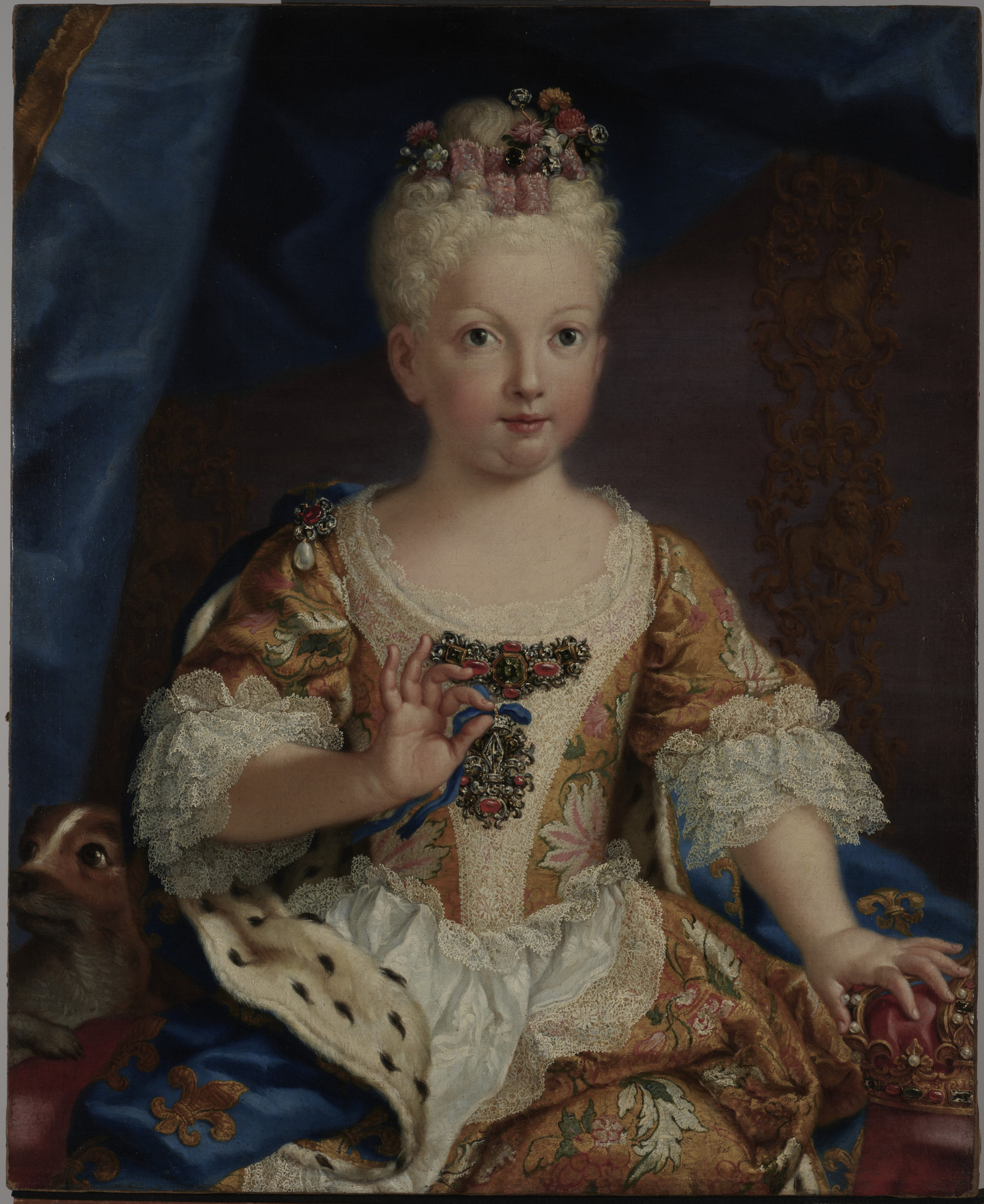 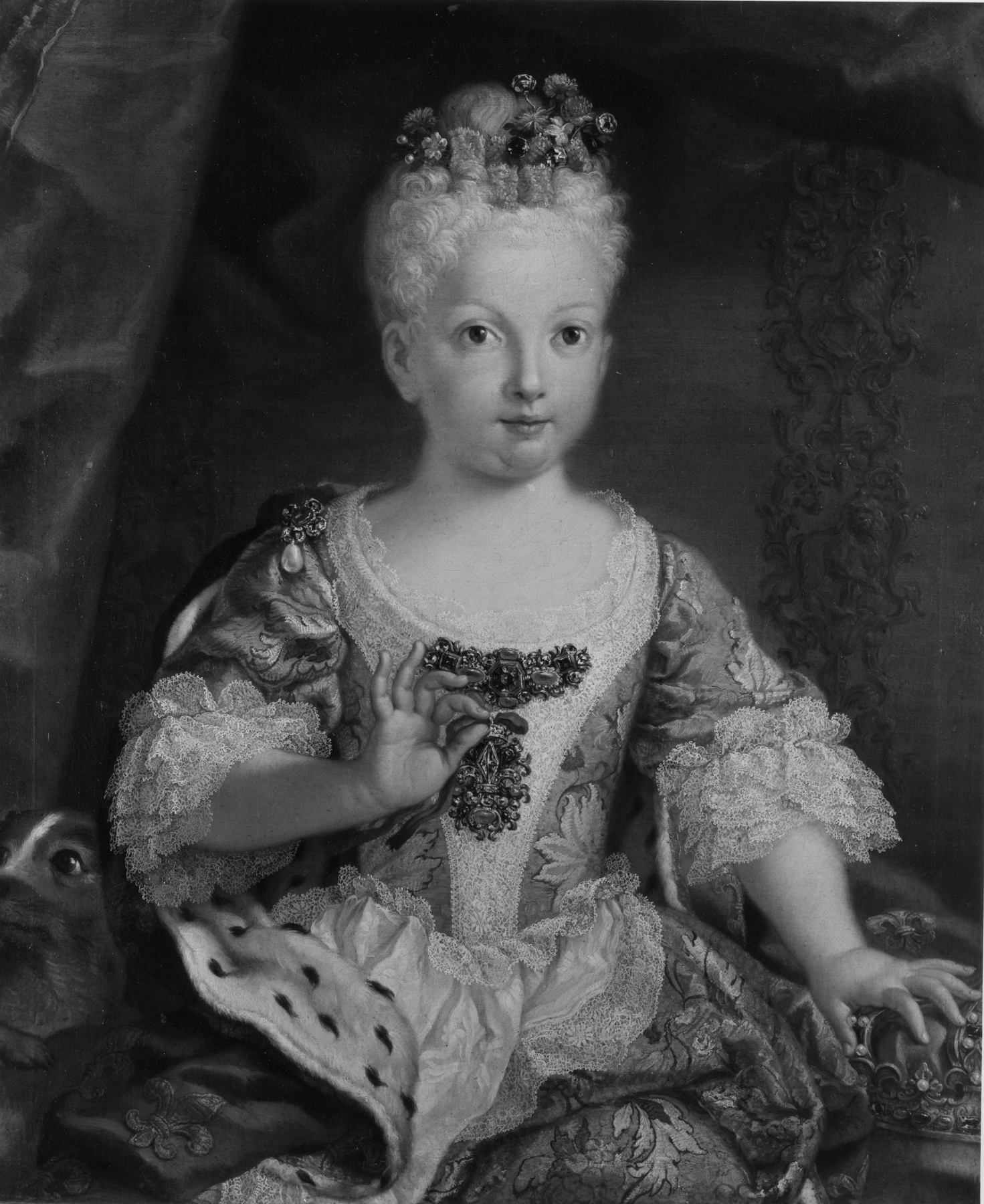 Maria Ana (or Mariana, Marianne) Victoria de Borbón (1718-1781) was the eldest daughter of Philip the V of Spain and Elizabeth Farnese. She was engaged to Louis XV of France at the age of five, but the engagement was terminated in 1725, and in 1729 she married Joseph I of Portugal (1714-1777). From 1774 until the death of her husband in 1777, Maria Ana reigned on behalf of Joseph, who had been declared incapable of ruling.

This portrait dates from the time of her engagement to Louis XV, indicated by the multiple appearances of the fleur-de-lis (lily), the heraldic symbol of the French monarchy. It not only adorns Maria Ana's ermine cape but also appears in the scrollwork on the wall behind her as well as in the center of the large pendant she is holding in her right hand and the crown on which her left hand is poised- another allusion to her anticipated future status as queen of France. Maria Ana is portrayed as a young girl in a lace-trimmed dress with her pet dog by her side, showing off her impressive jewelry, which includes a brooch on her right shoulder, a large, gemstone-studded dress ornament on her neckline and- fitting for her age- gemstones and pearls arranged as small flowers in her hair.